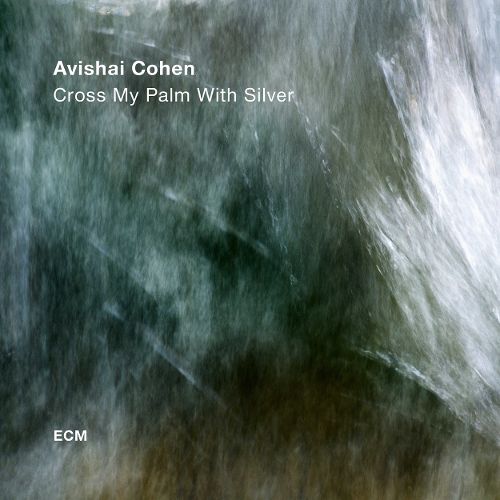 The new cd from trumpeter Avishai Cohen is called ‘Cross My Palm With Silver’. It is the successor of the acclaimed album ‘Into The Silence’, both have been produced by the German label – ECM. The title of the album perhaps refers to the future of Avishai Cohen, or possible what the future will bring to the listener.

The only thing that disappoints me is the playing time of the cd. Less than 38 minutes of music is minimal. Nevertheless, the music of Avishai Cohen and the members of his Quartet is triple A quality.

Pianist Yonathan Avishai, bassist Barak Mori and drummer Nasheet Waits are musicians of the highest level. The cd is an absolute must. The trumpeter creates an atmosphere comparable to the music of Miles Davis. His playing is sometimes velvety and full of kindness, but he can be hard (and very clear) in the high notes and up-tempo.

“All of these people together are my dream team’’, says the trumpeter of fellow players Yonathan Avishai, Barak Mori and Nasheet Waits.”I feel we’re in a perfect place with the balance. It’s open and there’s so much room for the improvisation to take the music any place we can. At the same time the composition is very specific and the vibe is very direct and thought about.’’

Avishai Cohen composes all five tracks. He is a man who is involved in what is going on in the world and translates his emotions in his music. The number ‘ 340 Down ‘ is about a boat with refugees who drown in the Mediterranean as they are on their way to Europe, looking for a better future.

‘Theme for Jimmy Greene’ pays homage to the saxophonist, whose 6-year-old daughter was killed in a shooting. This incomprehensible act on the Elementary School in Newtown took the lives of twenty children and six adults. The music grabs your emotions to a very deep level if you know the history.

Avishai Cohen plays with his Quartet at the North Sea Jazz Festival (July 7, 8 and 9) in Rotterdam, The Netherlands. This year pianist and composer Chick Corea is artist in residence at the largest multiple-day indoor festival in the world. In Ahoy 70,000, visitors are expected. Chick Corea, was recently named to Jazz Composers’ Hall of Fame (along with posthumous awards to Duke Ellington and Mary Lou Williams).