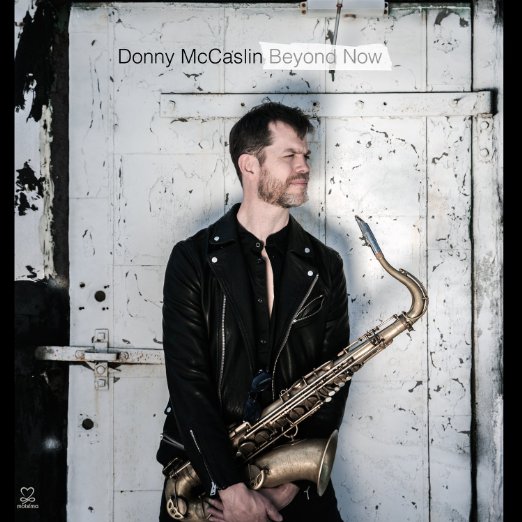 For their upcoming appearance at the Colours of Ostrava Festival, set in its apocalyptic ruins, yet surreal environs in an industrial region of northeast Czech Republic, the Donny McCaslin Group will be performing on a large stage for full effect: a jazz-infused tribute to David Bowie.

Donny McCaslin is touring his newest album “Beyond Now” (on Motema), which begins with “Shake Loose” a scorching track lead by McCaslin’s saxophone solo. It is an announcement in exuberance and in epic proportions. It is also appropriately so, for McCaslin, as a New York-based jazz saxophonist, has recently been in the spotlight. After all, McCaslin and his group, was picked by David Bowie to record “Blackstar,” Bowie’s final album, released two days before Bowie passed away in January 2016. Therefore, in turn, McCaslin’s latest recording is a heartfelt and blistering tribute to David Bowie.

The second track on the album, “A Small Plot of Land,” is a cover of a Bowie song from the lesser-known 1995 album, “Outside.” McCaslin’s version features vocalist Jeff Taylor, and it doesn’t even attempt to remake Bowie’s original into a jazz arrangement. It is a forceful song, an experimental pop-rock song just as Bowie strived to record on so many of his many peak albums, like “Heroes,” or “Station to Station.” Taylor is also from the progressive New York jazz scene, playing with McCaslin’s percussionist, Marc Giuliani’s experimental-electronic jazz project, Beat Music.

The bulk of the album, including the title track, “Beyond Now,” and “Bright Abyss” sound like they could have been on “Blackstar,” just yearning for lyrics sung by Bowie, or even now by Jeff Taylor, but still as instrumentals, these are all standouts, like a continuation of the recording session that they did with Bowie in December 2015. As well, for the tour they are performing “Lazarus,” the most prophetic song of all from “Blackstar” in their own jazz-infused instrumental version.

McCaslin’s previous records weave together gritty and angular post-bop, ethereal ballads, polyphonic funky-rock grooves, and spurts of loose dissonance and electronica with an overall soaring musicianship, and on “Beyond Now,” this sound comes out clearest on “FACEPLANT” while the new sound, as an elegiac post-Blackstar project is a departure, or at least a different approach to a good thing anyway, just as Bowie shed his musical skin so consistently to keep himself on the mark.

Bowie never had a chance to tour “Blackstar” and he likely knew this would be the case. So, the Donny McCaslin group’s tour can be appreciated as the Bowie tour that never happened. While the group is in top form for this, besides Giuliani and Taylor, there are long-term members Tim Lefebvre (electric bass), Jason Linder on keyboards, and Nate Wood (guitar) just as Bowie’s players would often consist of solid units like the Tin Machine (1989-91).

Also on “Beyond Now,” McCaslin’s group unveils a cover of Bowie’s medieval-sounding electronica soundscape-chant “Warsawa,” from “Low.” This one best allows Guiliani to unleash his other persona  as electronica wizard, for a warped, future jazz version of Bowie’s masterpiece co-written with Brian Eno. Then at the closing, “Glory,” is the group’s most heated counterpart to “Blackstar.” It would fit no doubt on the melancholic “Blackstar” but the joy in sound goes beyond Bowie’s soaring swan song.

Donny McCaslin’s group performs on the third night of Colours of Ostrava, July 21st, for this unique, four-day/evening musical crossover festival which includes theatre, art exhibitions, and readings and discussions on current social and political issues (often in English and Czech or other languages). Meanwhile, Norah Jones is the headliner on the festival’s opening night, Wednesday, July 19th.

Buy – Beyond Now on iTunes & Amazon