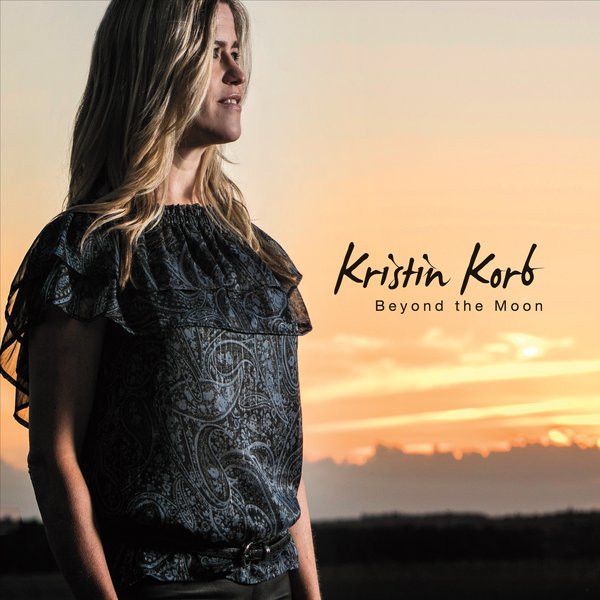 American ex-pat bassist/ vocalist Kristin Korb released her latest CD “Beyond the Moon” in November 2016. Featuring eleven tracks, Beyond the Moon pays homage to the lyrics of Johnny Mercer.

On her website Kristin states “(The Album) includes several of his biggest hits and then takes a voyage of discovery into unpublished texts that Mercer never made into songs.” Writing new music to Johnny Mercer lyrics can be a risky endeavour however the two tracks that fall into this category (“Here You Are” and “Right Under My Eyes”) both work extremely well and display Korb’s affinity and understanding of the genre.

Upon first listen, apart from the superb recording quality, I was struck by Korb’s ability to lay down a solid bass line while at the same time delivering a stunning vocal performance. There is a common belief that women can multi-task well however Korb takes this to the next level. While sceptic’s may claim studio trickery, anyone who has seen her perform live will not need to be convinced.

Recorded with her trio featuring Magnus Hjorth on piano and Snorre Kirk on drums the album, from a stylistic point of view, carries on in the vain that we have come to expect from Kristin – mainstream in nature, beautifully recorded and swinging from the first note to the last.

Album highlights include the arrangement of the 1938 classic “Jeepers Creepers” and the Title track “Beyond the Moon” that is given a moody Bossa Nova treatment with some surprising harmonic substitutions.

The performances on this album are impeccable. Kirsten Korb plays and sings superbly showing total command of both her instruments. Magnus Hjorth and Snorre Kirk show themselves not only to be the perfect accompaniment for Korb however shine in their own right throughout the entire album. Beyond the Moon is an album that will certainly appeal to a wide audience of jazz lovers. – highly recommended.

Track Listing:
Too Marvellous For Words | Baby Don’t You Quit Now | Something Tells Me | Midnight Sun | Jeepers Creepers | Twilight | I’m Old Fashioned | Beyond The Moon | Here You Are | Moon River | Right Under My Eyes.

Kirstin Korb Trio | Don’t Get Around Much Anymore
Recorded live at the Gladsaxe Jazz Club April 7, 2017

Editor’s note: I met Kristin on the Denmark stand at  jazzahead! 2017 (late April) – a very friendly, open and grounded individual.