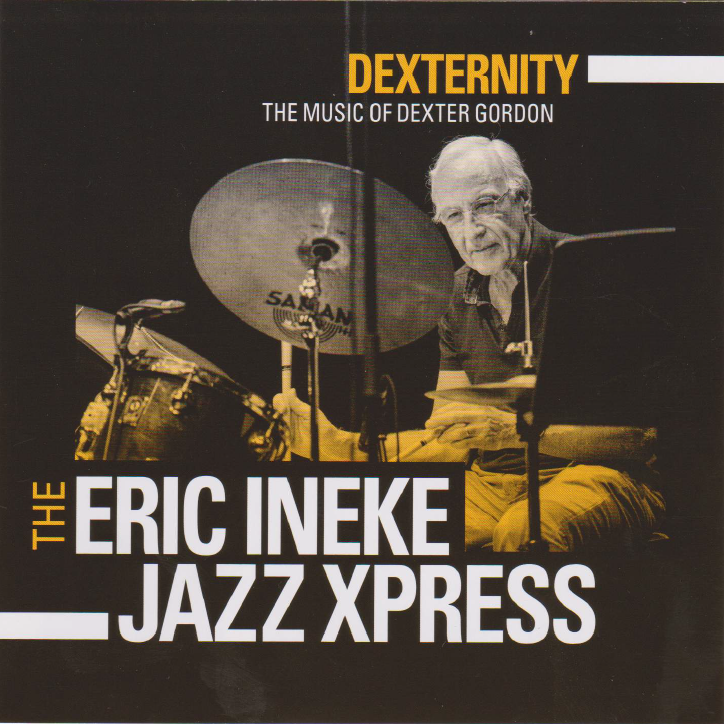 At the end of February in New York, at the famous Dizzy’s Club Coca Cola, part of the Lincoln Jazz Center, renowned musicians play songs of the illustrious tenor saxophonist will pay tribute to the life of Dexter Gordon. The tribute is titled: Dexter Gordon Legacy Ensemble.

Dexter Gordon was born on 27 February 1923. He died in 1990. For fourteen years, the American saxophone player lived in Europe. The Dutch drummer Eric Ineke often played with him and learned a lot from whom he calls “one of the giants of the tenor saxophone. The Eric Ineke JazzXpress has released a cd with the music of Dexter Gordon: Dexternity.  Using many of the saxophonist compositions, emulating the Body and Soul, which the American could play so beautifully.

Eric Ineke hard bop quintet includes some of today’s finest Dutch talents. Trumpeter Rik Mol is a soloist at the famous Metropole Orchestra, saxophonist Sjoerd Dijkhuijzen is an important mainstay of The Jazz Orchestra of the Concertgebouw and the Metropole Orchestra, piano maestro Rob van Bavel. Finally, there’s the bass player Marius Beets. Pianist Rein de Graaff said that Marius Beets is a “Mercedes Benz among Dutch bass players”.  Of course, let’s not forget that Eric Ineke is considered to be one of the best drummers in Europe.

In the first seconds of the cd one hears Dexter Gordon. It is a recording of the announcement of “Fried Bananas”. Then the quintet plays the song, which incidentally is one of Dexter Gordon’s most famous compositions. The hard bop formation in total plays eight songs from the American giant, including “The Panther”, “Tivoli” and “Cheese Cake”. Finally, we hear “Body and Soul”. Incidentally, Dexter Gordon’s version of the classic ballad “Body and Soul” was performed countless time throughout his musical career.

Maxine Gordon, the widow of the musician, and president of The Dexter Gordon Society, says in the liner notes: We are very grateful to Eric Ineke for never forgetting his time with Dexter and for honouring him with this lovely recording. We can be sure that Dexter would be very pleased indeed.’’

Eric Ineke will turn 70 on April 1. Eric’s birthday will be celebrated at the Bimhuis in Amsterdam with a “super jam”. Alto saxofonist Tineke Postma sits in with The Eric Ineke  JazzXpress. Other guests are the piano players Rein de Graaff and Peter Beets, tenor saxophonist Simon Rigter and bassist Ruud Jacobs (www.bimhuis.nl).