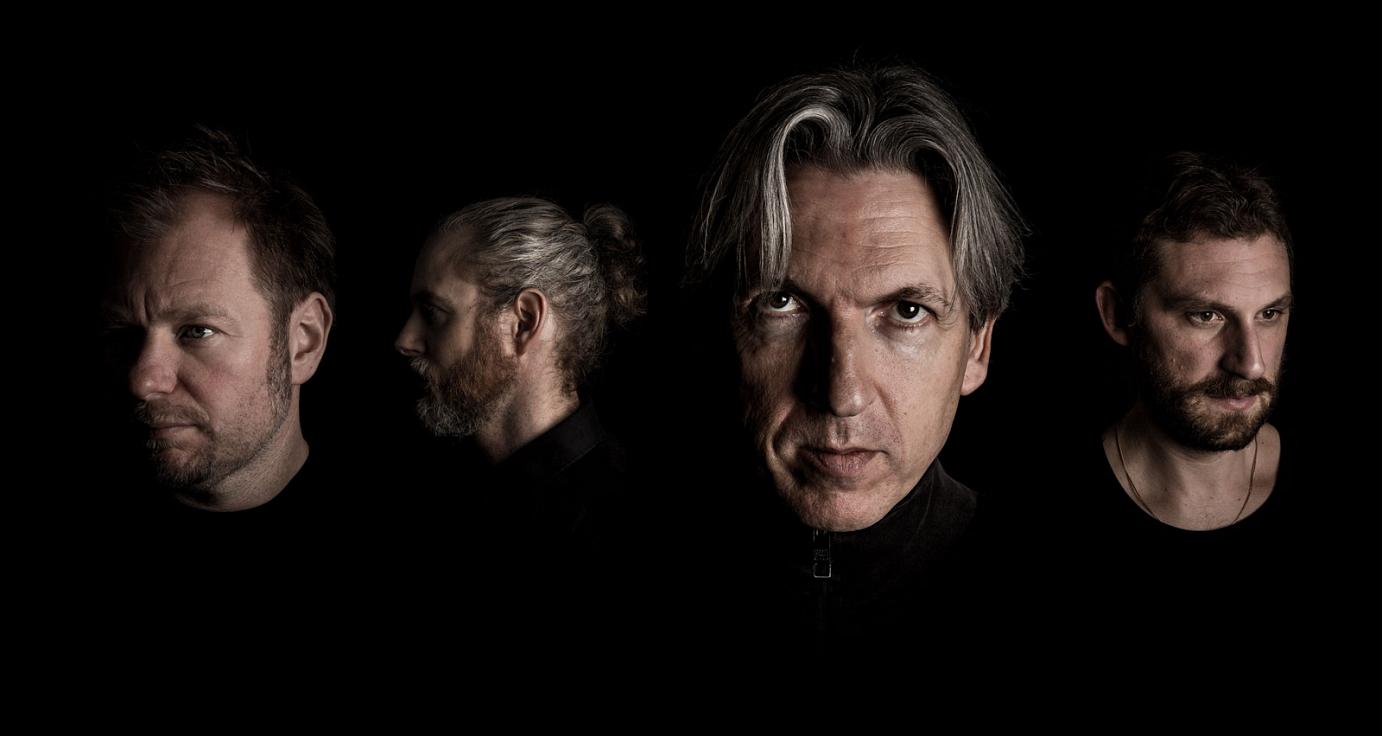 Magnus Öström and his band will be touring Europe to promote their third release “Parachute” (2016, Diesel Music), since he first embarked on a solo career, as a composer in 2011.

On his debut release, “Thread of Life” (2012), the Swedish drummer stood boldly alone on the cover naked from the waist up, holding a cymbal on his side like a shield. He stands baring his chest but not as a challenge, rather it is a pose of vulnerability. It is also one of the most unusual album covers for a jazz group ever.

Magnus Öström (born 1965) recorded this album after a tragedy in his life and career. Öström, after all, is the former drummer of E.S.T., the hugely popular Swedish progressive jazz trio led by pianist Esbjorn Svensson (E.S. Trio), with Dan Berglund (double bass), and Öström (on drums and percussion).  Formed in 1993, the group hit its stride by the end of the 90s.

E.S.T. (short for Esborjn Svensson Trio) were a compelling live act, and one of their best recordings “e.s.t. live in hamburg” in 2007, was a testament to not only their musicianship, but their natural, telepathic understanding of the art of improvisation and live experimentation. The London Times named “Live in Hamburg”  “Album of the Decade”.

Unfortunately Svensson (born 1964), who was also Öström’s child-hood friend for over forty years, passed away in 2008, after a tragic accident while scuba diving. After a hiatus from music, Öström now leads his own group, and compared to E.S.T., it was initially a shocker for its rawer intensity.

Besides leading his group as the drummer, Öström has become a new-born vocalist (or rather howler), and his band is younger, with experimental rock-oriented backgrounds, who have pushed the sound into a bold new stratosphere. By using his voice as an instrument, and by altering it with effects and electronic manipulation, the result is a harder modern rock sound or rather post-rock-jazz fusion.

“The Thread of Life” was Öström’s reaction to this new phase in his life, and still obviously grappling with the death of Esborjn Svensson with tracks like “Ballad for E,” “Hymn for the Past,” and “Weight of Death,” which are among the darker and yet most powerful in their execution. And the darker tension and remorse on some of the compositions is purely cathartic for Öström as well as fans.

His second release, “Searching For Jupiter” (2013) on ACT Records seems a bit more optimistic. Though Öström doesn’t necessarily agree. “I don’t think it’s a very big difference,” he says. “The music might be a little more cheerful on ‘Searching for Jupiter’ but still you have the darker moods as well.”

For his newest release, the aptly titled “Parachute,” the sound has settled down even more, though with still an edge. It has more grounding, and the tracks are even upbeat, as if one has survived a sudden and unexpected drop, and is now walking upright again with some normality.

“In E.S.T., Esborjn wrote the music, and we arranged the compositions together,” says Öström.

“But now in my group, it has opened up the window for me to compose, and I have mixed feelings about this. Because now I have the opportunity to write music, and I am happy about it. I am happy that we could get this music together, but the tragedy that happened, the circumstances for this to happen is still very painful,” he says.

Ostrum’s band remains the same since his first album with electric guitarist Andreas Hourdakis (born 1981), bass guitarist and trumpeter Thobias Gabrielson (born 1974), and pianist and synthesizer player Gustaf Karlöf; and while they all have had jazz schooling and they’ve played with noted Swedish jazz musicians, Hourdakis started off playing hardcore punk, and Karlof’s other group is Niki & The Dove, an indie pop duo featuring female vocalist Malin Dahlstrom, on Seattle’s Sub Pop Records.

This configuration is perfect for Öström’s new musical explorations. As he says, “all of them have different backgrounds so they bring their own sound into the music. Andreas used to be a Metallica fan in his teens, Thobias is more of soul and funk guy and Daniel maybe more jazzy with plenty of energy so it’s a good mix. We just try to make our own new music.”

Magnus Öström kicks off his tour in a small venue, the Agharta Jazz Centrum in Prague, before moving on to Germany and Sweden for the month-long tour. “We started out there, at Agharta for the first tour ever. And we are playing there again, though it is quite small. But I do love the place.”

“And it takes time to build up a new audience with this band,” he says humbly.