Kurt Rosenwinkel and his new project with Tim Motzer, Bandit 65 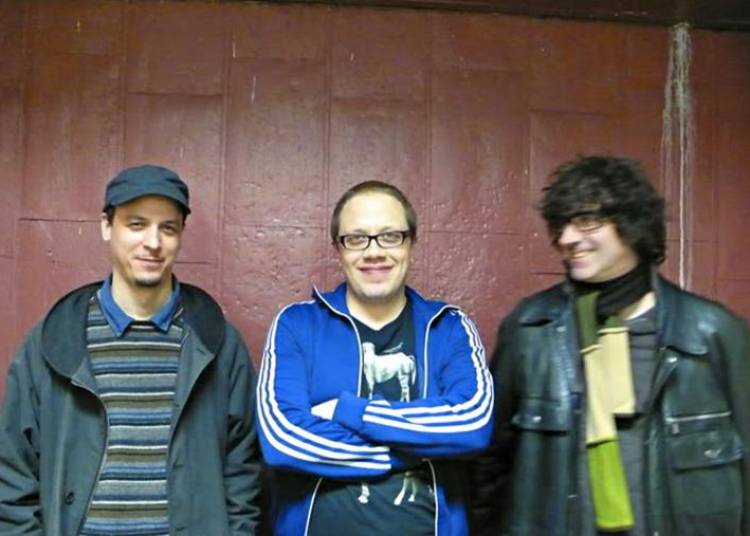 The guitarist Kurt Rosenwinkel’s newest project Bandit 65 has a short European tour in May, starting on the 3rd, at the Budapest Jazz Club, then moving on to Berlin for the XJAZZ Festival, Milano’s Blue Note, the Festival Rencontres Koa Jazz in Montpellier, Porgy & Bess in Vienna, and ending in Prague, May 11th, at Jazz Dock.

Bandit 65 is a collaboration with the guitarist Tim Motzer, and it has a lot of cross-over appeal, but not in the pop music sense. And in any case, Rosenwinkel has been crossing over not only musical genres, but personal including major geographical and cultural borders in the last decade, as well, so cross-over seems to be just a natural state for him and his music.

Rosenwinkel has been living in Berlin, for over a decade now, initially to teach at the Jazz Institute Berlin, a consolidation of two previously separate schools, the University of the Arts in West Berlin, and Hanns Eisler College or the Academy of Music, in East Berlin. Berlin, the city that many Germans (in the West and the East) never considered to be even a part of their Germany, until only recent times.

West Berlin was once an unmatched bohemian haven for established artists in personal exile to make experiments, i.e. music sans borders, particuarly in the 70s and 80s, from Bowie to Nick Cave and Iggy Pop, and part of the appeal was that West Germany nourished it’s own music scene that spurned the English and American trends with electronic pioneers, Kraftwerk, and progressive Kraut-rockers, Can, Faust, and Neu! The city now attracts artists for its newer charms as a capitol not divided by The Wall.

“Berlin is a great open city for creative people, and I feel a lot of continuity between the vibe of Philly and Berlin. There’s a lot of free improvisation that goes on here, so I do a lot of things in that regard that I enjoy here in Berlin,” says Rosenwinkel.

Rosenwinkel was born 1970 in Philadelphia, and he started playing with many Philly jazz staples in his teens, then at the Creative and Performing Arts High School in Philly, he met and played with Christian McBride, Joey DeFrancesco, and Ahmer “Questlove” Thompson of The Roots. Later, in the 90s, he studied at Berkeley College of Music, then soon after joined tours with Gary Barton and Paul Motian, who were also both leading faculty at Boston’s esteemed music academy. After a period based in New York City, Rosenwinkel moved to Berlin, already established as an influential leader for his generation.

But now that he is not a part of the New York jazz scene, he is exposed to many more experimental, though typical Berlin venues. “There are many underground venues to experiment in and develop new music,” he says. “Some of these are zig zag, Ernst, Loophole, Keller, A-Trane, and B-Flat.”

His 2013 album “Star of Jupiter,” recorded as a quartet with Aaron Parks (piano), Eric Revis (bass), and Justin Faulker (drums) can be considered the capstone of his discography, but it’s also a recording that seemingly could have only been done due to his base in Berlin. After all, the former center of East Berlin, Alexanderplatz, has a towering space needle, which served as a look-out and TV tower for the communist era, and this futuristic eyeball over the city has always appealled to odd cosmic-searchers.

Philadelphia’s avant-garde jazz legend, Sun Ra, for instance, is a testament to this with the recording Sun Ra and his Cosmo Discipline Archestra recorded live in East Berlin in 1986—a full-blown appeal to the stars, sending out universal sounds in the guise of either squealing or mildly swinging jazz. Sun Ra also never considered himself a Philadelphian, but rather, he came down to earth from Saturn.

Meanwhile, Rosenwinkel was more attracted to the planet Jupiter while recording “Star of Jupiter” and traces of Sun Ra’s breezier solo tunes can be heard on tracks like “Heavenly Bodies.” Rosenwinkel also takes his most free-spirited and futuristic explorations on his electric guitar furthest on the title track.

Soon after this release, Rosenwinkel was invited to perform at the 2013 Crossroads, Eric Clapton’s high profile festival of rock and blues guitarists at Madison Square Garden in New York. This congregation included Jeff Beck, Carlos Santana, Pat Metheny and over forty others. Since then, Rosenwinkel has been more open to projects beyond jazz, and he is exploring these possibilities with newer guitars, effects, and amplication, including the Peavy Bandit 65 classic-rock guitar amplifier.

All of this leads to Rosenwinkel’s newest project, Bandit 65, with the guitarist Tim Motzer, who is based in Philadelphia. Motzer is well-known for his crisscrossing of genres from jazz, fusion and progressive music to hip-hop, electronica, soul, and the avant-garde. His label 1k Recordings has also released Bandit 65’s recording, which is not merely jazz-rock fusion explorations, that is for sure.

Rosenwinkel is telling the curious that this group is a “free improvisational experimental soundscape multidimensional textural psychedelic groove monster with soul,” and he plays guitar and electronics on the recording, with Motzer also on guitars, guitar synch and electronics, and Gintas Janusonis on drums, percussion and bent toys.

A couple of the songs on the recording seem like downright mellowish, ethno-psychedelic warm-up jam sessions, and the dual-guitar Philly-based psych-rock veterans Bardo Pond even come to mind on some tracks, but then Rosenwinkel’s virtuosity always stands out to raise the ante, and the deeper stargazing soundscapes in the background best reunite the cosmos-searching of Sun Ra to modern electronica. While clearly the best tracks, “Ever the Horizon,” and “Racing the Precipice” are possibly the creamiest spacy-rock meets spiritual jazz grooves set down in a recording session ever.

“I think this band will appeal to audiences all over the world, because it is very strong in the chemistry between the musicians, and the music is powerful and immediate, encompassing a range of musical textures and emotions,” assures Rosenwinkel.

While still based in Berlin, Rosenwinkel is taking a break from his teaching at the Jazz Institute Berlin. “I retired from my professorship in order to devote my full energies to making music, and I’m starting my record label, Heartcore records” he says.

Bandit 65 can be caught at the cities below, for its short European tour in May.