A1 voice and piano team hit the road to Scotland 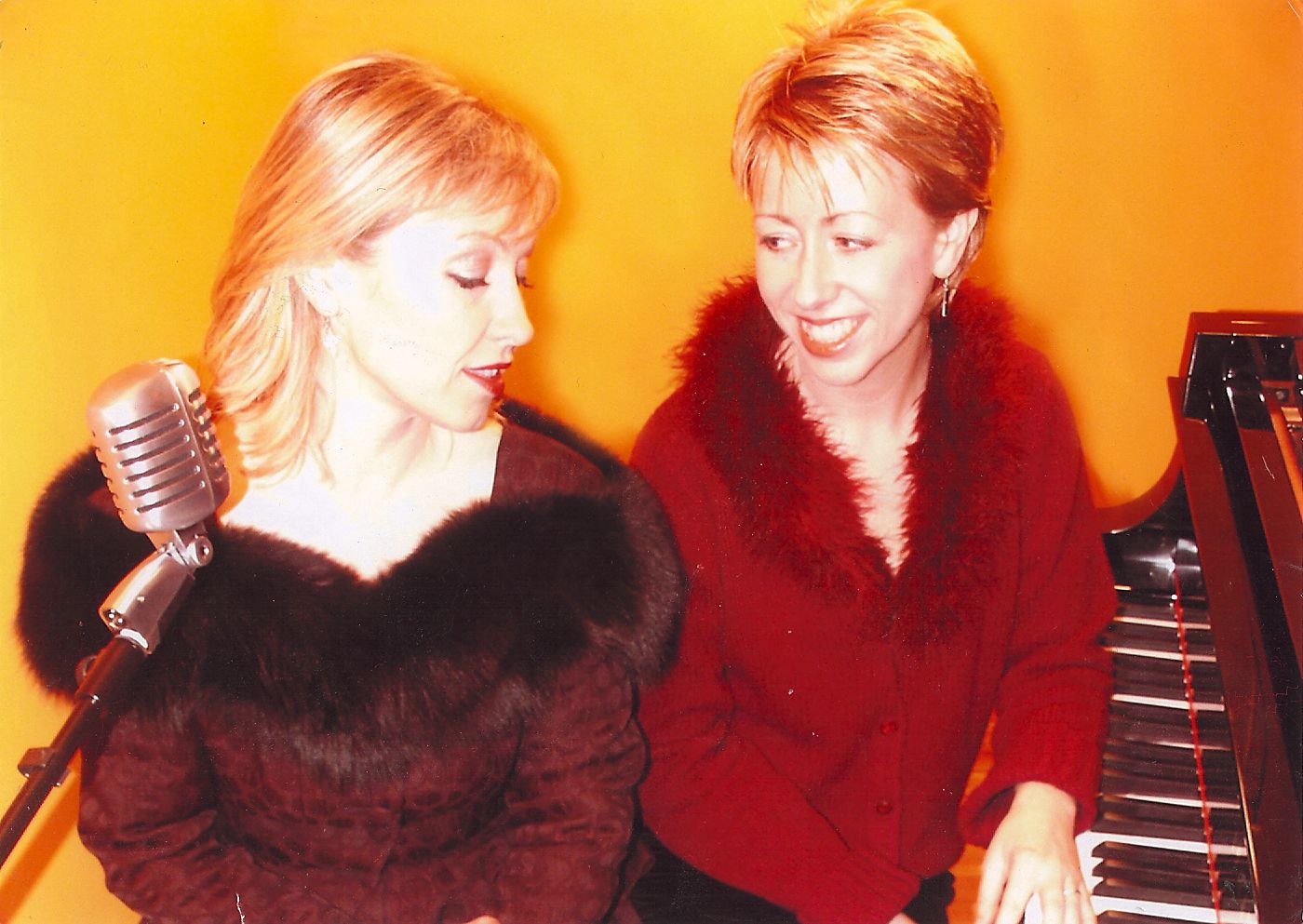 Leading jazz vocal and piano duo Tina May & Nikki Iles tour Scotland in September as part of their celebrations to mark twenty years of working together.

May and Iles met when the then-Leeds-based pianist’s trio accompanied May on gigs in Yorkshire in October 1995. They released their first album, Change of Sky, two years later and have gone on to work as a duo, in quartets and in especially well-received trios with saxophonists Tony Coe and Karen Sharpe.

Gloucester-born May’s musical experiences include performing in an Edinburgh Fringe revue with impersonator Rory Bremner, singing Come Fly With Me as the theme song from British reality TV show Airline and in jazz terms the more prestigious memory of recording at Rudy Van Gelder’s legendary New Jersey studio. She became interested in jazz when she was studying French at University College, Cardiff and she began singing during a year spent in Paris as part of her course when her early gigs featured her alongside bassist Renaud Garcia-Fons and drummer Kenny Clarke.

After working in theatre companies and singing with bands around Cardiff, she moved to London and released her first album, Never Let Me Go, in 1992. She went on to develop both as a singer and lyricist, putting words to tunes by musicians including former Weather Report keyboards captain Joe Zawinul and alto saxophonist Bobby Watson, and in 2002 she was given a great honour when pianist Ray Bryant, accompanist to singing greats Betty Carter, Carmen McRae and Aretha Franklin, invited her to put lyrics to his compositions and record with him in Rudy Van Gelder’s Englewood Cliffs studio in New Jersey, where John Coltrane recorded his landmark album A Love Supreme.

Since meeting May in 1995 and moving to London shortly afterwards, Nikki Iles has gone on to establish herself as one of the UK’s foremost pianists, working with saxophonists Scott Hamilton, Peter King and Stan Sulzmann and appearing with the Kenny Wheeler Big Band and the Julian Arguelles Octet as well as leading her own trio with top New York bass and drums team, Rufus Reid and Jeff Williams.

The two women enjoyed a special relationship right from the start. “I love singing with Nikki,” says May. “We’re kindred spirits really and the first time we worked together, in Halifax, there was an immediate affinity. Nikki just seemed to know instinctively what to play and when, and that’s continued down the years. She’s also a dear friend.”

The songs they’re likely to present on tour will come from a wide range of sources, including French songstress Edith Piaf’s repertoire (May speaks French fluently and now spends much of her time in Paris) and the Great American Songbook, and will be chosen with two important considerations in mind.

“I’ve always felt that entertainment and communication are the biggest things for me and the combination of words and music is the most natural way of engaging with an audience,” says May. “Songs are really the most marvellous little stories and that’s essentially what we do – we’re two storytellers working together.”