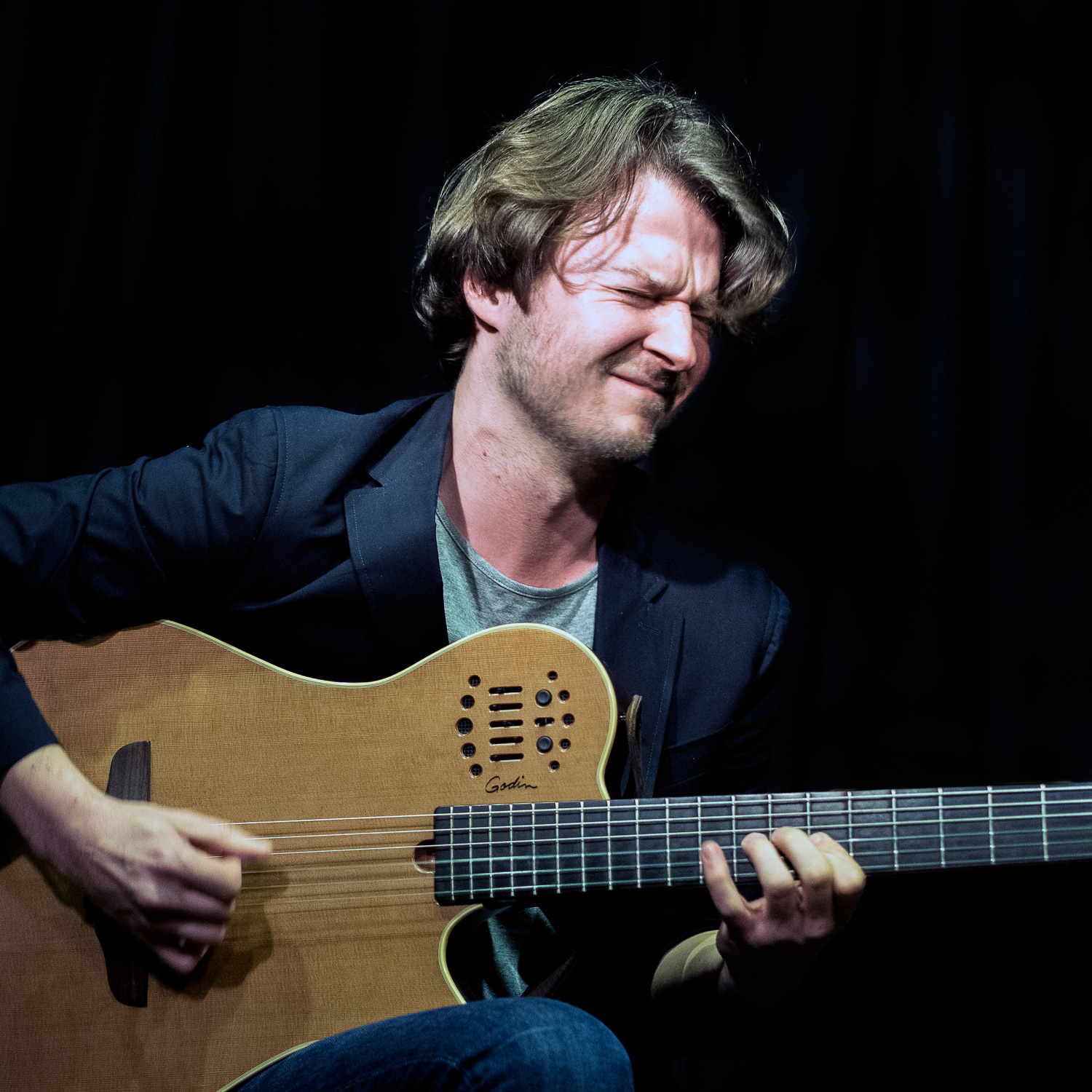 Dot Time Records today announced the signing of guitarist Maciek Pysz. Originally from Poland, Maciek moved to London in 2003 and quickly established himself in the London jazz scene as an emerging artist. During his career Maciek has toured the UK, USA and Europe both as a leader and sideman.

In 2010, he established his current trio with drummer Asaf Sirkis and bassist Yuri Goloubev leading to his successful 2013 debut release “Insight” (33 Jazz Records). “Insight” received rave reviews and firmly established Maciek as a promising artist that should not be ignored. His compositions are known for their cinematic quality and his performances for their virtuosity.

Maciek’s coming album titled “A Journey” will be his second release and features celebrated ECM artist Daniele Di Bonaventura on piano and bandoneon, along with Yuri Goloubev and Asaf Sirkis. Recorded in December 2014 at the famous Artesuono studio in Italy, it was mixed and mastered by Stefano Amerio.

Dot Time Records A&R manager, Andrew Read stated “We are extremely pleased with the signing. “A Journey” is a wonderful album and fits perfectly within our artistic vision. I could not be happier to have Maciek in the Dot Time family”.

When asked to comment on the signing Maciek said “I am extremely proud, thrilled and happy to be signed to Dot Time Records. This a major step in my career and I am very pleased I found a great label for my new album ‘A Journey’.”

A Journey will be released worldwide in late September 2015 to coincide with a 20 date tour of the UK with further dates in Europe and the USA to be announced soon. The official release presentation will be held on 18 November at The Forge during the EFG London Jazz Festival.