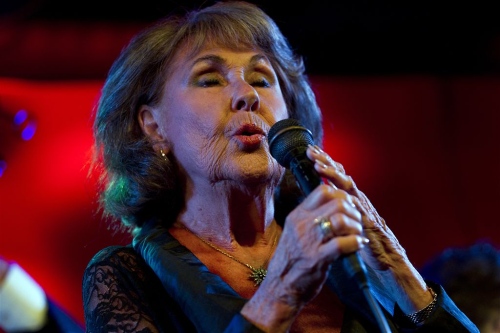 Known to many as Europe’s first lady of jazz Rita Reys was know through the world. During her 70-year career she performed at all iconic jazz venues and festivals throughout the world, released more than 40 Albums (including 8 gold records) and won six Edisons, the Dutch equivalent of the Grammy, and the prestigious Bird Award for her contribution to jazz.

Live Rita performed with many jazz legends including Dizzy Gillespie, Johnny Griffin, Horace Silver, Chico Hamilton, Oscar Pettiford and Lester Young to name just a few. Her international break through came in 1956 with the release on Columbia Records of the Album The “Cool Voice Of Rita Reys” recorded with Art Blakey’s Jazz Messengers.

Rita Reys was a true performer and despite her advance years continued to perform regularly, her final performance was on July 6 in a sold-out North Sea Jazz Club in Amsterdam. Rita stated in her last interview in the Dutch daily paper De Volkskrant “Performing keeps me young”.

Reys was married twice: to jazz drummer Wessel Ilcken and to jazz pianist Pim Jacobs and is survived by daughter Leila.