It was during the early days of the pandemic that the world was shocked by the murder of George Floyd by Minneapolis Police officer Derek Chauvin while his colleagues stood by aiding and abetting the crime. Racial violence is nothing new in the United States however it’s not limited to the land of the free and home of the brave, and yes there was meant to be a hint in sarcasm in that last statement, Europe has also seen it’s fair share of racial and religious atrocities over the years. 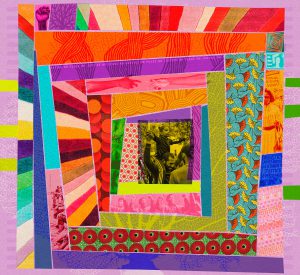 Also during the pandemic, and prompted by the outrage to the events in Minneapolis, producer and owner of Jammincolors, Stefany Calembert embarked of possibly one of the most ambitious projects of the last few years, namely “Black Lives – From Generation to Generation”.

Black Lives – From Generation to Generation brought together 25 composers spanning multiple generations who all composed, and in most cases also performed, a track on the double album that was released in March this year. The album was a great success and drew a great deal of attention from the press worldwide, and deservedly so, the album is a stunning document of our time and contains an amazing mix of music that is almost impossible to box into existing musical genres.

The artists that contributed to the album hail from the United States, the Caribbean and Africa and in the release’s press kit states that “their music draws on many influences, such as African music, hip-hop, jazz, funk, rock, fusion, rap, jungle, nu-jazz, soul, blues, Caribbean jazz, opera, classical music, poetry.” While this is a good summation, the common thread that runs through this album is passion and a true sense of community. In her review, writer Ayana wrote the the album was “… a collection that offers a worldview spectrum of black realities articulated and indelibly.” This couldn’t be closer to truth and possibly the best description of a project as expansive as this.

When speaking of the project Calembert explained: “I have witnessed racism all my life and have often been deeply disturbed by the air of superiority and the hypocrisy of white people. Even those who are not racist usually feel uncomfortable discussing the issue of racism, which remains a very taboo subject and a social ill we largely deny. As a white person (and mother of three mixed race children), I wanted to do this project to open a dialogue about this worldwide mess. All too often the black community is left to battle on its own, but all of us must become aware of the daily reality of racism and the injustice and pain it inflicts.

“I hope all the listeners of this album will understand its main message: Let’s unite against racism through music. Let’s amplify the voice of black lives across different parts of the world, across generations and diverse music styles. Let’s lift people up and give strength to those who are confronting racial inequalities. Let’s connect artists, audiences, associations, because the more we are, the more power we will have to bring about change.”

From the 10th through to the 19th of November this year, a selection of the artists involved in the project will perform a series of concert’s in Belgium, Luxembourg, France and the United Kingdom (You can find the exact Tour Dates below). Artists performing include an all star cast including Marcus Strickland, Gene Lake, Sonny Troupé, Reggie Washington, David Gilmore and Tutu Puoane to name just a few. All in all, these concerts promise to be an experience not easily to be forgotten.

Tickets are available for most concerts and you will find the relevant links below. More information on the project as well as the ability to purchase the album (CD or Vinyl) can be found at the jammincolors website.