Slated for release on August 26, Parallel Motion is Yellowjackets’ sixth album for Mack Avenue Records and it captures a vibrant creative communion that shows no signs of an impending midlife crisis. 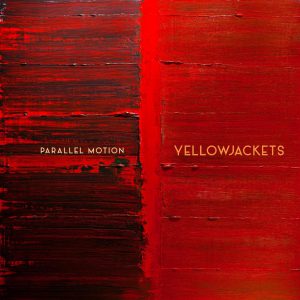 Maintaining a distinct group identity for 40 years is an exceedingly rare achievement, but what sets Yellowjackets apart isn’t their longevity so much as the consistently inspired quality of their music. Born in the age of fusion, the band has thrived through the decades by steadily seeking out new sounds and approaches, combining elliptical lyricism with a sophisticated and evolving harmonic palette all their own.

Since Yellowjackets’ eponymous 1981 debut album, the group has hewed its own creative path, influencing colleagues with enviable compositional craftsmanship and an ever-shifting blend of influences. In many ways Yellowjackets embody both continuity and renewal, with founding­ pianist/keyboardist Russell Ferrante providing the four-decade thread first joined by Will Kennedy­, who took over the drum chair from 1987-99 and returned to the fold in 2010. Bob Mintzer, a Jacket since 1990, contributes on tenor and soprano saxophones and EWI. By the band’s standards Australian-born electric bass virtuoso Dane Alderson is still the new kid, though he’s already anchored the quartet for seven years. Parallel Motion is a Technicolor portrait of a working band that’s still stretching its wings.

“The last two projects were collaborations,” Ferrante said, referring to 2018’s luminous Raising Our Voice with extraordinary Brazilian vocalist Luciana Souza, and 2020’s orchestral Jackets XL with the WDR Big Band of Cologne, Germany. “We wanted to do a project focusing on the quartet. In terms of the material, we wanted to broaden the contributions from everyone. Dane is represented by several tunes. Will is in the mix. Everybody’s involved in every aspect.”

While Yellowjackets recorded the album in the midst of the pandemic, the music looks forward rather than exploring the angst and isolation that accompanied the advent of COVID-19. Of course, resilience and optimism in the face of tragedy is in itself a profound statement. For Mintzer, the new work “represents the commitment to stay together and keep moving forward. It’s really about this four-cornered square that functions no matter what. With each record, all four of us are on the hunt for new ways to put the notes together. The music keeps growing. The focus is this band. A clear, identifiable sound. Four equal parts.” 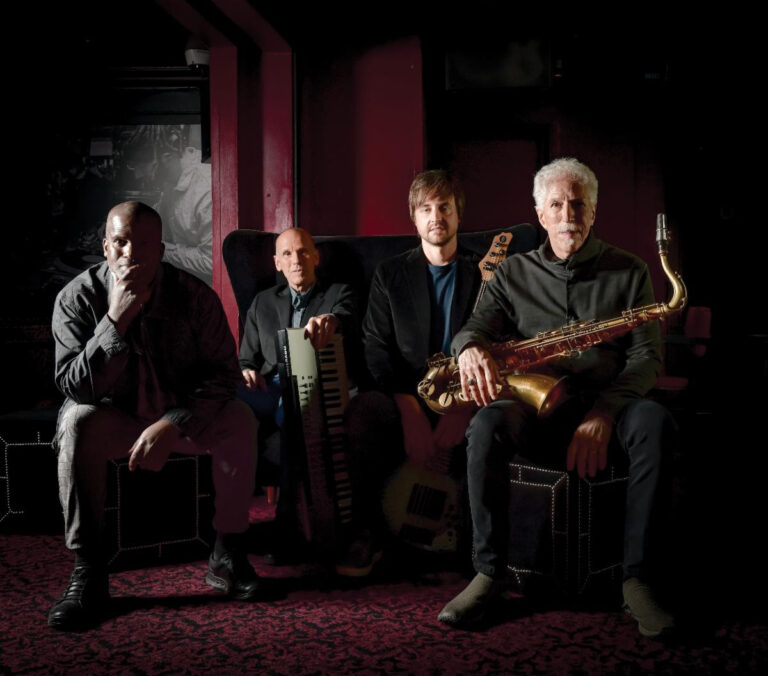 Indeed, every Jacket is well represented on Parallel Motion. The album opens with Mintzer’s “Intrigue,” a lithe but stutter-stepping tune that offers a little surprise around every shifting groove. Lyrical and street smart, the piece showcases all four players at their most responsive. “There’s a singable component, but these little splashes of dissonance,” Mintzer said. “It doesn’t fit into any categories, which is one of the M.O.s of this band.”

Ferrante’s passionate “Il Mio Amico” is a heartfelt ode written in response to his recently acquired Fazioli piano. It’s a spectacular instrument “and the resonance and overtones and response you get is really inspiring,” he said. “We brought it to the studio and used it on the recording, the first workout it got, and as the title says, it’s really my new friend.”

Alderson’s slyly grooving “Early” grew out of a sketch that had been languishing on his laptop for more than a decade. “I brought it to the band and the guys brought it to life,” he said. “It’s a jammy party tune with an R&B flavor that really evolved in the studio.”

Kennedy transformed a tune originally written with vocals into the ravishing “Samaritan,” a piece that expands on Yellowjackets’ long history of singable lines. “The goal was to have a melody that was simple and warm and I think we achieved that,” Kennedy said. “It’s a really calm and relaxing sort of song. As Dane was saying, it’s always an interesting adventure to present a tune to the band and have it take on a life of its own.”

If Parallel Motion offers a snapshot of a band in mid-flight, it’s also a family portrait that includes Ferrante’s “If You Believe,” a track featuring the supremely soulful vocalist Jean Baylor. No stranger to Jackets fans, she’s recorded with the group several times, and of course her husband, drummer Marcus Baylor, was a member of Yellowjackets from 2000-2010. Her gospel-steeped performance adds another incandescent track to Yellowjackets’ deep roster of vocal collaborations, a list that includes Bobby McFerrin, Kurt Elling, Bobby Caldwell, Randy Crawford, Brenda Russell, Michael Franks, Gino Vannelli, Jonathan Butler and Luciana Souza.

Recorded after a brief European tour, the album documents the process of discovery. “We rehearsed the tunes on the album maybe three times,” Alderson said. “I believe we’re only now on this tour performing these songs live, so what you’re hearing are about as fresh as they can be. Everything really came to life in the studio in those three days.”

More information on the Yellowjackets can be found on their website and for detailed information about this coming release visit Mack Avenue Records here. You can hear the pre-release single “Intrigue” featured on our New Release Spotify playlist.