Jane Bunnett is a soprano saxophonist and flautist from Canada, and she is also band leader of Maqueque, who is an inspiring all-woman Latin Jazz and Afro-Cubano group from Cuba.

Bunnett (born 1956) has been playing with Cuban musicians for over thirty years, and she has recordings with Cuba’s top players since 1991 with her release “Spirits of Havana” featuring Merceditas Valdés, Gonzalo Rubalcaba, and Grupo Yoruba Andabo; but her current group, Maqueque, was inspired by so many of the women musicians who she was meeting, and yet who lacked proper opportunities and chances to play (and so to develop their musicianship) to their fullest potential.

Maqueque (which translates as the fiery and energetic spirit of a little girl) consists of exceptional musicians mostly from Havana, and who are generally in their twenties; pianist Danae Olano; drummer Naile Sosa; percussionist (batas) and conguera Mary Paz; electric and acoustic bassist Tailin Marrero; and vocalist Joanna Majoko. The women all share on vocals and in creating the group’s compositions. Daneo Olano, the pianist, also has classical music training and so this is displayed in her compositions and solos. Equally noteworthy, Yissy Garcia, the regular drummer, also contributes as a songwriter. 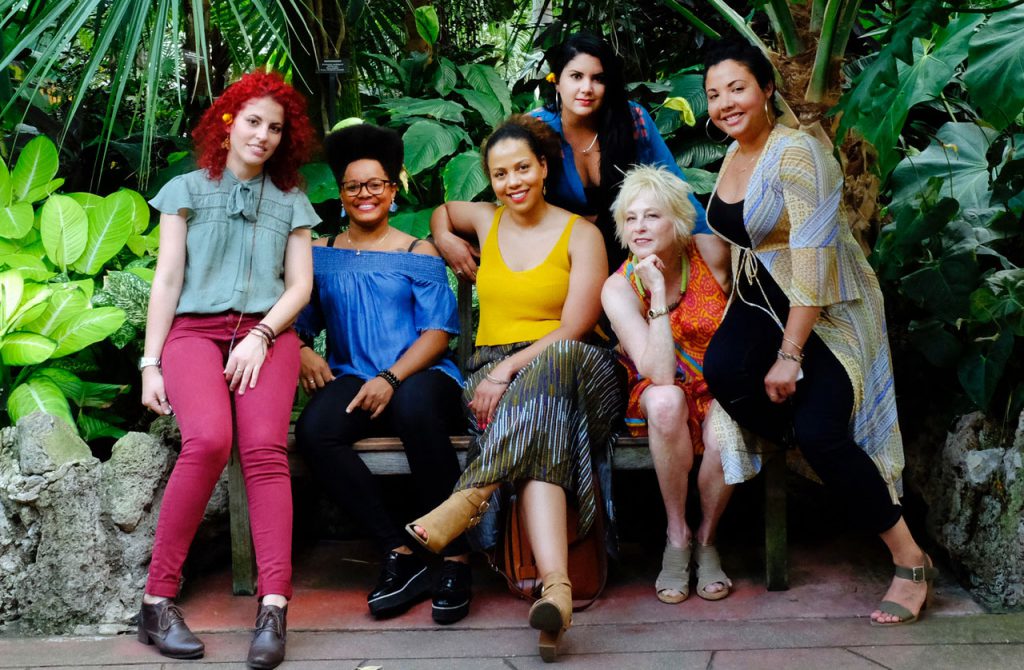 In context, the list of Cuban masters of Latin Jazz and Afro-Cubano jazz is formidable from Chano Pozo, Mario Bauza, and Machito in the early days of bebop, playing with Dizzy Gillespie, then later to Mongo Santamaria, and including female vocalists from La Lupe to Celia Cruz. A still later generation includes Chucho Valdés, Gonzalo Rubalcaba, and Patato Valdes to name only a few. At the core, Afro-Cuban jazz is upbeat and melodic due to the influence of Cuban son combined with clave, the relentless rhythmic complexity in Cuban music influenced by African-Yoruba ritualistic music. Cuban musical virtuosity is a given for every member, thus instrumentation in the group, and including the vocalists.

In these terms, the women of Maqueque match the men (their compatriots of Cuba) without any doubt. On the tracks with group vocals, their joyous spirit of celebration is unmatched to their companeros. Overall, their hard work has also paid off. The group has already been nominated twice for a Grammy Award, and they won the JUNO Award (for Canada) for Best Group Jazz Album of the Year in 2014.

Their follow-up, “Oddara” was released in 2016, and their most recent recording is “On Firm Ground / Tierra Firme” (2019). This one has a more contemporary jazz direction, distinctive from the previous releases. To promote this recording, they apparently made their last tour in Europe, which included a showcase performance at Jazzahead! 2019 recorded and available for viewing on YouTube. Jane Bunnett and Maqueque will tour Europe again beginning at the end of October at venues listed below.