Marco Brunetti: A human prodigy of the tubes

Editors Note: It’s our policy to largely give our writers “carte blanch” when it comes to the subjects they choose to write about. During my life in music I have produced many recordings and albums and are well aware of the quality of Brunetti guitar amps, so when Simone Gubbiotti suggested and interview with Marco Brunetti my direct answer was go for it. While perhaps a little outside our normal focus I hope you will enjoy Simone’s article.

I was a young boy when I used to follow my best friend playing guitar in a small local band in Perugia in the heart of the “green lung” of Italy. Umbria to be accurate. I was a young man when the same guy started to help me with my own playing teaching me the basics of theory and harmony. As it turned out I took my own musical direction later in life, Jazz in particular (he was a strong metal guitarist), but we always continued to discuss aspects of the sound, especially amplifiers. His favorite one was Brunetti, in fact he owned a special head produced by the company which never left his side until he passed away few years ago.

I remember a story he used to tell me about how he was in touch with Marco Brunetti directly to modify this head because he needed an even stronger distortion. And he couldn’t believe Marco answered him with competence and passion to satisfy the request. So, my musical training has been constantly accompanied by this name. In the meantime Marco Brunetti and his products have reached an important position in the worldwide market.

Today, passing though Modena, I closed this circle finally meeting Marco Brunetti and his wife Mary, and visiting directly the factory where they realize their wonders. It was a touching experience as this day reminded me of the long conversations I had with my best friend. I don’t want to talk about technical things, even tough there is a lot of talent and work behind inventing and producing such products however instead I would love to share Marco’s story which is a classical example of the Italian genius formed by tenacity, passion and one word I care and love so much: Resilience! 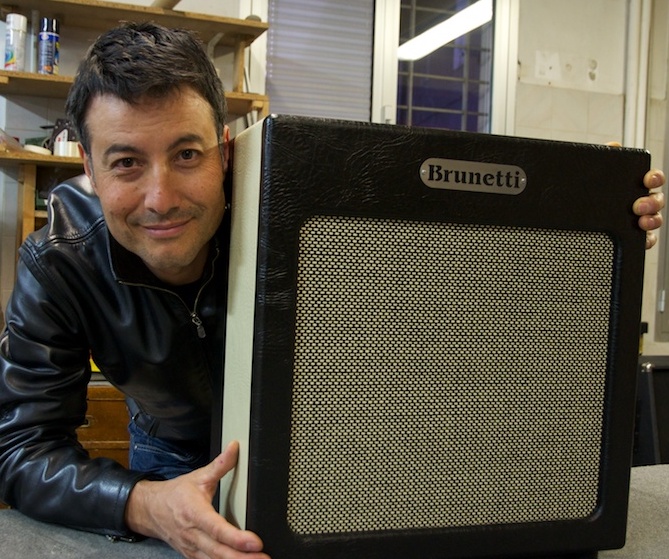 “When we travelled for the first time to the music exhibitions such has Frankfurt Music Messe, people from the other companies laughed at us. I remember in particular a couple of sellers from Korea who suggested I just quit, It was tough.” Sometimes Italians can be perceived in an negative manner when it comes to technology but this is defiantly not the case here. I spoke earlier about tenacity: “At the beginning of our activities I used to build amps and I would literally go door by door to promote them. I went to the stores and just let them try the product and after a period of time I came back to check.” This form of tenacity is impressive and requires a lot of dedication.

Marco discovered his passion for electronics at the age of 14 and after a year of self-study, he built his first amplifier by modifying an old Philco turntable with remarkable results. At 21 his ever growing passion forced him to leave university to follow his new passion… his destiny! But this destiny delivered many different experiences, especially in recording studios and at large live events working as sound engineer. Some names? Sure! Vasco Rossi, Zucchero (Live at Kremlin which is by the way the only album I have from him) and Gino Paoli. Marco speaks with love about those years” It has been such a privilege to have this chance which allowed me to follow my passion for tubes and realize it. I moved here to Modena and opened with a friend a small studio right there (he indicates a location literally a few meters ahead) where we started creating pro-audio equipment such as equalizers, microphonic preamps, compressors and many live systems. As I said before it was really hard but it went well.” 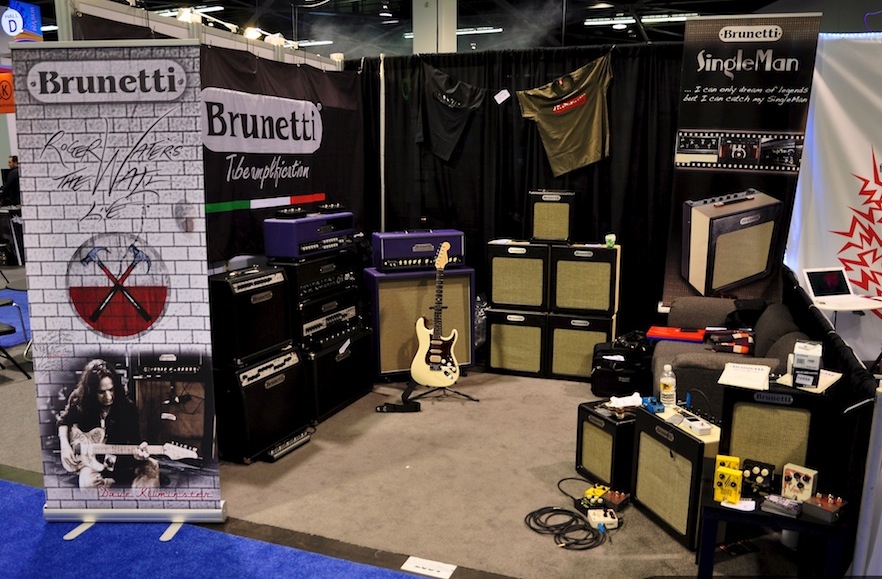 It’s touching when Marco and Mary talk about the company because you immediately get the feeling that you’re in a large family together with the people working there. It’s a good energy that pours out in the materials and in the end the quality of the products. At this point I was curious to ask something practical about the production of the amps, in particular where they get the components. Honestly I was amazed by their ability to keep the price at certain level with this boutique and handmade quality. “I always kept the entire production here in Italy except of course the tubes that are only produced in Russia or China. I personally use the Russian ones. I could easily relocate everything in some other country but we are a big family here and we want to stay here and keep working with Italian factories”. I found the same positive vibes my friend used to tell me about. Marco has a special light in his eyes and a humble awareness typical of people who know they achieved their goal. He touches every object like a mother caresses a child. When he offered me a tour around the factory I found myself totally absorbed in a magic world where Marco Brunetti continues to create like a musician never satisfied by his performance (me basically ahahaha) and always hungry to learn more. For a second my mind ran back to the moments with my friend Luca when we tried to master some new lick or when we tried to play a new line. At that time I remember my electric guitar was plugged in to a Brunetti head, the same Marco tries to improve every day.

At this point the morning was almost finishing. I wanted to pose him another question before leaving: “What’s your biggest result so far? Is there something you are particularly proud of?” He looks at me and says “Yes! In 2010 guitarist and teacher Guthrie Govan was in Italy for a tour with Dave Kilminster, simply one of the best guitarists worldwide. Guthrie introduced Dave Kilminster to our amps and he immediately fell in love with them. Dave contacted us to have five amps for his tour with Roger Waters delivered. Shocking! We actually worked together and this collaboration for sure represents a huge satisfaction”.

Once again, even if I don’t really believe in coincidences, I feel connected to Marco Brunetti. “The Wall – Live in Berlin” was the first vinyl LP I ever bought…

I can recommend all guitarists, no matter what your style, to spend a few minutes checking out Marco Brunetti and his factory and to visit him in Modena if you get the chance. You will learn that tubes can be a magic journey created by a wonderful human being.

I want to leave you with the words expressed directly by Marco Brunetti in his website:

“What Brunetti represents in the world of guitar amplification is its own and unique “Italian” sound, no-copy, no-clone”

More information can be found at the Brunetti website.