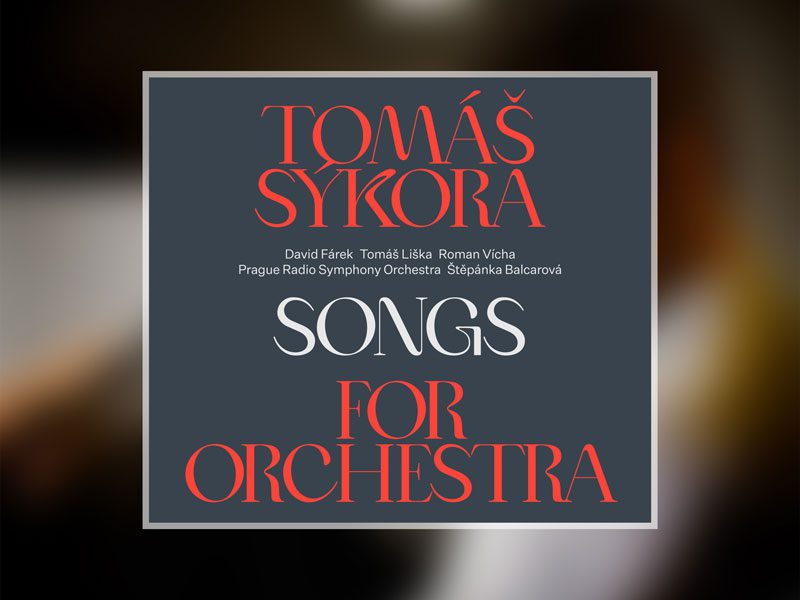 Songs For Orchestra is a new album and the most extensive music project to date by jazz pianist and composer Tomáš Sýkora. The album features a live recording of a concert performance in honour of the memory of Czech jazz pianist and composer Karel Ružicka who was Sýkora’s teacher and close friend. Sýkora assembled the programme as a curator of the “New Horizons” concert series by the Prague Radio Symphony Orchestra that merges jazz and classical music in unique concert projects.

On the present album, which is an example of such an original fusion, Sýkora is joined by three other jazz soloists – saxophonist David Fárek, double bassist Tomáš Liška and drummer Roman Vícha. Together, they are joined by the Prague Radio Symphony Orchestra which performs under the baton of Štepánka Balcarová, who is best-known as the artistic director of the Concept Art Orchestra big band.

The album comprises Ružicka’s famous piece ‘Lovebird’ for a chamber ensemble and jazz quartet, arranged by Sýkora for a larger line-up. This is followed by Sýkora’s own suite, Hidden Songs, whose individual movements evoke various song forms. The album also comprises a selection of compositions from the latest album Grace and Gratitude by Ružicka’s son, composer and saxophonist Karel Ružicka Jr., released by Animal Music in 2018. The compositions from the album, dedicated to the memory of Ružicka’s loved ones, have been arranged and assembled by Sýkora into an eponymous large suite. The composition is concluded by the powerful theme of ‘On Earth As It Is In Heaven’, a song which pays tribute to Karel Ružicka as an outstanding man, loving father, an excellent musician and a close friend. 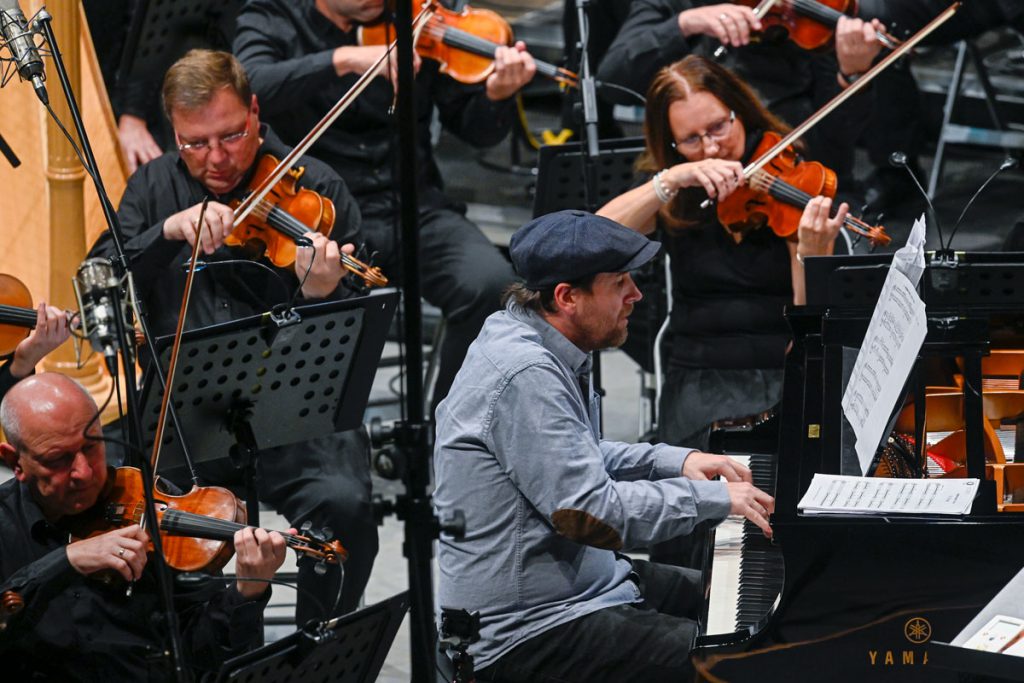 The digital version of the album contains an additional track, “Celebration Blues”, from Ružicka’s famous composition Celebration Jazz Mass. The compositional invention of both Karel Ružicka and Tomáš Sýkora is supported in this album by Sýkora’s sensitive and effective orchestrations in which the varied colours of the orchestra intermingle with the energy of the jazz performers who have been given a generous space for improvisation as well.

The recording of the concert, which took place at the DOX Centre for Contemporary Art in Prague on 18 September 2020, has been made and overseen by Roman Kolliner (Czech Radio), Adam Karlík and Pavel Karlík (Sono Records). The album is distributed by Supraphon on CD and digitally and is available also from the Animal Music webshop. SONGS FOR ORCHESTRA is released as part of the Animal Music Edition 2021, supported by a grant from the City of Prague.