I Do Write. So Let Me Write

A snapshot of the jazz industry in 2021.
Zooming in on the Spanish jazz community, and reflecting on better standards in jazz journalism.

It won’t probably surprise you to know that International Jazz Day means little to most musicians. This has likely to do with the fact that since UNESCO proclaimed this date in 2011 “to raise awareness of the virtues of jazz as an educational tool, and a force for empathy, dialogue and enhanced cooperation among people” the reality around the world was that this fact didn’t have an effective impact on their gigs. Little by little some cities have been engaging with the (one would think) simple fact of giving their jazz musicians the expected space and relevance; and this is a fundamental truth about jazz: acknowledging the role of every community is key.

So today is a day for celebrating these communities, this floaty fabric of different actors sailing together. It is also a day for reflection. Every April 30, while the world is watching, we need them to listen to this miraculous art called jazz, preferably beyond the (high respected and talented) same names performing mostly every year at the official global concert, so the new public doesn’t get the wrong idea about a limited number of performers as a representative sample of the real, greater melting pot of creators. It’s important to focus on that, forgetting an often misplaced sense of marketing, and show the talent, because it is by itself more than enough to amaze, to move and to exhilarate an audience.

And let’s take this opportunity to share words and thoughts, and shine a light on important issues.

Arts and humanities have been struggling for decades, facing the new challenges tied down to the increasing historical neglect regarding these disciplines focused on everything human. This systemic problem and the way we approach Art (and Humanities) was already a main issue before the pandemic. I know this also happens in other countries but I often wonder about the gravity of the situation. Let’s illustrate these thoughts with an example: while playing an instrument is seen as a cool pursuit, choosing a musical career may not receive the same enthusiasm by the personal environment, dismissing Music as a serious career. So it is not surprising that some spectators still see artists like the product of extravagant choices when in reality these creators are doing their job, and we need to get this as a society, including administrations.

And this ‘disapproachment’ – as Duke Pearson would say -, this weird relationship towards arts still is an unresolved matter, relinquishing its priority since 2020 to pure survival.

We all face the same challenge now: clubs, listeners, musicians. We know well that an economic impact is inevitable, but we believe that in this extraordinary situation individuals need – perhaps even more than ever – to keep creating, to keep listening.

Let’s talk about jazz in Spain.

Reflecting the fertile and versatile nature of Spanish jazz in one single piece of writing is an impossibility. We’d need thousands of words to attain a mere snapshot of what meant the artistic contribution of cuban musicians in relation to the evolution of life music in Madrid, the diverse microworlds of jazz activities and experimental labs in Catalonia, the search and idiosyncrasy from Galicia, Basque Country or Andalusia paving the way for exciting new sounds, but also our educators and researchers, our bop masters and astounding big bands. It doesn’t matter the place: Spanish artists are masterfully creating for the sake of truthfulness and uniqueness in the composition: bearing witness to this artistic expression, to Art happening, is a privilege.

That said, the jazz scene in Spain is a big irony: our jazz musicians are gold but they rarely exist to Spanish administrations. The lack of support is painful, even more so during the pandemic.

A once vibrant hub of European jazz is now fighting a complex fabric of individual and social challenges. So now the survival of the Spanish jazz community takes precedence over any other issues, even though those systemic problems linger with a vengeance, and that’s the tricky thing.

I’m mainly thinking about the talented women musicians, whose often ignored careers are now deeply wounded by the new reality. No matter the resilience and the exquisite work, they still don’t know a meritocratic industry.

The gravitational force around every worthy human expression – as undoubtedly jazz is – affects not only musicians but also a number of disciplines connected by a common eagerness to share the fascination jazz awakens to those listening: the nature of art happening can be brutal, though, and yes, that’s why we need a diversity of storytellers: photographers, writers, broadcasters, scholars and a long et cetera. It’s important to capture, share and immortalize artistic greatness, as it’s right; and, to achieve this goal, we witnesses must perform to the best of our abilities.

That’s why as a jazz writer my relationship with the jazz community transcends the written word. For years now I’ve had formal and informal meetings and conversations with jazz festival directors, promoters or publishers about important issues, being one of them paying attention to show the reality of jazz, and to do so we need to reflect the diversity ruling this music. An important number of these meetings were focused on the presence of women (or rather the lack thereof), starting with the posters for jazz festivals. I’ve found diverse levels of involvement in those conversational partners, but I’m happy to write that some of them were great listeners and better jazz advocates who took significant, lasting resolutions with a true impact on the community, who can therefore experience a reality much closer to what jazz means.

By reason of this commitment to my profession and especially to my community, when a poll about the best pianists of the last 100 years published by a Spanish magazine – focused on classical music and jazz – came to my attention, I found myself disheartened seeing how the 26 polled people were all men. I honestly thought we got over this kind of behavior but here I was again writing an email to this magazine and sharing with them the conclusions from the piece published by my colleagues just before the NPR Jazz Critics Poll was out: Equal At Last? Women In Jazz, By The Numbers, so the publishers could have a fresh reference to the impact of women’s absence in the results of said poll.

The gesture of sending a reply is very simple; its implications can be so very deep.

It was disconcerting reading such a message, it really was. In what dimension is bearable that I am the problem in this scenario?

As a woman and a jazz writer I publish an essay every March 8th, but this year I was absolutely aware that there was no piece I could write capable of showing the systemic problem behind the curtain in a way that reply could. That’s why I asked for permission to publish the magazine’s message.

It didn’t matter how significant the questions you raise may be, neither the importance of delivering an honest, dignified work to our readers, to suggest better standards for publicly-disseminated information than the article in question represented… Nothing of this mattered because from that moment forward the threats worsened but this time with legal action (I made public my own messages, so people could judge the professionalism – or the lack of it – with which they were written) and received a number of offensive sentences. All of it during International Women’s Day. It was pretty ironic actually. Meaningful as well.

Idealism can conquer everything but reality. Which will win every stinking time.

It’s difficult to express how exhausting it is to fight a battle nobody should be fighting anymore. But then again that’s the point, isn’t it? To tire and to silence. Because in their mind, free speech was their distorted privilege, but never my right.

As I revisit my essays on the matter, I can’t help but mourn the fact that just a year ago it had looked like things were back on track. That was but a mirage. It was almost as if the previous achievements had been nothing except a warm-up for where we are now. Because, let’s face it: at moments like this you end up asking yourself whether you are living in a parallel universe or the people diminishing everything you work for are.

It’s the addition of a number of layers created by crises of diverse nature in our industry fomenting the rebuild of discriminatory practices? Why are we treating music criticism as a light hobby, damaging its role as a dignifying profession? No publication should ever insult legitimate motives instead of taking responsibility for its contents and behavior.

Still, I at least had an international community to rely on, a place made of people offering support no matter what. But I don’t have an answer to why I can’t find it in my own country beyond my loyal, generous readers.

And I refuse to use the term ally to define those who have shown decency and work ethics regarding women’s talent. We shouldn’t relate that attitude to extraordinary human beings but to what’s right and reasonable. If we are making heroes of decent people that’s a troublesome conclusion. In the search for a dignified environment, decency and solidarity should be the norm, never the exception.

So while musical criticism keeps languishing, one can’t help but wonder whether an important piece of this switch-shaped jigsaw puzzle is this lack of commitment regarding every basic rule defining the pursuit of a dignified career, where professionalism, work ethics and devotion aren’t foreign concepts. 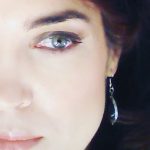