Last year we published an extensive interview with composer and orchestra leader Maria Schneider. During the interview we spoke a great deal about her latest album “Data Lords”. Today the news reached us that the album has won Le Grand Prix de l’Académie du Jazz for Best Record of the Year. This award in our opinion more than well deserved and we congratulate Maria. Inspired by conflicting relationships between the digital and natural worlds, Data Lords (July 2020, ArtistShare) features the world-class Maria Schneider Orchestra. 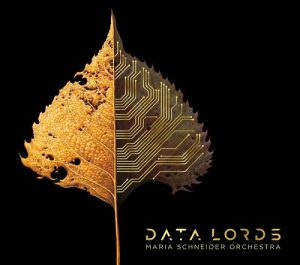 “I am grateful to l’Académie du Jazz for this tremendous honor,” says Schneider. “To receive this award from this excellent organization in France, a country that is awake to the ravages of big tech companies on our lives and our rights, is of special significance to me. I am grateful to my incredible band who truly make the music what it is. I would like to dedicate this award to pianist Frank Kimbrough, who was such an important part of my band for so many years, and whom we lost suddenly this year.”

Maria Schneider’s music has been hailed by critics as evocative, majestic, magical, heart-stoppingly gorgeous, imaginative, revelatory, riveting, daring, and beyond categorization. Blurring the lines between genres, her varied commissioners stretch from Jazz at Lincoln Center, to The Saint Paul Chamber Orchestra, to the American Dance Festival, and include collaboration with David Bowie. She is among a small few to receive Grammys in multiple genres, having received the award in jazz and classical, as well as for her work with David Bowie.

With her first recording Evanescence (1994), Schneider began developing her personal way of writing for her 18-member collective made up of many of the finest musicians in jazz today, tailoring her compositions to the uniquely creative voices of the group. They have performed at festivals and concert halls worldwide, and she herself has received numerous commissions and guest-conducting invites, working with over 90 groups in over 30 countries. 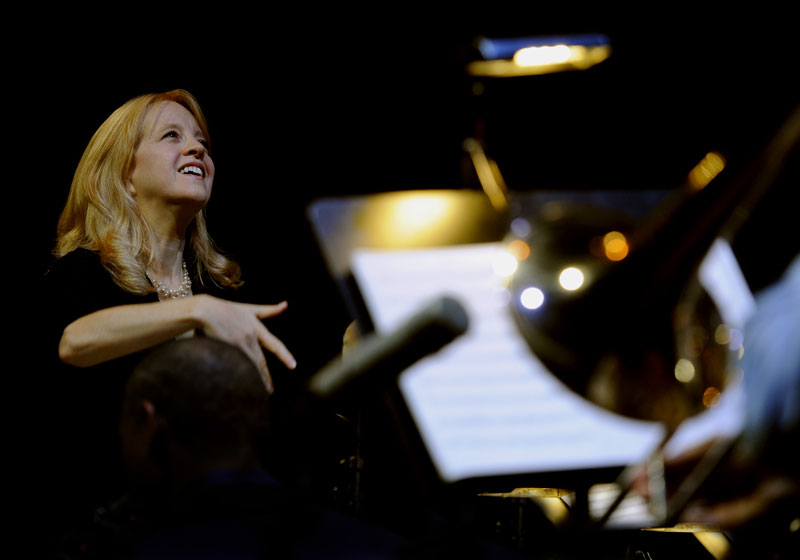 Unique funding of projects has become a hallmark for Schneider through the trend-setting company, ArtistShare. And, in 2004, Concert in the Garden became historic as the first recording to win a GRAMMY with Internet-only sales. Even more significantly, it blazed the “crowd-funding” trail as ArtistShare’s first release, and was eventually inducted into the 2019 National Recording Registry.

A strong voice for music advocacy, Schneider has testified before the US Congressional Subcommittee on Intellectual Property on digital rights, has given commentary on CNN, participated in roundtables for the United States Copyright Office, has been quoted in numerous publications for her views on Spotify, Pandora, YouTube, Google, digital rights, and music piracy, and has written various white papers and articles on the digital economy as related to music and beyond.  “Musicians have been the canary in the coal mine,” Schneider says. “We were the first to be used and traded for data.”