Chris Abelen | The audience is growing. 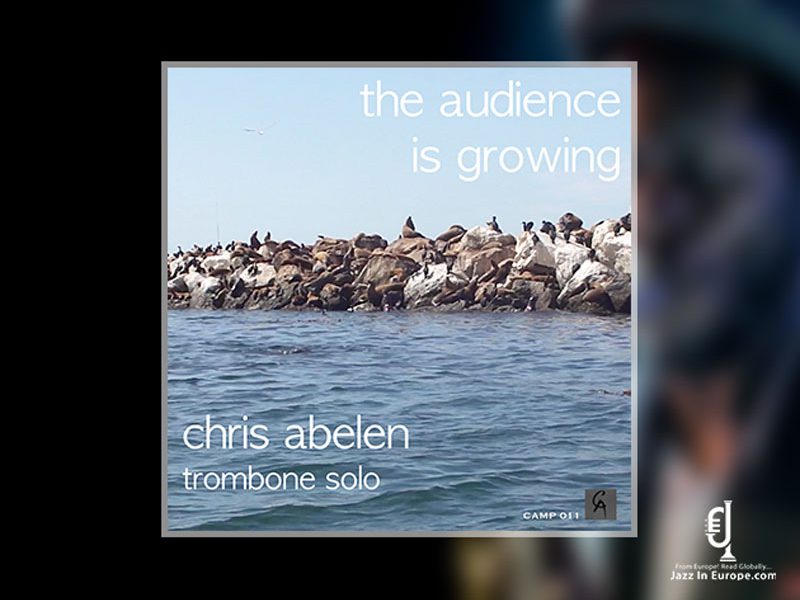 Recently Dutch Trombonist Chris Abelen released his latest album titled “The audience is growing”. Solo instrumental albums are challenging no matter what the instrument yet with this set Chris has risen to the challenge presenting a unique set of solo trombone music. Impressed with the album we asked Chris to provide us with the back story to the recording. Over to the Chris…

This project comes with a story. (I read somewhere stories are very 2020.)

It’s a story about why someone would pick the slide trombone. It’s a cool instrument, has a great sound, and it looks good on TV with the slide moving back and forth. But it also comes with built-in limitations, compared to, say, trumpet. You’ll never play as fast as a trumpet player can. Trumpet, it takes one push on a valve to change a note; on trombone you have to move the slide about four inches to get the same result, and you’ll still hear a glissando. If your goal is to play at the same speed as a trumpet player, buy a valve trombone, problem solved. Of course you can start to practice slide trombone like an idiot but it will never sound the same; you’ll have to fake the speed with a combination of (doodle) tonguing, ghost notes and playing softly. And when you do reach the point where you can play fast, no one will care except other trombonists: Wow, did you hear how up-tempo they played that? Give them a medal, or send them to a circus. So: either buy a valve trombone, or (better yet) accept the limitations and start making music. Tell a story. Nowadays everybody’s doing that.

About the brief program: At first I’d intended to record more sessions, but after some extensive listening to these five tracks I decided that this is it—that more solo trombone would be a (boring) recap of what I’d played already, unless I try to play fast, wrecking my own story. Meanwhile I’ve been working on finishing my Bye bye Bloomingdale project for trombone and electronics. So if The audience is growing leaves you wanting more solo trombone, it’s on the way.