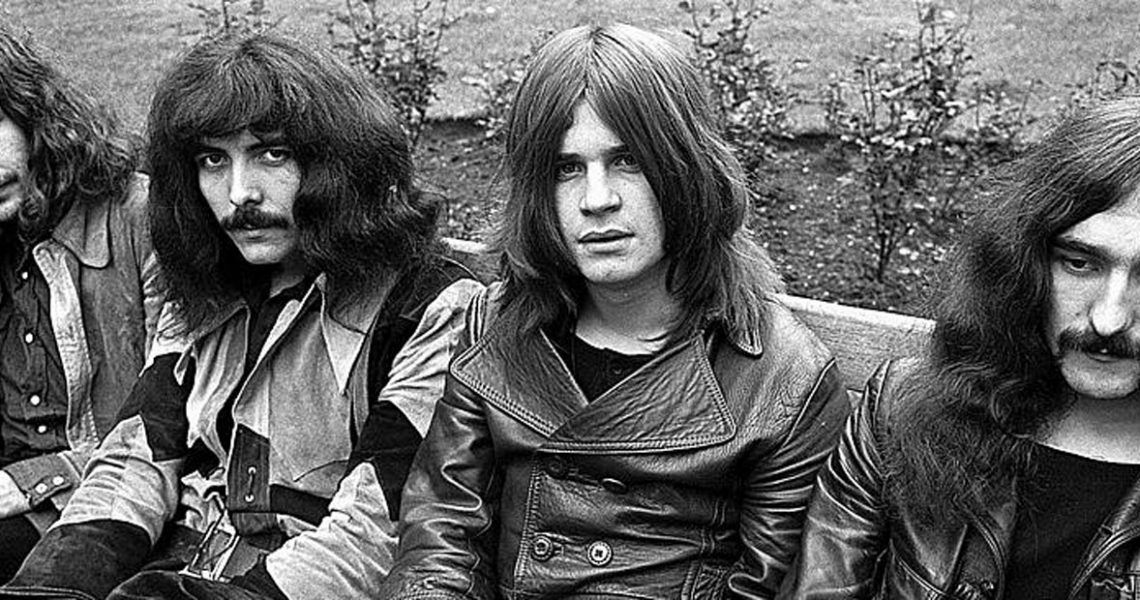 In the jazz media business, the one thing you can count on is the endless stream of press releases received daily in your inbox. Mostly the subject material is fairly run of the mill, new album release, tour dates etc, however, every now and then you find one that’s stranger than fiction. This was the case when we received a press release from Blacklake Records titled Jazz Sabbath: The lost tapes.

Now this is not your average re-discovered album story and to be honest when I first read the press release it crossed my mind that this is most likely to be a scam – but you never know, after all, we are living in a time when the president of the United States is Donald Trump! So Instead of just a quick announcement paraphrasing from the press release I’ve decided to add the full story as presented in the liner notes on the LP sleeve and CD booklet below. Please read on. 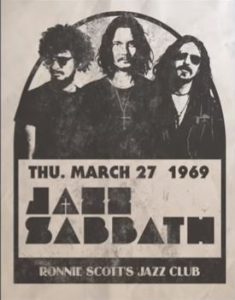 Liner Notes: “Formed in 1968, Jazz Sabbath were considered by many to be at the forefront of the new jazz movement coming out of England at the time. The eagerly awaited debut album, scheduled for release on Friday 13th February 1970, was destined never to be released. Until now. The album was cancelled when news broke that founding member and pianist Milton Keanes was hospitalised with a massive heart attack which left him fighting for his life. The record company took the decision to shelve the album and cancel the scheduled release out of compassion and the financial uncertainty of releasing a debut album from a band without its musical leader.

When Milton was finally released from the hospital in September 1970, he found out that a band from Birmingham, conveniently called ‘Black Sabbath’, had since released two albums containing metal versions of what he claims were his songs. Milton tried to contact his record label, Rusty Bedsprings Records, only to find out it didn’t exist anymore and the label owner was in jail. All recalled Jazz Sabbath albums had been destroyed when the warehouse burned down in June 1970; which turned out to be a case of insurance fraud by the label owner, leaving only a few bootleg tapes of Jazz Sabbath’s live performances between 1968 and 1969 as proof of existence.

The album masters were said to be lost in the fire, but were actually misplaced and gathered dust in the basement vaults of the recording studio for many years, destined never to see the light of day. In late 2019, nearly 50 years later, the man who bought the building where the recording studio had been located (in order to turn it into a vegan pet shop) found the master recording tapes, which contained the original masters from the 1969 recording sessions and the slides containing the original album cover.

These tapes have now been remixed and will finally be heard. The album will prove that the heavy metal band worshipped by millions around the world are in fact nothing more than musical charlatans, thieving the music from a bedridden, hospitalized genius.” 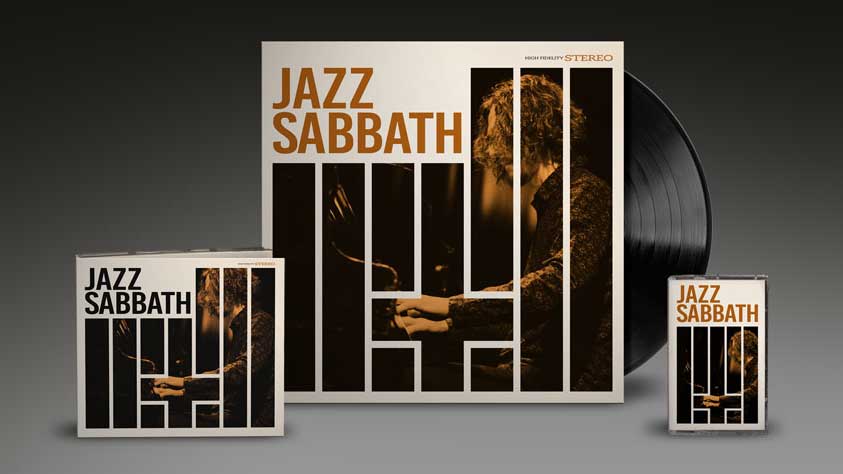 So after digesting this, the press release goes on to include a YouTube link to a documentary that has been made about this shocking injustice. Still highly suspect on this I was eager to review the metadata provided and thought I’ll check this video out later and continued reading. To my surprise at the bottom of the press release, it states that the Man behind the project “Milton Keanes” is actually Adam Wakeman, son of Rick Wakeman and keyboard player with Black Sabbath and Ozzy Osbourne.

The penny dropped. First of all, Adam (or should I say Milton) was born some 4 years after the so-called original masters had been recorded and set for release on the fateful Friday in 1970. I then watched the documentary and I can honestly say I’ve not laughed as much since the first time I saw Spinal Tap.

In this documentary Milton is interviewed by actor Robert Powell, discussing the rise and fall of Jazz Sabbath and the (re)release of their debut album on April 10th 2020. Robert also interviews a list of people, recalling their memories about seeing the band or hearing the bootleg tapes 40-50 years ago. Featuring (former) members of Black Sabbath, Ozzy Osbourne, Motorhead, Faith No More, The Ramones, Royal Blood and others.

Jazz Sabbath is actually Adam Wakeman with bassist Jerry Meehan and drummer Ash Soan. The album features a selection of Black Sabbath’s legendary tracks re-imagined in a jazz format and will be released on April the 10th. Jazz Sabbath will also be touring later in the year and the documentary is on YouTube and you can watch it below.

I’ve always said if you’re looking for media coverage you have to have a story to tell. Congratulations to Adam and the rest of the team behind this release, it’s the best story around an album release I’ve heard in years. Please take the time to watch the video.

You can find out more about this release and some of Milton’s up-coming guest appearances at the Jazz Sabbath Website here.