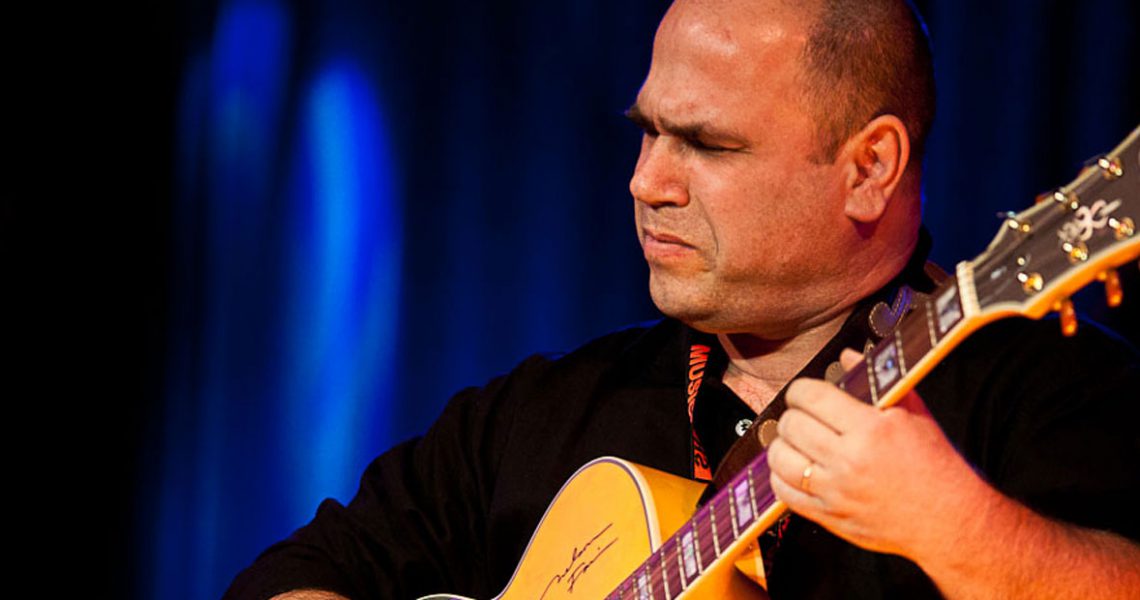 This coming Thursday the Zurich Jazz Orchestra will present a new program at Switzerland’s leading jazz venue Moods. From its humble beginnings in 1995 as a rehearsal band and forum for local composers and arrangers, the band has constantly evolved over its 23 year history and can now take pride of place in the top echelon of Europe’s renowned Big Band scene.

In 2017 the band entered the studio to record their fourth album and the first under direction Steffen Schorn titled “Three Pictures” (Mons Records). The album was released in April of this year and has met with wide critical acclaim. The program on the 20th of September in Moods is Titled “Brazil” and features the Brazilian guitarist and composer Nelson Faria who is without exception one of the “Who’s Who” of the South American musical world.

An evening with Faria comprises gems from the Música Popular Brasileira (MBP) repertoire arranged by Faria himself as well as a number of his own compositions such as “Brooklyn High” and “Rio”. Nelson Faria is known as one of the most important musicians in Brazil having released over 12 albums as the leader and published 6 books throughout the world. As a guitarist, arranger and producer Faria has appeared on over 200 CDs by Brazilian and international artists and toured with artists including João Bosco, Till Broenner, Ivan Lins, Gonzalo Rubalcaba, Milton Nascimento, Lars Jansson, Paulo Moura, Leila Pinheiro, Leny Andrade, Wagner Tiso.

Recently Jazz In Europe announced a collaboration with Moods Digital where selected concerts from the venue will be streamed live on the Jazz In Europe website and this concert will be the “first cab off the rank.

Music fans from all over the world can watch the live broadcast concerts either “live” or “on demand”, through a subscription system. Subscribers choose when and where to watch Moods concerts on their mobile, computer, Roku, or Smart TV devices. Moods concept is to document the music created at Moods and create an additional revenue stream for the artists. “We hope with this project that the music on this platform will be studied and enjoyed by people of open minds all over the world,” said Claudio Cappellari, Co-Director of Moods Jazz Club.

Jazz In Europe is proud to partner with Moods. We firmly believe in the concept and are proud to make this concert available to our readers.

To view this concert visit our exclusive Moods Digital page (Click the Banner Below) and log on to enjoy the entire concert free of charge. The stream will start automatically at 8:30 pm (Zurich Local Time). 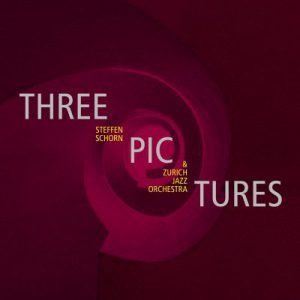 In a recent review on this platform, Jan Veldman said “Three Pictures takes the listener on a roller-coaster ride through many varied soundscapes and emotions ranging from the impressionism of a Monet to the anguish of Edvard Munch’s “Scream” and all points in between.” The album features music composed and arranged by the bands artistic leader Steffen Schorn.

Steffen said “Imagination, a willingness to take risks, and incredible energy are the ingredients which make the ZJO unique”. he went on to say, the ZJO is one and a half dozen truly excellent musicians – eighteen individuals whose musical interaction blends together into a single organism!

You can preview the album here.