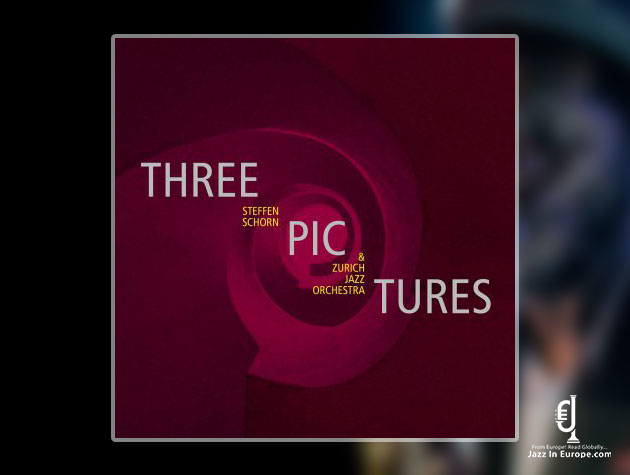 The Zurich Jazz Orchestra (ZJO) was first launched in 1995. What began twenty three years ago as a “rehearsal band for local composers and arrangers” is now a top-class big band that‘s tough to beat in terms of variety and excellence. With its musical virtuosity, innovative programme and extraordinary level of commitment from both its artistic director the ZJO has played its way into the top league of the European big band scene.

With three albums already released, Beyond Swiss Tradition (2005); New Plans (2008); Songs (2012) and celebrated by a steadily growing fan base at clubs, festivals and theatres, both at home and abroad, the ZJO has now provided its very own soundtrack to this success story.

April 2018 sees the release of the fourth album on Mons Records titled “Three Pictures”. This album is the first under direction of the new artistic Director, Steffen Schorn.

Three Pictures comprises 7 compositions all composed and arranged by Steffen Schorn who also can be heard on the album soloing on C-Melody Saxophone and Bb Tubax (more commonly know as subcontrabass saxophone). The album features 2 longer peices in suite form, the “Africa suite” (Tracks 2,3 & 4) and the title suite “Three Pictures” (Tracks 6, 7 & 8) along with three individual compositions and the interlude piece “Der Wildbotz 1 & 2”.

“Imagination, a willingness to take risks, and incredible energy” are the ingredients which make the ZJO unique, according to Steffen Schorn. And one and a half dozen truly excellent musicians – eighteen individuals whose musical interaction blends together into a single organism!

You can Purchase or stream the album here.