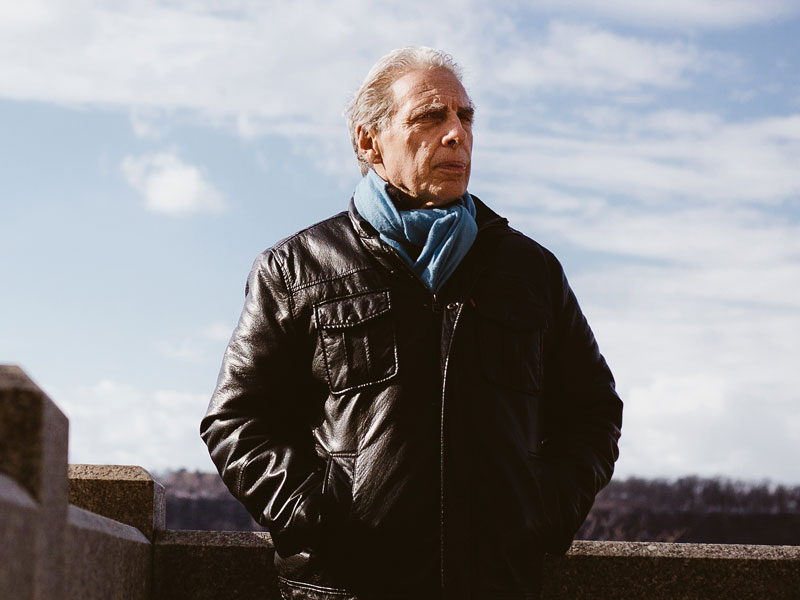 At the age of 71 you would expect to be reflecting on a long career while sipping a Pina Colada on a beach in the Caribbean. Often not the case with musicians and definitely not the case with drummer Mike Clark. Mike Clark has had an amazing career and shows no sign of slowing down in the slightest.

In the drum world Mike Clark has almost cult status mainly built from his work with Herbie Hancock in the 1970’s. The grooves that he created on the Hancock classics “Actual Proof” and “God Make Me Funky” are legendary among generations of funk drummers as well as being some of the most sampled grooves in the Hip Hop.

A simple look at Mike’s discography not only shows Mike’s legacy in the Funk world but also demonstrates Clark’s prowess as a straight ahead jazz drummer and the powerhouse behind many of the legendary recordings of artists such as Chet Baker, John Scofield, Tony Bennett, Wayne Shorter, Joe Henderson, Dr. Lonnie Smith, Nat Adderly and this is just scratching the surface. Last week saw the release of Mike’s new recording “Retro Report“, an organ trio featuring Delbert Bump and guitar prodigy Elias Lucero.

Later this month Mike will also take to the road in Europe for a limited number of concerts and Masterclasses in France, Germany, Norway and Belgium. I recently had the pleasure of talking to Mike to speak about this, his new album and a great deal more. Enjoy.

Andrew Read: Mike, thanks for taking the time to answer a few questions for our readers. When you ask people and especially drummers about Mike Clark the story always seems to start at Herbie Hancock, yet prior to this you were working regularly with a number of “A” list artists at the time. Can you tell us about these early days and what Mike Clark was up to before Joining Herbie Hancock.

Mike Clark: Before I met Hancock I was playing in the Bay Area with Bobby Hutcherson, Woody Shaw, Vince Guaraldi, Jon Hendricks, and Joe Henderson. I played with most of the jazz cats that lived there or who were traveling through San Francisco or Oakland area, including Andrew Hill. I had my jazz organ trio in a club for three or four years as a bandleader as well as doing some recording. Before that, I travelled as a child drummer doing solo spots with big bands and Trad Jazz Bands across the US. My Dad was a drummer and got me gigs as I could play at a high level as a child. Some where around 1973 I met Herbie.

AR: I watched a video of you speaking about your time playing with Herbie Hancock back in the 70’s. I was interested to hear when you said, and I’m paraphrasing here “If I do this gig I’m going to become known as a funk drummer and it might put a dent in my jazz career”. We’ll it looks like you were correct – you are best known as a great funk drummer. Did it put a dent in your jazz career?

MC: Well the Herbie gig was a long time ago and I have a lifetime of playing jazz both before and after Herbie but I would say the reason people know me from that gig is because the records I played on sold more than a million units and the jazz records I made did not, it’s that simple.

I did say to Herbie that he was playing funk and it might put a dent in my jazz career and it did somewhat. I’ve been working since the 70’s as a jazz artist but back then I was young and needed money. I wanted to play with Herbie no matter what he was playing and it was a great experience. I was not that interested in playing funk, like every young drummer at that time it was fun to play a blues shuffle or a James Brown tune but maybe only for a few tunes. I had no intention of doing it for my life’s work.

Immediately after I left Hancock I joined Eddie Henderson and we did a five night a week gig in San Francisco that lasted one year, it was great. Joe Henderson, Pharaoh Saunders, Dave Liebman, Mark Levine, Julian Priester and many other greats all played, it was wonderful. I’ve just made a record with Eddie Henderson, its his date with Kenny Barron, Donald Harrison and Essiet Essiet, it’s going to be released this May. I also have a jazz CD coming out on the Ropeadope label with a new group called Venture, it features Mark Sherman, Chase Baird and Felix Pastorious.

AR: You’ve played in so many bands and appeared on countless albums yet one of my favorite albums you’ve done is Expedition 2 with the band you co-led with pianist pianist Michael Wolff. This album was released in 2015, can we expect something new from this band in the near future?

MC: I am delighted you like Wolff and Clark 2, I like it also. Yes we’re writing and getting ready to make another record in the next few months, I’m excited about it. We have been doing a few gigs to get things sounding like we want them to. Michael is brilliant and I love playing with him, we have been playing together since before I played with Herbie.

AR: You also co-lead a new incarnation of The Headhunters with original founding member Bill Summers. What was the motivation for this?

MC: Money! This is a tough economy and many times doing a tour with the Headhunters provides money for my jazz recordings or concerts. I do love Bill Summers, he can play anything. When we bring Donald Harrison it’s always a lot of fun and very creative so its not just a pocket gig. At times doing this gig gives me the money to pursue my jazz career which to me is very important.

AR: On your up coming European tour you will be working with bassist Reggie Washington and Sax player Rick Margitza. Tell us a little about how this line-up came to be and what the audience’s can expect.

MC: I played with Reggie Washington many times and knew him from New York. He can swing really hard and hears a lot of intense ideas on the acoustic bass as well as electric, so I knew I wanted him. I have always dug Ricks playing and when his name came up I thought YES this is the guy!!!!

I would say the audience can expect a hard swinging jazz trio that is going to take a lot of risk. The music will be conversational and open. We have some older tunes, some originals and some interesting surprises for everyone. It will be an exciting trio with lots of exploration and fire.

AR: When researching for this interview I checked out quite a few videos and reading the comments you can see you have a pretty “Die Hard” fan base. In fact, I think it was Jazz Times that said you have “an international cult following and influenced generations of drummers throughout the world.“ On your up-coming tour, you’ll also be giving some masterclasses. How important is education and mentoring young players for you.

MC: I think passing the torch is very important as it was passed to me by the masters. I’m all about teaching others and discussing what I was told and what I and others players I know have experienced. I do clinics for this very reason. I have a lifetime experience to share in jazz I didn’t go to music schools I learned from the greats. They are mostly gone now so I think my generation should pass on what we have learned. I would like the students and musicians of tomorrow to know that you can create value for yourself and others through jazz music. I don’t really like the word jazz but I don’t know what else to call it for the sake of the interview.

AR: If a musician who attends one of your masterclasses takes away only one thing from the experience what would you hope it to be?

MC: Hopefully the students will leave with a sense of history, language, vocabulary, different concepts, phrasing and to have his or her own voice,

AR: Let’s speak about the new album with Delbert Bump. You are no stranger to the organ trio format, What do you enjoy about this format?

MC: The organ trio experience..well first of all …Hard Swing is the name of the game which is to me as much fun as I have ever had doing anything. Totally a rewarding experience!! The blues is always right there close by and if you decide to play a shuffle it is like going to heaven! Also you can hit hard, and add as much grease as you got in you. For a drummer at least this drummer it is a ton of fun and very loose and creative. Also it brings back great memories of all the great organ groups I played with. I lived in Harlem when I first came to New York and played with many fantastic organ groups

AR: The Album is just out, do you have plans to tour with this line-up?

MC: I love playing the music of the new organ CD and yes we are already booking some dates in the US. Hopefully we can bring the trio to Europe, it’s an exciting band. Check out the guitarist Elias Lcero who was 19 when we made this record he is killing it!

Delbert Bump and I have a long history of playing organ lounges when we were young so we decided to celebrate that experience with this CD. It was very natural most are first takes with no real editing its just as it it. It felt so good we just decided to put it out and it is getting some strong airplay in jazz radio already!

AR: To finish up, I’ve asked this question a great deal in recent interviews and it’s provoked some rather interesting answers so far, so here I go. What are your thoughts on the state of Jazz music today and where do you see the future of the genre?

MC: Well for me the so called jazz business is nothing more than a lifetime of determination, and I refuse to take no for an answer. I learned this from the great Buster Williams. The economy does whatever it does, the record business changes everyday, clubs open and close but I am still playing full time and intend to until I am outta here.

So for me I don’t pay attention to each change or get upset by the ebb and flow of the business as the music is my passion and love so I just keep trying to improve. Martin Luther King said whatever your craft is if you continue to try to do it better and better the world will beat a path to your door even if you live in the woods. I am paraphrasing his quote however I live my life by this mind set.

* These Masterclasses will be followed by a Jam Session for the participants.