Jazz at the Lincoln Center Orchestra, The Music of Wayne Shorter 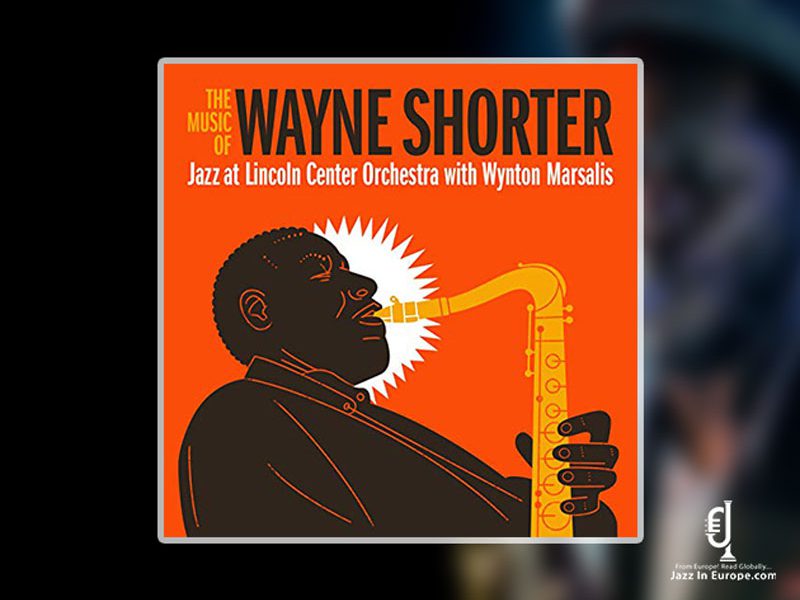 “He’s at the highest level of our music—you can’t get any higher than him,” says Wynton Marsalis when speaking of the legendary saxophonist, composer, and bandleader Wayne Shorter. With a legendary career spanning over 60 years, the 11-time GRAMMY award winner (including a Lifetime Achievement Award from the Recording Academy) has released countless classic records and amassed a canon of lyrical, introspective music that stands up to the greatest jazz composers.

In 2015, the formidable 81-year-old joined the Jazz at Lincoln Center Orchestra with Wynton Marsalis on stage for three unforgettable nights; the result is The Music of Wayne Shorter, out Jan. 31 on CD and digital formats.

For the record, JLCO members arranged beautifully, intricate versions of some of his most classic songs, including “Armageddon” (from 1964’s Night Dreamer), “Endangered Species” (from 1985’s Atlantis), and a very tender, Marsalis-penned take on “Teru” (from 1966’s Adam’s Apple). From Art Blakey to Miles Davis, from Weather Report to his own fabled Quartet, Shorter has done perhaps more than anyone to expand the known universe of jazz. Now, The Music of Wayne Shorter takes Shorter to places he’s never been before, giving his beloved compositions and hauntingly lush saxophone sound the big band backdrop they’ve long deserved. As Marsalis says, “Everybody strives to have a personal sound: his sound is definitive.”