Lost Miles Davis recording to be released on Vinyl. 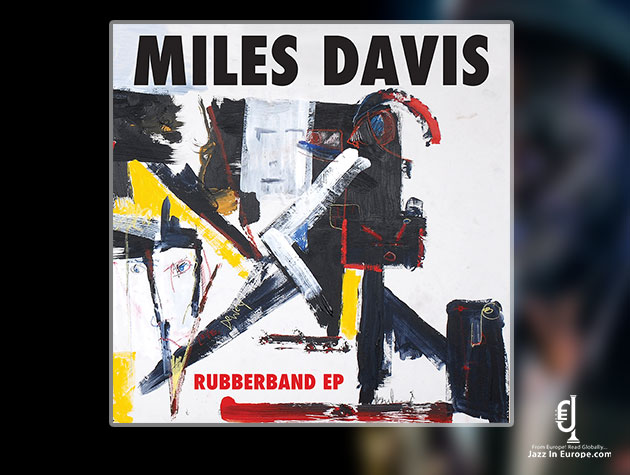 International Record Store day has become one of the most important events on the calendar for lovers of Vinyl. Conceived as a way to promote independent Record Stores in 2008 the event has grown to the point where today there are Record Store Day participating stores on every continent except Antarctica. Special vinyl and CD releases and various promotional products are made exclusively for the day.  In 2008 a small list of titles was released on Record Store Day and that list has grown to include artists and labels both large and small, in every genre and price point. For several years, 60% or more of the Record Store Day Official Release List came from independent labels and distributors.

In 1985, Miles Davis shocked the music world by moving from Columbia Records to Warner Bros, and started recording the album Rubberband. This album marked a radical departure for Davis, Striving for commercial success the album was to be filled with funk and soul grooves and was planed to include vocals by Al Jarreau and Chaka Khan. Produced by Davis, Randy Hall and Zane Giles, the line-up boasted Davis on trumpet and keyboards, keyboardists Adam Holzman, Neil Larsen and Wayne Linsey, percussionist Steve Reid, saxophonist Glen Burris and Davis’s nephew Vince Wilburn Jr., on drums. Engineered by Reggie Dozier (brother of Lamont Dozier, part of the legendary Motown songwriting team), the Rubberband sessions took place at Ameraycan Studios in Los Angeles from October 1985 to January 1986.

The album was subsequently shelved and Davis went on to record Tutu. While the album remained unfinished, a re-mastered version of the title track “Rubber Band” appeared on the 2010 digital release “Perfect Way: The Miles Davis Anthology – The Warner Bros. Years” released by Warner Classics UK.

32 years after Rubberband was recorded, the original producers, Hall and Giles, teamed up with Davis’ nephew, Vince Wilburn, Jr., to finish and update the title track. In September 2017, they invited the 12-time Grammy-nominee soulful singer Ledisi, appearing courtesy of Verve Label Group, to guest on vocals at the Village Studios in Los Angeles. The sessions, co-produced by Anthony “Mac Nass” Loffman and Arthur Haynes for SmashSound Syndicate, together with the original title track, will be released as a 45rpm vinyl 12” EP on Record Store Day 2018.

Co-Producer, Randy Hall said “It was fat grooves, really funky, Miles talking. It was street and funky and dirty. We didn’t go after writing a great jazz song, Miles wanted the street thing; he wanted the chord changes he wanted to play. The basis was to take it to the street like On The Corner, it was Miles taking more chances,” Giles added, “Miles kept saying ‘I don’t wanna do my usual stuff. I wanna do something different.”

More information on the history of this recording can be found in George Cole’s book “The Last Miles: The Music of Miles Davis, 1980-1991”

The Vinyl EP will include”

The cover artwork is a painting by Davis, courtesy of Miles Davis Properties L.L.C.