Sunday Blues – Have You Ever Loved A Women by Freddie King. 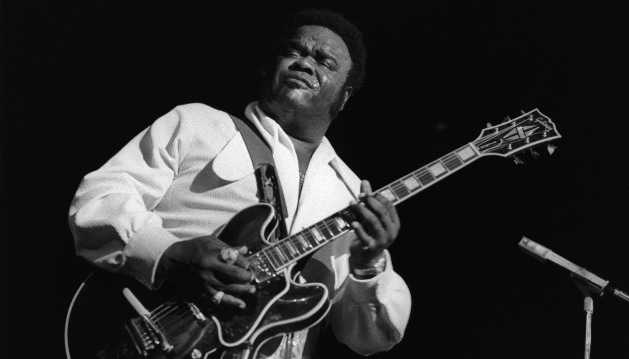 Sunday again, sure comes round fast these days! Grab a coffee, or something a little stronger and chill-out with Freddie King playing and singing with his gritty deep raspy voice – Have You Ever Loved A Women.

Have You Ever Loved A Women was written by Billy Myles, and first performed by Freddie King in 1960. It was later covered by Derek and the Dominos, Eric Clapton, Little Milton, B.B. King and Van Morrison.

Freddie was a man of stature, dwarfing his cherry red Gibson ES-355 but he sure could put fire and soul into ever guitar lick he played.

Described by Gerd Klassen; “as one of the Three Kings of electric blues guitar, along with Albert King and B.B King.” Freddie was born on September 03rd, 1934.

One of the YouTube video comments says “This Dude is like BB King on Steroids.” Hell yeah!

Freddie King’s most successful year of his musical career was in 1961. He managed to place six singles on the Billboard’s R & B charts this included four that moved into the Top 10.

Eric Clapton has said numerous times in interviews that Freddie King was his early inspiration, and his guitar hero. In fact it was the reason that Clapton purchased his first Les Paul guitar. Clapton also said that the 45 release side A – Have You Ever Loved A Women converted him to the Blues.