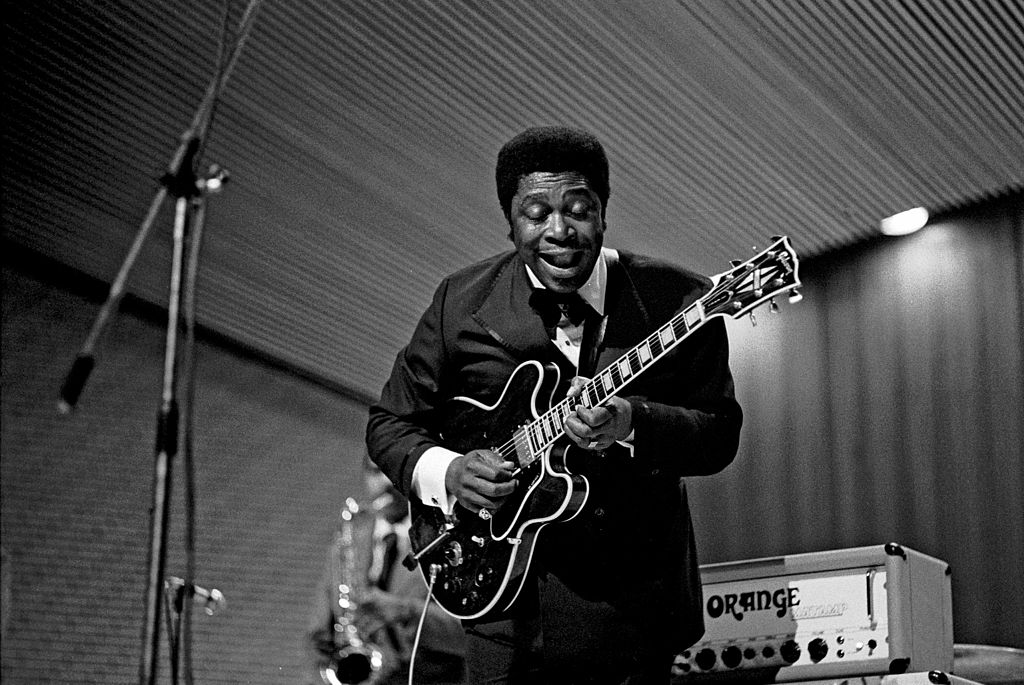 B.B. King Live In Africa ’74 is an extremely rare intimate view of B.B. King in concert. At age 49, having “crossed over” to wide popularity with his show at the Fillmore West in 1968 and secured his fame with the 1970 hit “The Thrill Is Gone,” B.B. stands onstage before Muhammad Ali and a crowd of 80,000 on the continent his ancestors left in chains and gives one of the most thrilling performances of his life.  – Charles Sawyer – author of the first biography of B.B. King. The Arrival Of B.B. King (Doubleday 1980, Da Capo 1982

Riley B. King (September 16, 1925 – May 14, 2015), known professionally as B.B. King, was an American blues singer, electric guitarist, songwriter, and record producer. King introduced a sophisticated style of soloing based on fluid string bending and shimmering vibrato that influenced many later electric blues guitarists.

King was inducted into the Rock and Roll Hall of Fame in 1987, and is considered one of the most influential blues musicians of all time, earning the nickname “The King of the Blues”, and one of the “Three Kings of the Blues Guitar” along with Albert King and Freddie King. King was known for performing tirelessly throughout his musical career, appearing at more than 200 concerts per year on average into his 70s. In 1956 alone, he reportedly appeared at 342 shows.

King was born on a cotton plantation in Berclair, Mississippi, and later worked at a cotton gin in Indianola, Mississippi. He was attracted to music and the guitar in church, and began his performance career in juke joints and local radio. He later lived in Memphis, Tennessee, and Chicago, and toured the world extensively. King died at the age of 89 in Las Vegas, Nevada, on May 14, 2015, from congestive heart failure and diabetic complications.

Images: from Heinrich Klaffs and from Wikimedia Commons and (c) info: all rights go to original recording artist/owner/photographer(s)