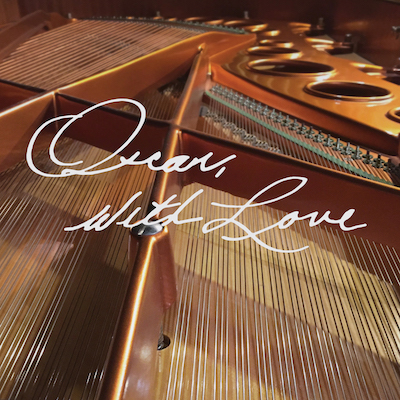 In 2015, a special 3-CD set, Oscar, With Love, was released to observe the 90th birthday of jazz piano legend Oscar Peterson (1925-2007). To honor her late husband, Kelly Peterson assembled some of the most celebrated jazz artists in the world to perform and record on the luminary’s prized personal Bösendorfer Imperial piano, and then released the recordings as a deluxe collector’s edition, featuring an extensive 100+ page commemorative book, and as a standard 3-CD digipak package.

Mack Avenue Records has re-released this project, in time to commemorate the 10th anniversary of Peterson’s passing. A new deluxe limited edition 5-LP vinyl set is also due for release in 2018.

The set showcases Oscar Peterson as a composer and includes the world premiere of several pieces he wrote but never recorded; the compositions were retrieved from Peterson’s library for the project. Most of the music on the recording was written by Peterson, or for him by some of his closest musical friends including Chick Corea’s “One For Oscar.”

Preview the album on Spotify: