Monk Misterioso – a journey into the silence of Thelonious Monk 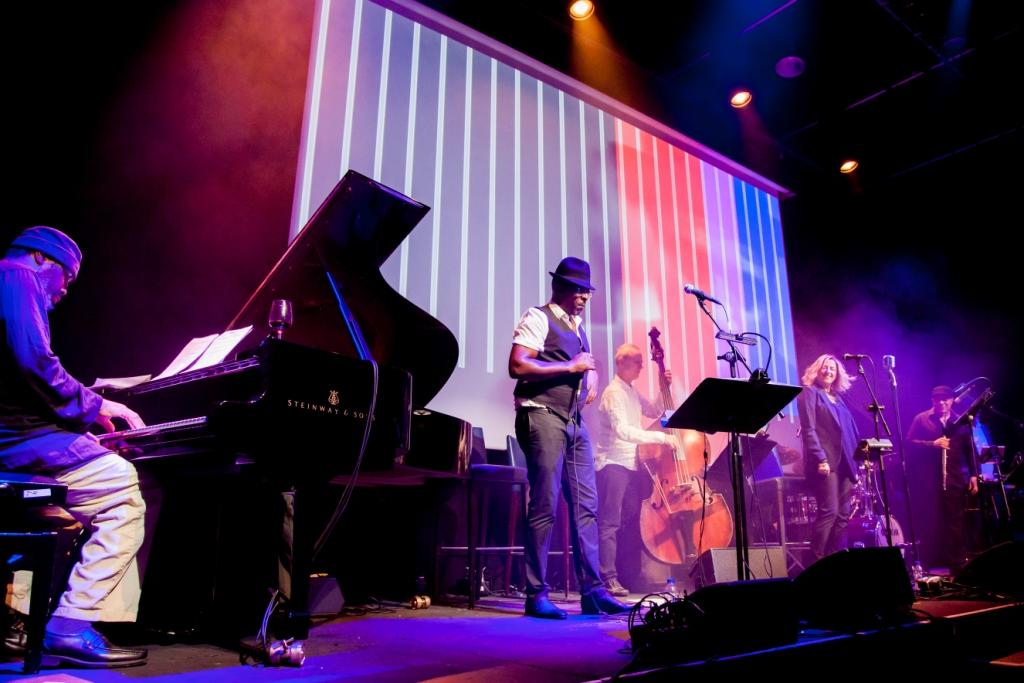 Another busy and packed EFG London Jazz Festival has concluded.

One of the sold out performances, “Monk Misterioso”, at Kings Place in London, proved to be my favourite gig.

The crowd, a good mixture of old, young, jazz fans and more, was going to be witness to a spectacular rendition of Monk’s tunes together with text by Italian poet, writer and journalist, Stefano Benni as performed and narrated by Filomena Campus, vocalist and theatre director. 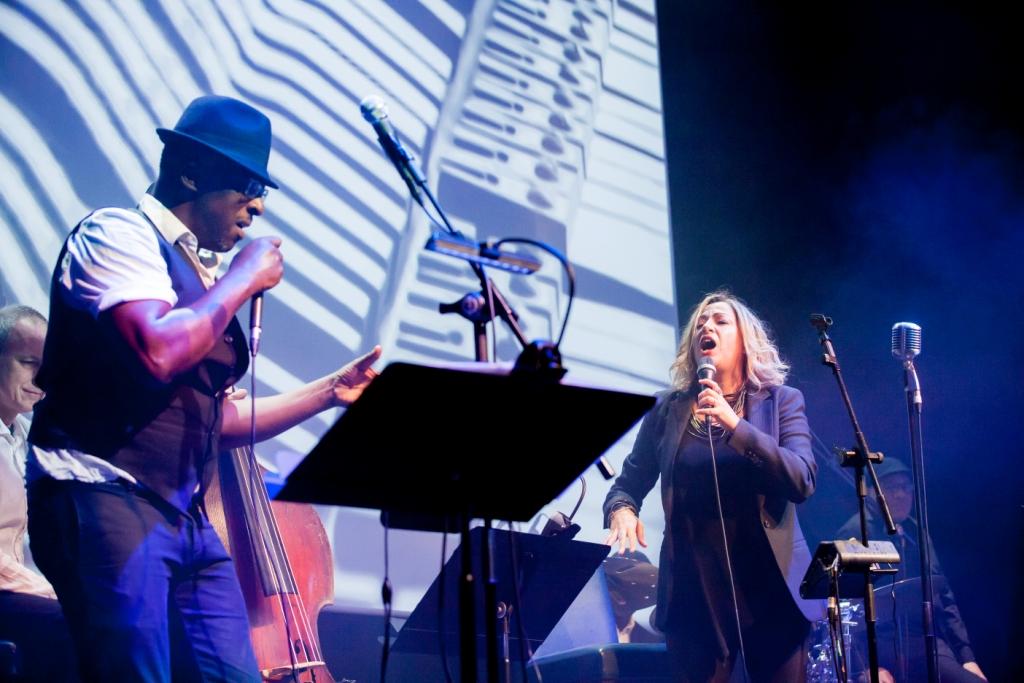 So why was the show so powerful?  Bear with me please.

As a writer, it is not often I am left speechless…. My review was made difficult to compose because all the artists and musicians, on the night, were simply high calibre.  Where to begin?

Let me deliberate a little: a theatrical performance on the jazz monster that is Monk was always going to be a huge endeavour, BUT, and here comes the crucial point, for people like Campus, Benni, Watkiss and the rest of the band, all full of sheer passion and talent, the “Monk Misterioso” tour (also performed at Colchester, The Stables, Portsmouth and then finally London) was going to be easy pieces.

The opening of the gig, for example, that saw Cleveland Watkiss on piano first and then move to the microphone: one could feel his raw power coming alive as he went on singing, humming, speaking and scatting.  The melodious genius of Rowland Sutherland on flute as well as being musical director on the tour, the crazy beats of Orphy Robinson on vibes.

There were vintage clips being projected on the screen behind the band on stage, from political references (McCarthy, Trump) to musical ones (Billie Holliday as well as several of Monk himself). 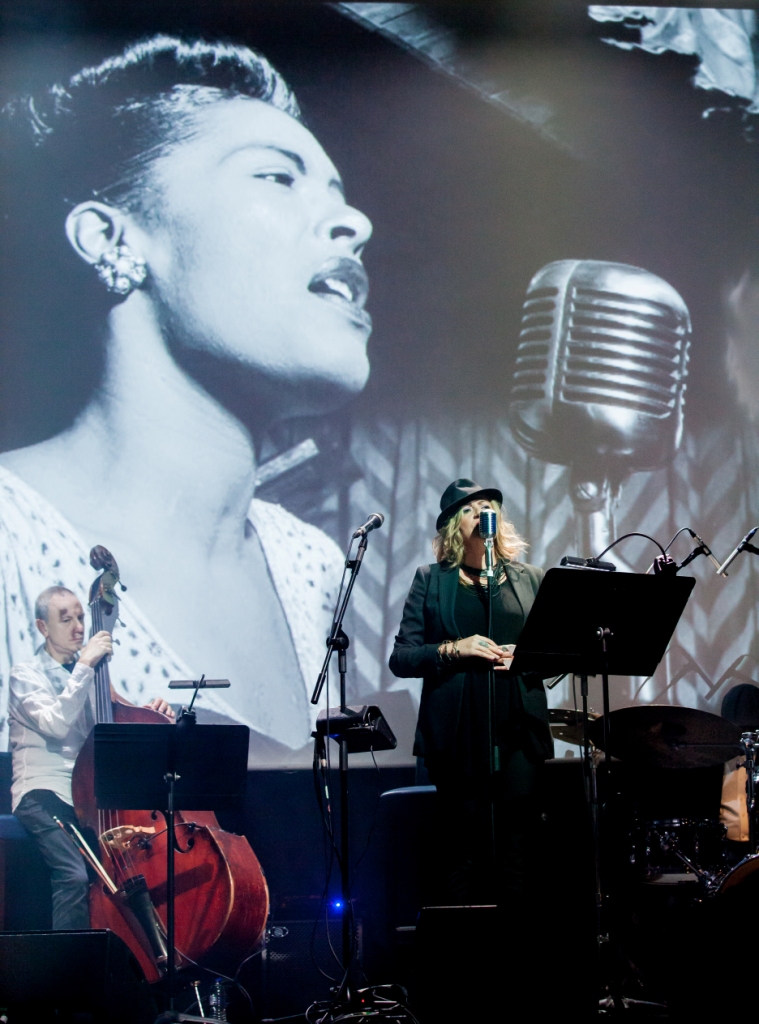 These, too, were always well in synch to the performances and the tunes played.  The band, by the way, did not know what was being shown behind them, which, in my opinion, made the whole show even more superlative.

Wondrous artist like Pat Thomas on piano left me emotional and speechless, he was vibrant and tender on those piano keys!

Amongst some of the Monk’s tunes performed by the band were pieces like Misterioso, Round Midnight, Crepuscule with Nellie, Brilliant Corners.

It is apt here to quote the inimitable Benni, his words are pure, crips and moving:

“And there are silences that speak

And others that lock themselves like a steel trap.

The silence of the sick in bed

The silence of lovers sleeping

The silence of Crepuscule with Nellie

The silence of my loneliness and your voice from afar” (S. Benni – translation by F Campus)

I believe there are performances these days that can open our minds and leave an imprint for us to then stop and ponder for a while in silence perhaps, just like Thelonious would have done. 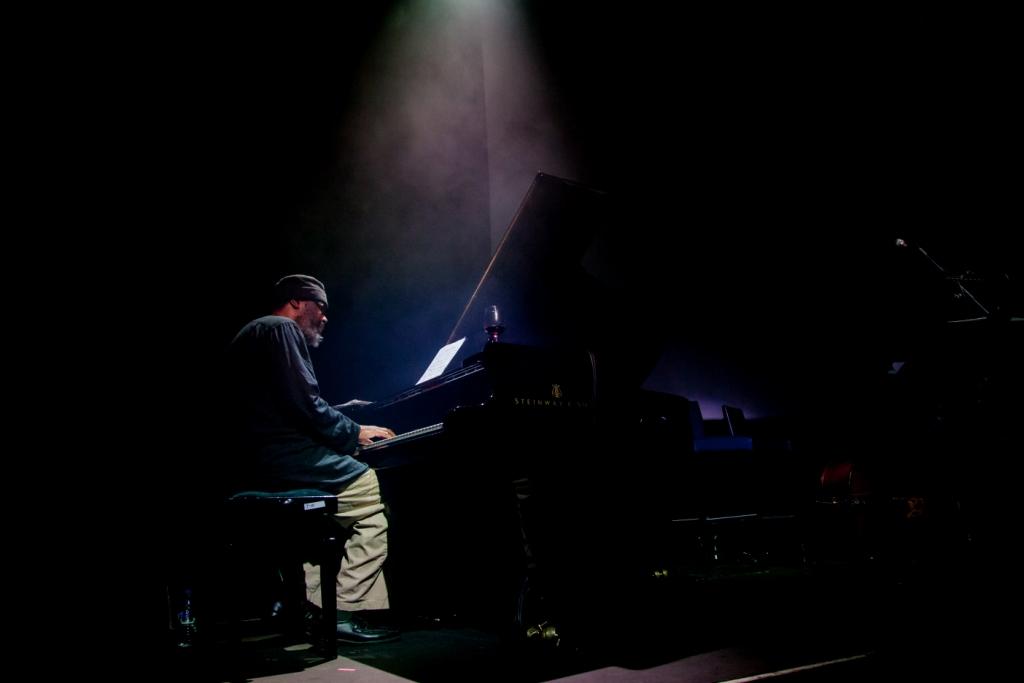 Such was indeed the Monk Misterioso’s 4th and final gig on the tour for Filomena Campus and her All Star Band.   With a mixture of theatrical panache and sheer talent, they all produced a show that raised the bar.

The beauty and innovation of the production filled every note and words spoken and sung on the night. 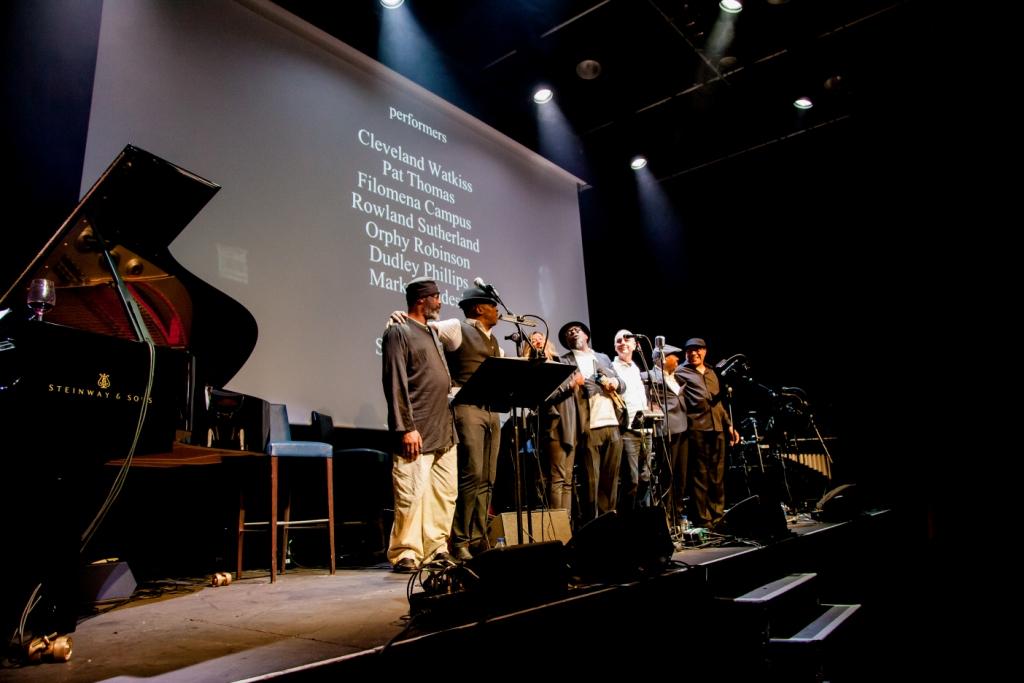