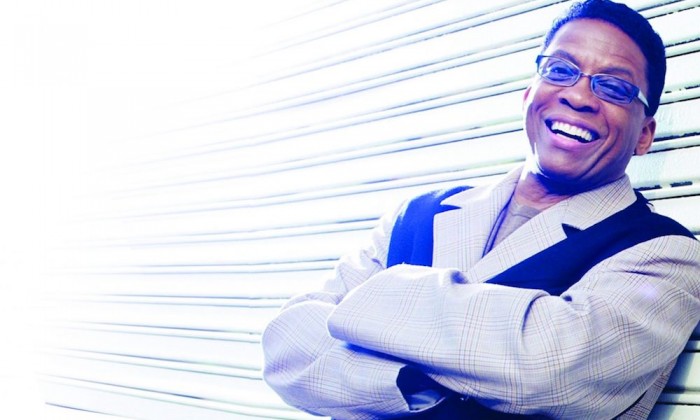 This Friday Herbie Hancock plays the Tilles Center for the Performing Arts (Long Island NY), Now 77, Hancock continues to dazzle while pushing the creative envelope both in the studio and in concert. In the lead up to the concert He did an interview with with jason macneil of “The Long Island Pulse” to discuss the upcoming album, The current scene in LA and performing on Long Island. Worth a read..

Long Island Pulse: Few musicians can say they regularly performed with late jazz legend Miles Davis while simultaneously being the source of inspiration for popular electronic dance music artist Skrillex. But Herbie Hancock, now 77 years young, is an exception to that.

Hancock, the legendary Grammy-winning pianist performing Oct. 6 at the Tilles Center for the Performing Arts, continues to dazzle while pushing the creative envelope both in the studio and in concert. And seven years after his last studio album The Imagine Project, the musician is hard at work on a new effort.

“I’ve been working on it for now for almost two years,” Hancock said with a laugh from his Los Angeles home. “My new album is getting to be my old album even before it’s released.” Read the full article…