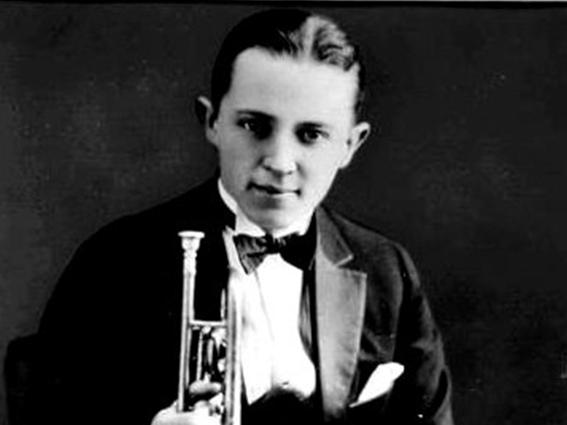 This op-ed article has been posted courtesy of Lynn René Bayley of The Art Music Lounge.

“Bix was one of the weirdest guys I ever knew. It wasn’t just that he was absent-minded…I’ve known several absent-minded jazz musicians in my time. It was more like he wasn’t even there half the time. You could be talking to him, and he’d answer you, then suddenly he’d get this glazed look in his eyes and totally lose contact with you. A really strange dude.”

So said the late jazz cornetist Jimmy McPartland to me in the fall of 1971 when I, a 20-year-old college student, went to see him perform at a dinner restaurant in New Jersey. I asked him if I could talk to him a while about Bix because I was interested in writing a biography of him, and what better place to start than with the musician who replaced him in the Wolverines Orchestra? Before the next year was out, however, I would meet Ralph Berton, who was putting the finishing touches on a memoir of his personal experiences with Bix as a young man, so I gave up my quest. In a way I was glad I did, not only because of Berton’s book but also because of the even more fact-filled tome compiled by Philip Evans and edited for publication by Richard Sudhalter, which came out a bit later.

Bix Beiderbecke was the first early jazz musician whose work I got to know well from records (young Louis Armstrong and his Hot Fives came second). I was 14 years old and a freshman in high school when I bought a white-covered RCA Victor LP, The Bix Beiderbecke Legend (LPM-2323), which I played over and over again, unable to believe my ears. For here was dated ‘Twenties pop music, buried in which was a cornet genius who could make Chateaubriand out of White Castle hamburgers.

At the time I believed, naively, that all white jazz musicians of the 1920s faced this same challenge, and that Beiderbecke was simply more of a genius than the others. The genius part I got right, but it took me decades of listening to other ‘20s jazz discs before I realized that, partly by bad luck and partly by his lack of discernment, Beiderbecke got stuck in these miserable musical settings more often than his peers because he saw them as “classy” and therefore could possibly impress his upper-middle-class family with the wisdom of his career choice, which they detested.

Now, a half-century later and much the wiser, I see Bix for exactly what he was: a modernist playing in a world of dated jazz musicians who deeply impressed and influenced a slew of cornetists and trumpeters, yet who had only an intuitive grasp of what he was doing and otherwise no focus and no direction. Bix Beiderbecke in 1920s music was like moving Igor Stravinsky back to 1870 and having him compete against Brahms, Tchaikovsky, Liszt and Chabrier. The big difference was that Stravinsky was completely aware of what he was doing with music; Bix was not. Indeed, he often heard his own contributions to performances as “wrong,” ill-conceived, and not fitting in, because they were so different that they had to be wrong. He begged classically-trained cornet players to show him professional fingering but after listening to him play, they refused to do so because what he was doing was so right for him. Bix interpreted this as a backhanded insult, as their saying that he could never play orthodox music because his conceptions were radically different, and therefore thought of himself as “a musical degenerate,” as he told Ralph Berton and Max Kaminsky. Towards the end of his life he wanted to study classical composition but couldn’t read music well enough to grasp what others were talking about. He also couldn’t stay clean and sober long enough to apply himself, not even to music which was the one and only driving force of his life. He died of lobar pneumonia at the age of 28 by contracting a serious chest cold, then lying in his steaming New York apartment in the dog days of August with a miserable fan blowing on him to cool down his fever. He didn’t even have the drive, or the common sense, to pick up the phone and call for help if he couldn’t get up and get to the hospital himself. 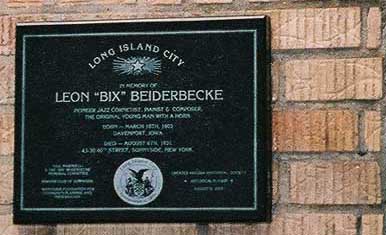 The point is that no normal, halfway healthy young man dies at age 28 from alcoholism. Pee Wee Russell, a much smaller and slighter man than Bix, had several serious brushes with death—one of the worst in 1950—yet managed to pull through. Bix didn’t pull through in part because he didn’t want to and in part because although he could “handle” his booze, it impaired his already poor judgment so badly that he didn’t even have a firm grip on reality. Hoagy Carmichael remembered finding him hiding behind a curtain in the RCA recording studio on May 21, 1930, softly asking his cornet not to let him down. That’s how far out of touch with reality he was.

Divorced of his phenomenal musical genius, Beiderbecke was a helpless emotional cripple. He could no more take care of himself, let alone write great arrangements or compositions, than a kite blowing frantically in a stiff wind. He inspired others with greater musical skills and personal drive, like Red Nichols, Artie Shaw and Rex Stewart, to achieve things using the musical principles he blew through his horn without being able to do so himself. And whether one attributes his astoundingly brilliant solos, in the midst of the most miserable commercial settings, to genius or accident, what remains in the grooves of the old records is a fairly consistent march towards oblivion. Bix Beiderbecke never could appreciate Bix Beiderbecke because he couldn’t understand intellectually what he did or why others found it so fascinating when he found it strange and inadequate.

But Bix had one, and only one, lucky star, and that was his ability to attract the interest and genuine concern of others within the music business who could understand and appreciate what he did and help him codify it. The two most loyal and consistent were C-melody sax player Frank Trumbauer and pioneer jazz arranger Bill Challis, but there were others such as Matty Malneck, Fud Livingston, Tom Satterfield and, to a lesser extent, Benny Goodman, all of whom contributed something important to his musical evolution.

After nearly a century from the start of Bix’s brilliant but sporadic career, I think it would behove us to study what he did solely in the context of his greatest achievements, which means in many cases removing the klunky solos, stiff bands and sappy vocalists who all but ruined the effect he made. And these sappy vocalists include the very musical but God-awful strangulations of Trumbauer as well as the hoarse, tawny voice and corny rhythmic approach of young Bing Crosby. I know a great many collectors who prize Crosby’s contributions to the Paul Whiteman recordings with Beiderbecke, but I am not one of them. Crosby’s voice only “settled” and his jazz singing only became good from 1932 onwards, roughly two years after he left Whiteman. And I absolutely can’t stomach the Rhythm Boys.

Moreover, there’s a specific musical and cultural reason to remove the bad soloists, singers and arrangements from surrounding Beiderbecke, and that is that it diverts your attention from the pop aesthetic of the 1920s. There is always the danger that, in coming to appreciate what Bix did, listeners may actually come to like the mediocre and poor settings he played in. As a young teenager, even I was a victim of this. I came to think of George Olsen and his Music and Waring’s Pennsylvanians as “hot” bands from the 1920s. Of course, I was very young at the time and rather naïve, and eventually came around; but I know of several people who really LIKE the ephemera that surrounded Beiderbecke’s playing. You can see them every year at the “Bix Fest” in Davenport, Iowa, as well as in any number of Whiteman revival bands that play those God-awful arrangements (along with the five or six good ones). Many people actually think that Whiteman’s recordings of Mississippi Mud and There Ain’t No Sweet Man That’s Worth the Salt of My Tears are great records just because Bix plays lead on them, but he just varies the tunes a little rhythmically and does not play solos on them. They’re just pop garbage on which Bix’s cornet is overlaid. Not worth the effort of listening.

Lynn, goes on to provide us with a detailed analysis off Beiderbecke’s most prominent  the recordings on the Art Music Lounge website. In addition, the recordings discussed and detailed in Lynn’s article may be found here for free streaming while you read.