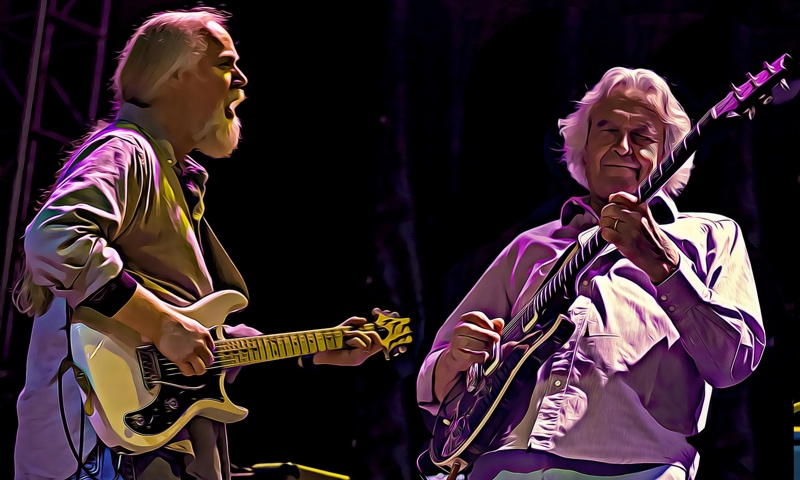 All About Jazz published this extensive article by Alan Bryson about John McLaughlin’s American Farewell Tour. The article takes up 8 pages on the AAJ website and touches on almost all aspects of John McLaughlin’s career as well as his coming American Farewell Tour. Towards the end of the article Bryson asks McLaughlin if we can expect a final European concert as part of the tour. His answer “if the Gods will it, then I’ll be there.”

“It was touch and go for the first couple of years. Tony, Larry, and I were playing clubs making $20 a night. It was actually thanks to Miles that I got by. You know Miles took me under his wing right after In a Silent Way, which was two days after I arrived in America. He used to ask me over to his house, because he was really interested in having a guitarist in his band. When he would see me, every time he would say, ‘Are you eating okay?’ And he’d stuff a $100 bill in my pocket. Every time, I mean, what a genial man he was. So it was really thanks to Miles that I got by. And of course when I would do record sessions he would just pay me in cash, and he’s say, take care of yourself, make sure you eat, pay your rent. When I think about it, it was wonderful really. It was about at the end of 1970, and I was with Miles at a club called Lenny’s On the Turnpike. And he turned around and said, it’s time you formed your own band—which was the last thing on my mind.” Read the full article here.