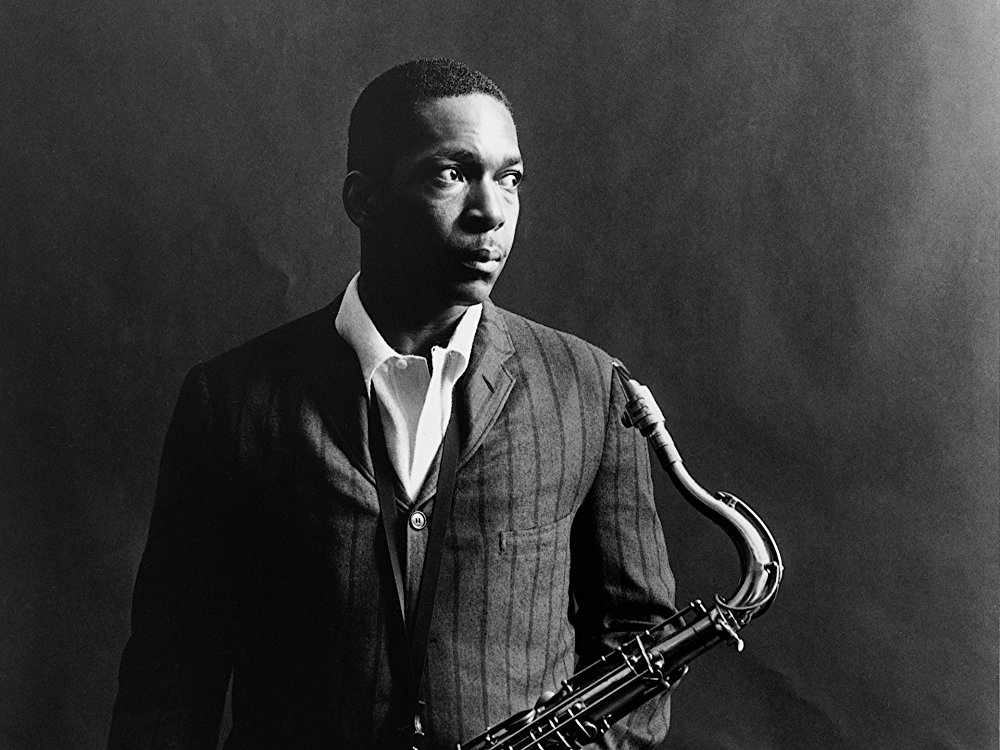 This past week I was at Ronnie Scott’s jazz club to attend the private screening of a new documentary on jazz supreme saxophonist John Coltrane.  The film, written and directed by US filmmaker John Scheinfeld is to be released next month, it will run at the ICA in London from 11th through to 17 August.

Trane is and always will be a hero of mine, a true musician and a genius.

This year, marking 50 years anniversary since Trane’s death at a premature 40 years of age, is an important milestone, not just because he is mostly recognised now as a great composer and innovator, but because with John Coltrane, jazz music had a reason to grow and evolve and reach levels of universal perfection that nobody would think possible.

“Chasing Trane” features contributions by some incredible artists and not just them, former US President Bill Clinton adds some truthful words explaining Trane’s  greatness, Carlos Santana talks  honestly about his admiration for Trane, but there are also Wynton Marsalis, Common, and, another hero of mine, mighty saxophonist Kamasi Washington whose quote quite aptly says (he) “always liken it to lookin’ at the sun; hearing Coltrane is like the brightest light you can hear”.

Yes, I have to concur, listening to Trane’s music is like hearing the music of the spheres, perfect, singular, powerful and moving.

There are, of course, lots more contributors to the documentary and it must be also said that the Coltrane family was fully supportive of the film.  This is clear once one realizes the amount of unseen footages made available to director Scheinfeld.  A journey from Trane’s childhood days to his becoming a parent, “Chasing Trane” takes the viewer through an emotional ride, seen through what were very hard times: politically and socially turbulent times.  John Coltrane had to grow up fast, but this did not prevent him from developing a sense of justice and a great heart in adversity.  In fact, it is just the combination of his perceptive writing and playing that makes John Coltrane the artist we listen to these days.

With the spot-on casting of Denzel Washington as the “narrator” (the film is told in the first person so we hear it as if Trane would be telling us, the viewers, his story), this is a film that will make an impact on all sorts of levels: for the fans, for the new fans, for jazz and for a more, one likes to hope, spiritually charged type of music.

Without divulging too much, “Chasing Trane” is a must.  It will move, it will stir a vortex of emotions and it will make one cry.   These are just some of the reasons why it must be seen, but most of all, it must be watched with an open mind and soul.

A very piercing quote from the film by the man himself is: “I don’t like war, period”.   This is Trane, a man of many facets, but also an artist who stuck to his credos when it was important to do so.