This Week on Qwest TV. 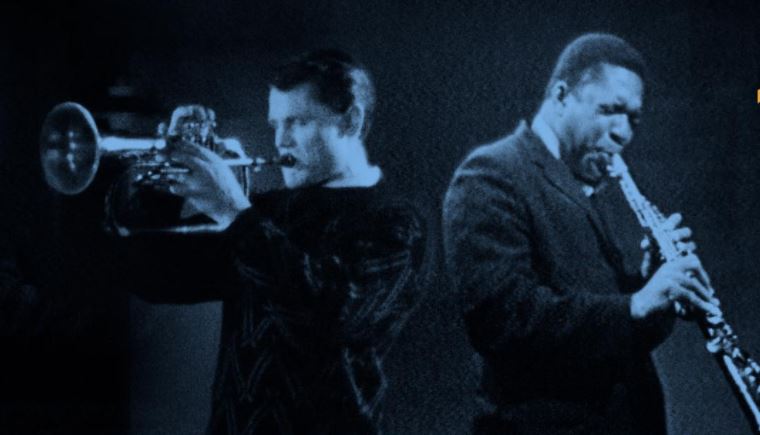 Recently launched Jazz video streaming platform Qwest TV has a great set of on-demand programs available this week for you to enjoy. These recordings are from the Archives of RTF Belgium and feature iconic recordings of some of the most important artists in the history of jazz.

After World War II, Belgium had become a haven for American jazz musicians. As in France, jazz musicians felt their art was taken seriously in Belgium and therefore not surprising that the RTBF (the public broadcasting organization of the French Community of Belgium) invited them to perform in their studios.

Qwest TV is proud to give new life to these in-studio sessions featuring jazz legends such as John Coltrane, Charles Mingus & Eric Dolphy, and Chet Baker.

Qwest TV is a platform founded by Quincy Jones and TV producer Rezza Ackbaraly that launched in December last year after successfully completing a crowdfunding campaign on Kickstarter raising just over €142,000 and generating over 1,000 backers. For those readers that are unaware of QwestTV, the platform can be seen as the “Netflix for Jazz” featuring hundreds of hours of hand-picked concerts, documentaries, interviews, short features, all available in high-resolution video and all without ads. Subscribers will have the ability to watch anytime, anywhere on mobile devices, computers, and connected TVs.

This is the last footage of John Coltrane’s so-called “Classic Quartet”, one of the greatest jazz bands of all time. The performance features McCoy Tyner on piano, Jimmy Garrison on bass, and Elvin Jones on drums.

A meeting of two giants at the peak of their artistry, featuring an Eric Dolphy just several months before his premature demise at age 36.

An exciting and focused 1964 session from Chet Baker with a European quintet featuring pianist Rene Urtreger, drummer Franco Manzecchi and bassist Luigi Trussardi. Highlights include “Time After Time”, “Airegin” and “So What”.