It’s that time of year again: the application and registration processes for the next jazzahead! are about to get under way: registration for what is set to be the 17th edition of the world’s largest jazz industry gathering will start just one week from now, on Tuesday 27 September.

The jazzahead! trade fair and festival will once again take place from 27 to 30 April in Bremen. As always, the fair opens on the Thursday morning and ends on the Sunday afternoon.

Each year Jazzahead! features a partner country and in 2023 the partner country is Germany. The choice of Germany to be partner country of jazzahead! 2023 is significant: it will lead to a higher level of international focus and attention on the German jazz scene than in previous years. At the same time, this decision will lead to changes in the schedule: familiar program segments such as the European Jazz Meeting, the Overseas Night or the Partner Country Night have been abandoned. Instead, the music program of this year’s 36 international showcase concerts will be spread over all four days of the event. 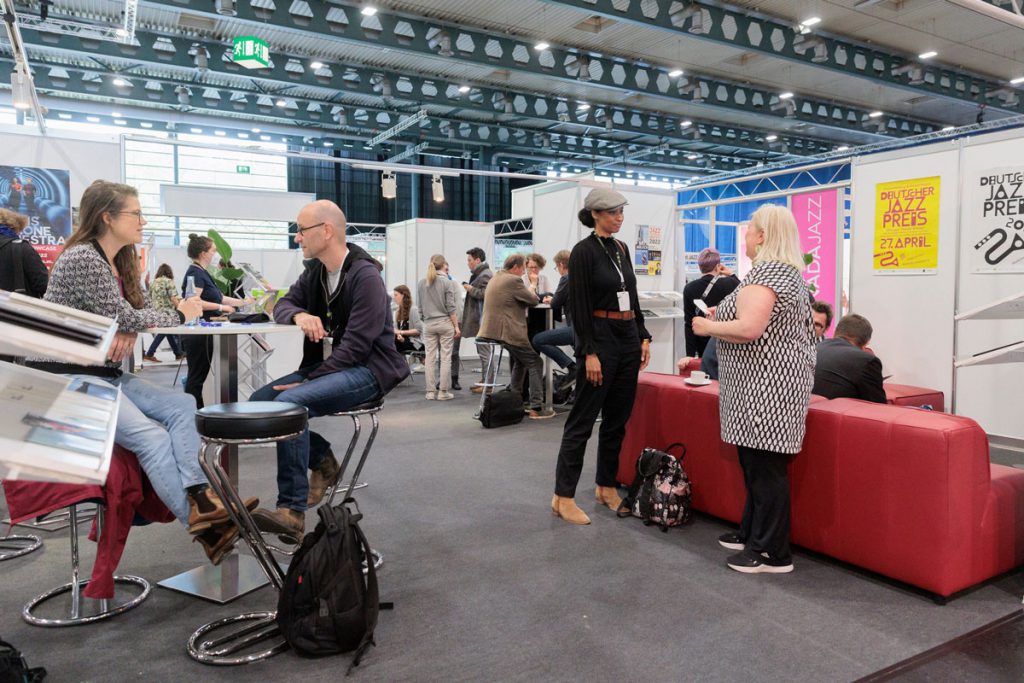 Networking is more important than ever this year.

During the pandemic, jazzahead! was presented as an online event with great success. The 2023 edition of jazzahead! will be presented as an in-person event again, but the team is also expecting to be offering hybrid program content. In addition there will be the option of online-only participation. Registration for on-site participation will open on 27 September. This date also marks the opening of the application procedure for the showcases; the window for applications is limited to just one month; it will close on 27 October. Registration for online-only participation will begin on 1 November. Applications can be made as usual here at the jazzahead! website.

The choice of the showcase acts to appear at jazzahead! 2023 will be made by three distinguished international juries. Peter Schulze, Artistic Director of jazzahead! alongside Ulrich Beckerhoff, comments: “We are looking for applications from the whole spectrum of the scene and are particularly keen to hear from musicians from the Afro-diasporic, indie and electronica scenes.” Schulze notes that there are a lot of really interesting developments on these creative fringes.

Highlights will include four major premieres – as part of the concept with Germany as partner country, people attending will witness completely newly-formed jazz ensembles, with bandleaders from Germany working alongside musicians from the Netherlands, France, Austria and the USA.

The Deutscher Jazzpreis (German Jazz Prize) has a new date: next year it will be awarded on the opening day of jazzahead!, 27 April, at the Metropol Theater. Once again, a large number of exciting acts will be attending or performing. Produced by Initiative Musik, the prize has been awarded annually since 2021. Its mission is to cast a spotlight on the diversity and creativity of the German and international jazz scenes, and each of the winners receives 10,000 euros. For more information on our partner the Deutscher Jazzpreis, visit their homepage: www.deutscher-jazzpreis.de.

Further information on jazzahead! can be found at their website.