Close Together From Afar: The digital and analog jazzahead! 2021

This year jazzahead! celebrates it’s tenth anniversary. Last year the Jazz industry’s largest and most influential international tradeshow and festival was cancelled due to the pandemic. This year it will take place largely digitally via networking via chat rooms and streaming concerts.

“Despite the pandemic and imponderables, we want to celebrate music and culture together,” says project manager Sybille Kornitschky from MESSE Bremen. Starting Thursday, April 29th and running through to Sunday, May 2nd, 31 streaming showcases will take place during the festival trade show at varying times via the digital platform “Talque”.  All streams will be available for registered professional participants.

The festival starts on Friday, April 23, with a special 10th anniversary concert, free of charge and assessable to the public, broadcast from the Bremen concert venue “Sendesaal”. On this opening evening the German clarinetist Rebecca Trescher and her band will broadcast their new work “Where We Go” via live stream. Downbeat magazine wrote in a recent article about Trescher’s recordings “A suite of sonic journeys that tells a story and brims with a sense of discovery” and closes the article with: “In the end, the focus on cascading timbres, punctuated by intricate saxophone countermelodies and the often-foreboding – and totally locked in – rhythm section, creates and elaborate world, and Trescher guides the listener through it with a skillful, cinematic touch.” The evening will be moderated by Arne Schumacher, music editor of Radio Bremen, who will also interview various guests and lead discussions on the broadcasting hall stage. 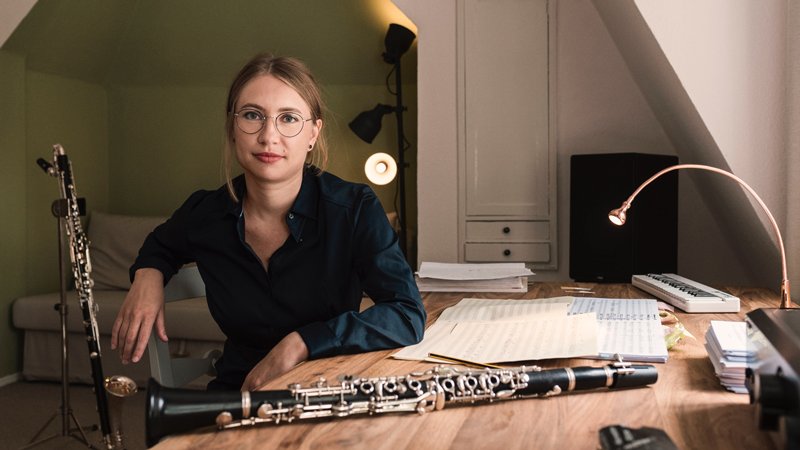 In addition to the 31 showcase bands that will stream performances, the opening ceremony of the official jazzahead! festival tradeshow, on Thursday, April 29th, will be without doubt a highlight: In addition to the guest contributions by the US singer Dee Dee Bridgewater, representing the International Jazz Day and the Herbie Hancock Institute of Jazz, and Prof. Monika Grütters (CDU), the Federal Government Commissioner for culture and media, there is also an exclusive short concert by the internationally renowned Markus Stockhausen Group. The ceremony will be broadcast live on www.jazzahead.de and at the jazzahead! Broadcast Facebook page for all fans. The opening ceremony will also herald the kick off for the 31 showcase concerts from Germany, Europe and overseas.

Due to pandemic, not all bands can physically be present in Bremen to broadcast their concert. For this reason many of the bands have pre-recorded their concerts and these will be broadcast allowing them to join the global professional community in the jazzahead! showcase stream. In addition to watching the the stream, professional participants can also interact with the artists online after their set. For the general public all of the showcase concerts will be re-broadcast on the on the 21st of June during the “Fete de la Musique”.

It’s not possible to list all of the 31 acts that will be showcasing, this can be found on the jazzahead! website, however there are a number of acts that are worth noting. American pianist Connie Han will perform with her trio on Friday, April 30, at 5:25pm. The LRK Trio will perform on Saturday, May 1, at 3:00, this will be the first Russian band to showcase at jazzahead! and Thursday, April 29, at 5:10 the Sun-Mi Hong Quintet from the Netherlands will perform material from their latest album.

“In normal times, we have a partner country that changes every year. With the International Jazz Day, the whole world is now our partner, says Schulze. The Global Jazz Day, launched in 2012 by Herbie Hancock, is intended to commemorate the artistic importance of jazz, its roots and global impact on culture. It is hosted by Hancock’s Institute of Jazz and celebrated annually in different locations around the world with a range of performances, educational programs and initiatives to promote the global jazz community.

“As one of the leading international forums that takes place every year for the global scene, jazzahead! ideally suited to complement and integrate with The International Jazz Day, ”says Tom Carter, President of the Herbie Hancock Institute of Jazz. “With a view to the 10th anniversary of the International Jazz Day on April 30th, 2021 and the anniversary of jazzahead! we see the Bremen Trade Fair & Festival as the perfect addition to our partner family ”. With the majority of live concerts and festivals cancelled a huge number of independent artists have been hit hard by the pandemic: “This is precisely why we want to jointly promote exchange between Europe and overseas as well as provide more visibility for musicians.” says Sybille Kornitschky, who runs jazzahead! for Messe Bremen. “It is clear from several conversations that many people are grateful to us for maintaining networks through various channels and different co-operations, we continue our efforts to facilitate networking and to ensure that there continues to be both a focus and a spotlight on the state of the jazz scene.” she continued.

During the International Jazz Day activities, vocalist, actress and multi-GRAMMY Award winner Dee Dee Bridgewater, as official representative of the Herbie Hancock Institute and International Jazz Day will welcome jazzahead! as a partner and it’s programing will also be included in the artistic programming as part of the UNESCO Jazz Day program.

To highlight a few of these events: A short concert by the Markus Stockhausen Group will be part of the opening ceremony. Markus Stockhausen is considered one of the world’s foremost trumpeters and has earned an outstanding international reputation through his work in a wide variety of ensembles.

Also Canadian pianist and composer Kris Davis will perform a musical greeting to the worldwide jazz scene. This will be an offering from Canada, partner country of Jazzahead!, which had to postpone its participation until 2022 due to the pandemic. Multi-award-winning Canadian pianist and composer Kris Davis is considered a rising star of the avant-garde scene and was named one of the top newcomers by the New York Times. Both concerts will be broadcast free of charge via the live stream of jazzahead! and shared with International Jazz Day’s worldwide audience. 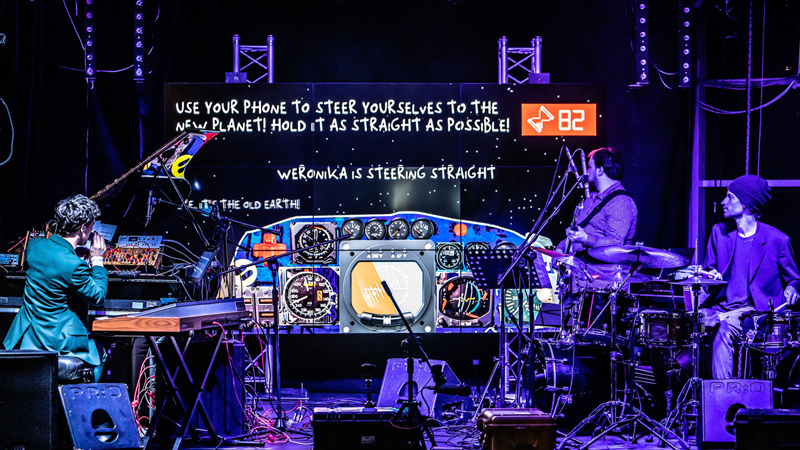 Another event not to miss will come from the Dutch formation ‘Tin Men And The Telephone’ and once again this will be included in the programing of both jazzahead! and International Jazz Day. An interactive event streamed live from Amsterdam allows viewers to interact with the performers via an app called TINMENDO, via the app it’s possible to directly influence what is happening on stage. The Plot: Planet Earth has become too hot! It’s time to find another planet! Fortunately the gateway space agency offers just the flight! Book the seat in one of our intergalactic flights and join the search for a new inhabitable planet. “Obstacles may arise but let’s jam our way through them…”. More on this can be found on the Tin Men And The Telephone website.