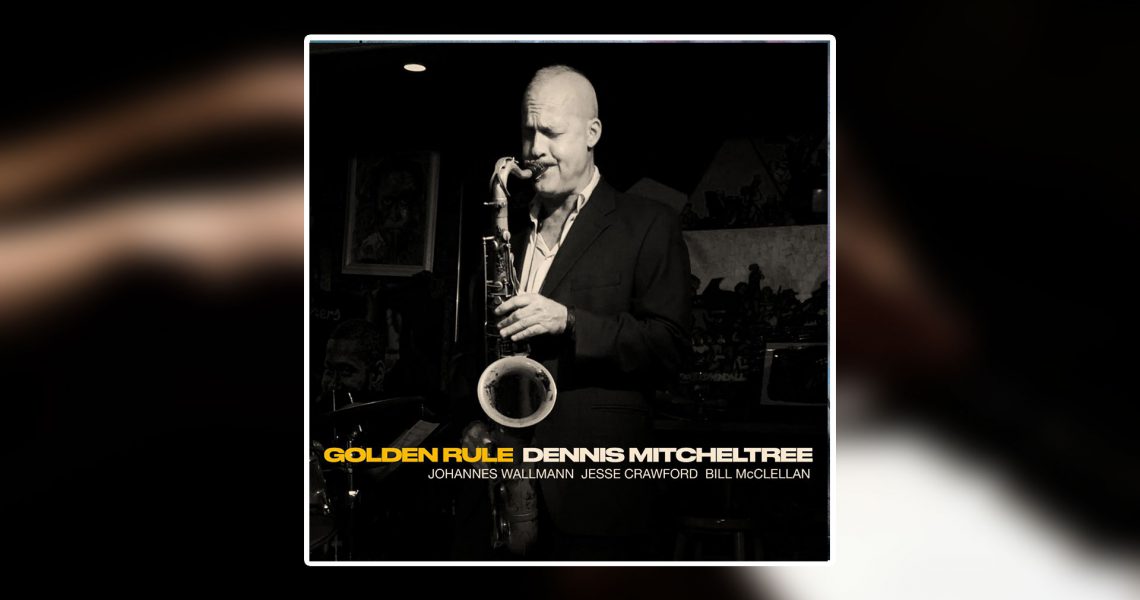 Saxophonist/composer Dennis Mitcheltree’s new recording, his sixth as a leader, Golden Rule, is one brimming with humanity. The music celebrates family, lost friends, his major inspirations (including tenor giants John Coltrane, Joe Henderson, and others), and speaks directly to our shared journey through life, and the imperative to treat each other with love, respect, trust and dignity – in short – to treat others as you wish to be treated. The music on Golden Rule is a reflection of that notion. It also swings like mad and engages the listener with nine wonderfully crafted compositions from Mitcheltree.

“The long arc of humanity bends upward towards cooperation,” says Mitcheltree. That is exemplified in his ensemble, which features pianist Johannes Wallmann, bassist Jesse Crawford and drummer Bill McClellan. The quartet has been playing music together for several decades, and, “have become personally simpatico and musically empathetic. We’ve toured the world and working together is never a struggle as we trust each other on a deep and instinctual level. The Golden Rule is followed when we play music – treating each other as we wish to be treated: with respect, freedom, and joy,” explains Mitcheltree. 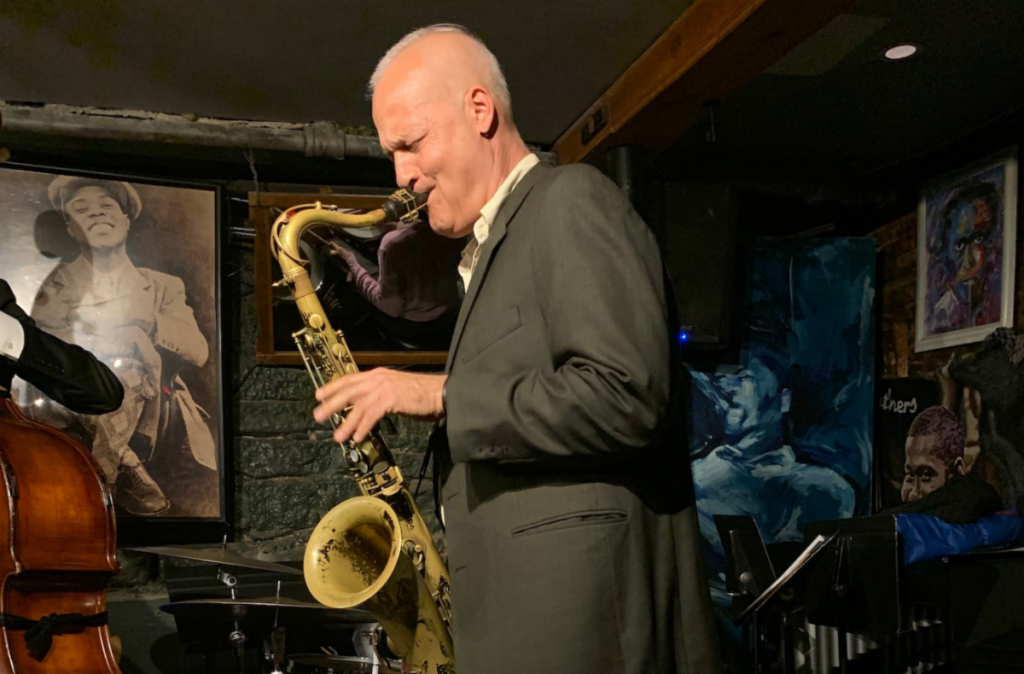 He continues, “in collaboration each musician brings their individuality to the music and allowing them to do so makes the music better. When I embrace my bandmate’s contributions I find that the music can go places I hadn’t imagined. We have our own individual lives and projects, but when we perform together a unique entity is formed. What we create together is more powerful and beautiful than any single contribution. We think the results are wonderful, and hope you do as well!”

For Mitcheltree, his bandmates are held in such high regard as to represent elements of our natural environment. He explains that, “Jesse Crawford is the rock, the earth of the group – always prepared and the one tying us together. His influence is felt throughout without drawing too much attention to itself. His work on ‘Waltz for Tai’ is an on-point example. Bill McClellan is the passion and fire – a role that can easily go overboard – yet he does his job with grace and a deep understanding of direction. His solo at the end of ‘Omicron’ is classic McClellan, and his work on ‘Genghis Kant’ is brilliant. Johannes Wallmann is the ocean, the water – he sets the temperature from cool to scalding hot with harmonic and rhythmic possibility, notably on the introduction to ‘Sarah,’ the ending to ‘Pacifisticuffs’ and in his comping and solos throughout the recording.”