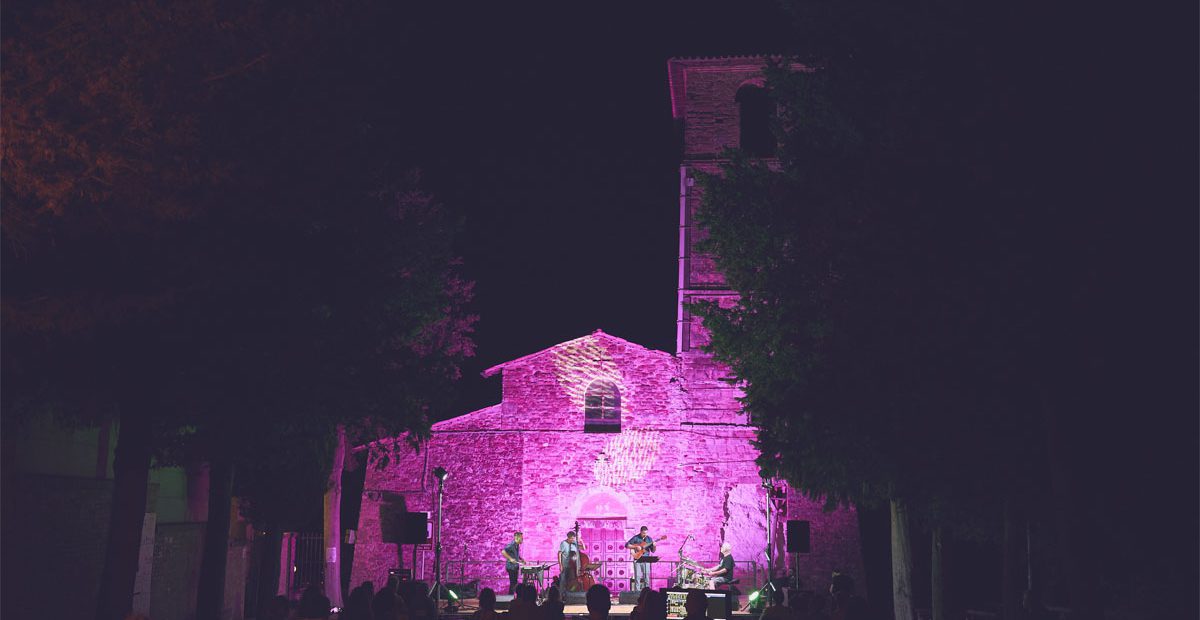 I am really happy to introduce this series of interviews I will be publishing with some of the most committed and passionate artistic directors in the Italian Jazz Festival world. It will be a interesting journey through Italy, from north to south, getting to know the people, the geography, the music, the food and all the major issues connected with the organization of a successful Jazz Festival. For this first interview in the series, I speak with with Carlo Michini, artistic director at “Concerti Delle Abbazie”

Italy is definitely a beautiful country, famous for the food, the weather and the variety of landscapes ranging from sea, mountains and rolling green hills. In all of these wonderful landscapes you will most likely find a small Jazz Festival presenting a few concerts during the summer and more recently also during the fall and winter. One of the most beautiful and interesting Festivals is “Concerti Delle Abbazie” which takes place in the Valle Delle Abbazie (Valley of Abbeys) in Abruzzo, one of the smallest regions in Italy offering a fantastic natural heritage sites such as Gran Sasso (if you like the mountains and national parks) close to the Adriatic Sea. 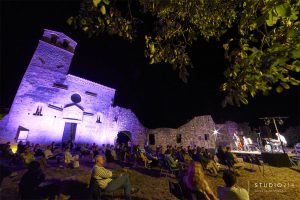 I met Carlo Michini, artistic director of the festival: “We aim to promote sustainable tourism through the Festival. I like the idea to be slow, to go back and take our time discovering the good wine and olive oil produced here in the region. Of course the nature and scenery adds an extra dimension allowing you to be completely absorbed in this amazing valley. You can explore the territory and the Benedictine Romanesque Valley that forms part of the pilgrim route to Santiago de Compostela.” Talking to Carlo you can literally breath his passion for this land : “I wanted to bring the music and concerts not only here but also in the countless villages in the territory. I totally believe that music is a vehicle of qualitative well-being in this period. It’s not just about bringing the artists to the festival, it’s about creating a smart and new local economy which can help the local population”.

The Festival was born in 2015 and last summer celebrated it’s seventh edition. Being a relatively young guy, I asked to Carlo what was the motivation to start a festival: “As I said before, I felt the need to provide a new dimension for the people here and the region. To be honest, I also liked the idea of meeting artists who can share their energy, it adds a lot on a human level. It’s always something that can enrich a human being”. 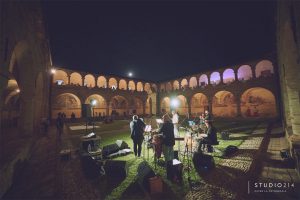 Initially, in 2015, the Festival began as a classical music Festival and in 2019 they started to program some Jazz concerts. One might ask themselves what happened. I did and Carlo told me: “Yes, originally it was radically classical. I am a classical pianist with a huge love for Jazz. During the last few years I started playing Jazz as well but at the moment I have to admit I’m a little jealous about Jazz musicians who can play this music well. At some point I simply wanted to insert few Jazz concerts in my program. Well, to be totally sincere my dream is to develop the Festival into something without borders or definitions including all the genres so at the time it seemed to be a natural decision”.

Checking the history of the festival (normally at the beginning of August) and coming myself from a land (Umbria) hit by the earthquake in 2016 I asked Carlo how Abruzzo and in particular the Festival were effected by this episode. “The earthquake happened just two days before the Festival. It was really terrible and we had to cancel the entire calendar. The Abbey in Canzano is still closed because it’s not safe opening it. We were able to recover just two concerts with the Symphony Orchestra of Abruzzo later in November” I personally remember those days with a sort of hardship. It became almost normal having multiple shakes everyday.

But let’s go back to the Festival and Carlo’s plan for the future: “I want to further develop the opportunities in the region, creating a resident Big Band for local young talents, giving space to local projects and I definitely have the desire to organize workshops one day. It’s important!” I can only imagine that he will be able to do that with this passion. 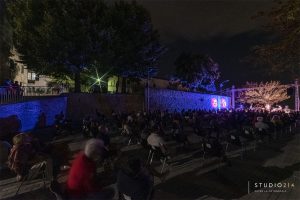 I couldn’t finish our chat without asking something about the impact of Covid on the last edition of the festival. The answer was predictable: “Sure, Covid was an issue and we lost part of the audience especially because at the beginning people didn’t like the concept of the Green Pass (the Italian certificate attesting to your vaccination status) with all the polemics concerning privacy. It has been difficult but I was satisfied at the end. It was a successful edition with amazing concerts.”

I want to leave you with a typical Italian proverb. I hope I’ll be able to translate it. It says: “ In the little barrel there is the good wine”. With this proverb I want to point out that in many cases the quality resides in the little things and “Concerti delle Abbazie” is probably one of the best example. I urge our readers to check out this Festival (you can visit their website here)  and hopefully next year to plan a holiday their with plenty of culture, good wine and food, and music!

Editors note: Stay tuned for Simone’s next edition in this series in the coming weeks.