Lara Solnicki, The One and the Other 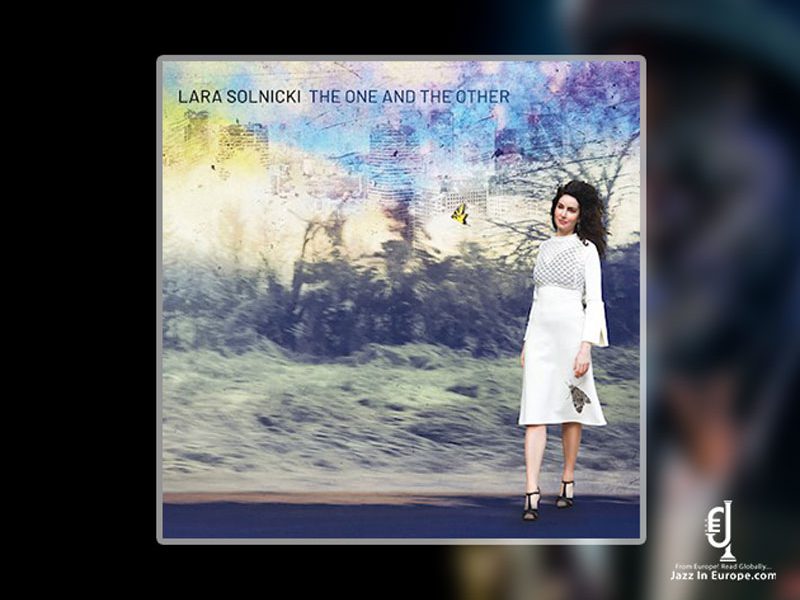 Canadian composer, singer, and poet Lara Solnicki unveils a confident collection of ‘tone poems’ – her own post-modern mix of jazz, free improvisation, ‘contemporary’ classical, poetry, and film music elements. The album will be available on March 12 on the Outside In Music label.

A classically trained singer with a four octave range, Lara originally intended a career in opera. She has studied with dozens of internationally esteemed musicians and educators in the fields of classical music, jazz, improvised music and composition. Raised in Toronto to a Paris-born filmmaker father, and poet and English-teacher mother, Solnicki grew up witnessing film creation and production, and reading poetry: “Non-musical considerations and qualities in poetry and film do appear to be in the DNA of this cycle, most of which happened unconsciously during the creation process.” Solnicki credits poets Charles Baudelaire, René Char, Sylvia Plath, Octavio Paz, along with composers Claude Debussy, Maurice Ravel, J.S. Bach, contemporary jazz, and free jazz as the album’s major influences.

Speaking of the album Lara stated: “The cycle is an exploration into what I perceive as the inherent tension between music and text, where ‘one’ takes the lead with the ‘other ‘allocated to a subordinate role. Sometimes they are engaged in a courtship dance, other times they’re awkwardly at odds with one another. This tension is used to create narrative, drama and even compositional techniques.”

The One and the Other is an original art song cycle and a new departure in a career of surprising departures. Lara Solnicki’s great vocal range is matched by an equal emotional range, from intimacy to mystery, from sorrow to rage, exultancy to regret, and with this new project this highly individual vocal artist—who also happens to be a unique composer as well as poet of the most advanced kind—offers the captivating results of an unusual experiment.

“The cycle is an exploration into what I perceive as the inherent tension between music and text, where one takes the lead with the other allocated to a subordinate role. This tension is used to create narrative, drama and even composition techniques. The theme of oneness and otherness permeates the project, with the tension between text and music used as a metaphor; sometimes they are engaged in a courtship dance, other times they’re awkwardly at odds with one another. Writing [The One and the Other] was a conscious investigation to see how far I could take it. At times the focus is on poetic imagery, with music ‘word painting’, as the term is traditionally defined in classical music; other times the focus is on musical elements, with text falling impressionistically into the background; at yet other times, a guided free improvisation section takes-off as a kind of ‘illustration’ from a line of poetry. In “The One and the Other” three-part suite, poetry and music each take turns episodically and interchangeably taking the lead throughout each of the songs.” explained Solnicki.

As poems, the texts of the suite are very impressive. The originality and enigma of the language, within an overall clarity, is involving, and expresses itself first emotionally. Solnicki is a master in her own modern and post-modern poetic mode, which makes powerful use of the techniques of discontinuity, surprising imagery and juxtaposition of images, and sudden unexpected leaps of thought and mood. She finds a way to give language all the suggestiveness of music, the way that gracing the notes can give the piano a sense of the tonal continuity of horns and reeds and the voice.