Sun-Mi Hong – Drumming and composing are completely separated for me.

No less than 4 groups from the Netherlands were announced for the European Jazz Meeting during jazzahead! in Bremen on April 24th. Unfortunately, due to COVID-19, the influential jazz music fair will skip 2020. It is a big blow for a lot of artists and professionals who planned on doing business there. InJazz and Dutch Performing Arts were ready to host the Dutch umbrella stand at jazzahead! as usual. Instead, Mark van Schaick, inJazz conference programmer, interviewed the four and published them on the inJazz website. We’re happy to also publish the interview’s here on Jazz In Europe.

Our spotlight shines on drummer, composer and bandleader Sun-Mi Hong. Originally from South-Korea, she has been working out of Amsterdam for the last couple of years, after graduating from the city’s conservatory. 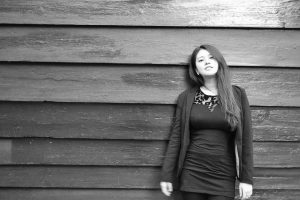 Mark van Schaick: Your second album is out now, but most of your gigs have been cancelled, including highly visible ones like the showcase at jazzahead! in Bremen. Can you explain what this means for you, and how do you deal with that?

Sun-Mi Hong: I had a very high expectation for my second album release, with a lot of touring and important concerts. I have been discussing with my label and manager how to change the plan. It is very hard to stay strong when you are ready to show what you have been preparing. Not only for myself, but there are also so many friends, musicians, event managers, bookers, festivals involved. Some people seem to deal with it quite okay. I guess they are very positive people, or they needed some breaks. But it is very depressing as well. I think that’s okay, to be honest about your feelings. I decided not to feel guilty about not doing anything if I don’t feel like it, and not to feel sad about all those cancellations, but plan something for the future. I must make sure I can get over something I could not see coming. And I hope for the best for everyone who’s lost their work.

MvS: There are many initiatives and suggestions by and for artists on social media right now. Is there anything that is helpful? And what is missing?

SMH: Everyone tries hard to do online concerts and teaching. That’s the best thing we can do. The good thing about it is there is a good chance everyone can connect to everyone all over the world to share their music and collaborate.

MvS: Let’s get back to jazzahead!: the fair is postponed until next year, but please tell me how you ended up there.

SMH: I went to jazzahead! for the first time in 2019. My band just got started and everybody told me I had to go there to meet people. The year before I played at inJazz in Rotterdam, where I got a lot of attention from bookers and agencies, had many talks and meetings. I had a positive feeling about it all, so I decided to go to jazzahead! and do the same thing. Not that it’s our favourite thing to do, we just like to create music and do other stuff than talk to the industry. But we must learn how to address these people. So yeah, I went to jazzahead!, for one day, the day of the European Jazz Meeting. It was all quite expensive, but it was a good vibe and I ran into some people that I already met at inJazz. So, it was my second time with them talking, which was interesting. I decided to apply for this year’s showcases. Of course, I heard the stories that they don’t take many bands and that there are many applications, so I did it without expecting too much.” 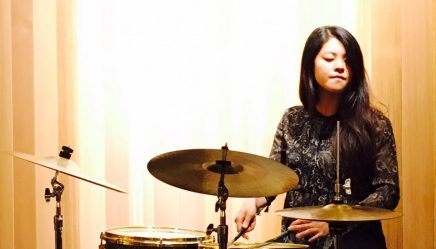 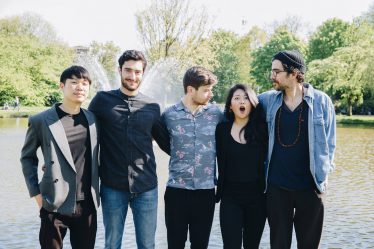 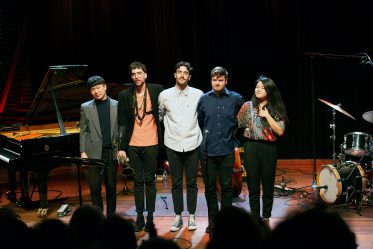 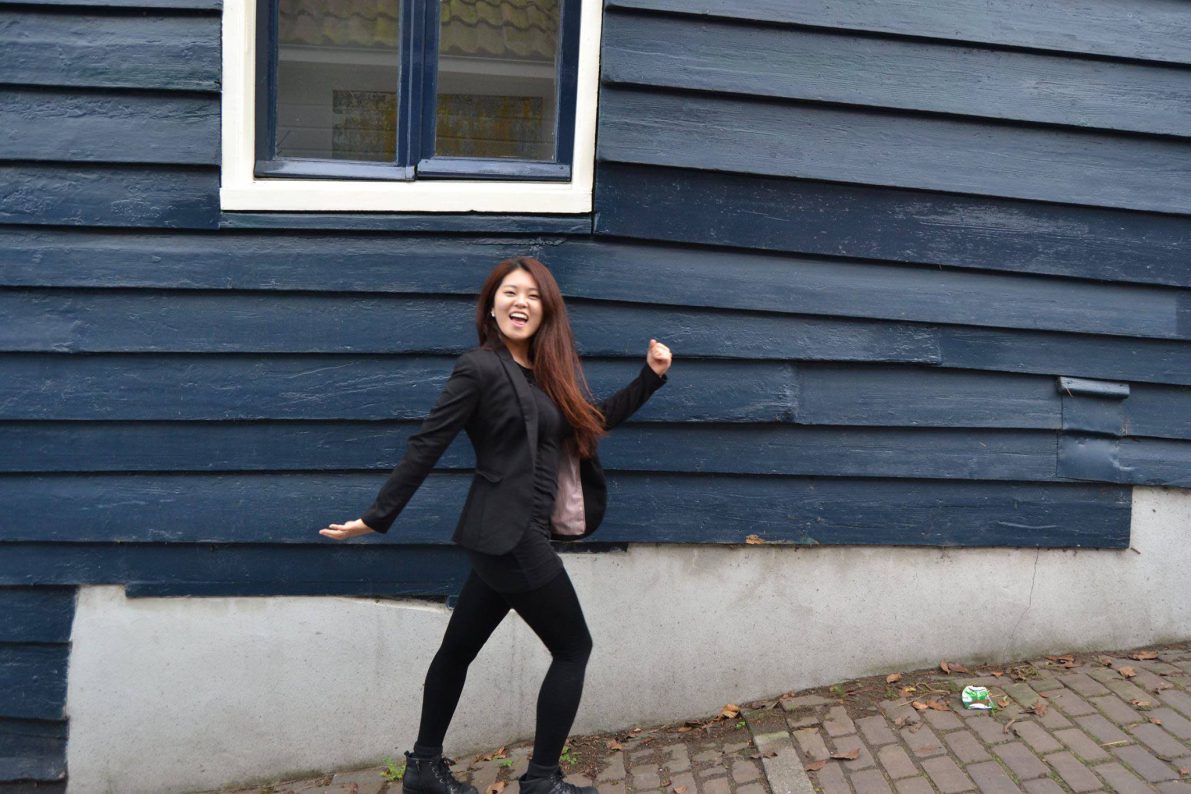 MvS: You sent in new music?

SMH: Yes, I applied with new music. We recorded the second album in September, and I did a quick mix to send out. Recently recorded music helps to explain how we play. After a long wait, I got a message from jazzahead! that I was selected, which was incredible. With Zennez Records we set the album release in March, aimed at jazzahead!, of course. We were going to bring the CD, present our new music, and we hoped to carry home some good news for my quintet. It was all pretty exciting.”

MvS: And jazzahead! wasn’t your only gig abroad.

SMH: We were starting in Budapest’s Opus Jazz Club, then to Leuven Jazz Festival and then another gig in Bruges. Then also the Transition Festival in Utrecht, all after releasing the CD and before jazzahead! I was going to need all my energy for it. I was booking full time the last couple of months and I got 20 gigs confirmed until summer, including a residency in Spain. Also, at the Rabobank Amersfoort Jazz Festival, I was supposed to have a residency, playing four days in a row.”

MvS: Previously you had already played in Spain, in Korea, and the UK. Is your new album a reflection of last year’s gigs?

SMH: In a way, yes. We have lots of repertoires, 20 tunes or so. From those, we chose 9 for the album. We intended to record them as live as possible in the studio. We believed in that approach, with the interaction and the energy we had together after the 30 gigs of last year. Sometimes we played three times a week. The compositions were mine but there was a lot of room for improvisation, and we really felt some cool things happening on stage. And then we recorded the album. We finished the day before our gig at the 12 Points Festival in the BIMHUIS, so 12 Points was very special for us. After all the rehearsing and recording, to finally play for the audience, with such a good sound. That’s when we decided to use one track recorded there and put it on the album.”

MvS: I see your name with many other bands as well. Your quintet is still your priority, I imagine.

SMH: That is right. but next to my quintet I also started a quartet, with another drummer beside me, and alto sax and trumpet. That is going to be quite interesting too. I had to think of another setup because Young-Woo Lee, my piano player, is not sure if and for how long he can stay here. He must do army service in South-Korea at some point. That could start next winter, but in any case, it is going to happen. He is a special guy; I hope to still play the new album as much as I can with him.”

MvS: So, you are constantly switching vibes and thoughts with every project.

SMH: The two bands I mentioned play all my compositions, it’s my organization, so musically speaking it’s from my heart and my brain, it’s what I know and what I am. But yes, I am also a side woman, I play in many different projects. Some of them are very interesting and I would like to put more time into them.”

Mvs: There is always something else to do when you do it all yourself. And only so many hours in the day…

SMH: Yes, sometimes it’s too much and I burn out. On the other hand, it gives me so much energy that people want to play with me. That’s the most important thing, so if I can manage to do it, I will. The business part is really a side thing for me. Booking and all that, in the beginning, was very interesting. To understand how I’m going to meet and talk and be attractive for all these people in the business. You have to relate to your music and your personality as well because it’s always personal, isn’t it? And I think that is what most musicians are afraid of. They like to stay behind the piano, behind their music, stay by themselves. But I figured out it is very important to show your style and your colour in person as well. All we want is to work, but if you do it personally, that is the best way. To me, it was a fun process to figure that out.”

MvS: How do you balance drumming and composing?

SMH: I am pretty competitive, if I may say so about myself. But drumming and composing are completely separated for me. I am not a composer in the literal sense, who studies composition seriously. I got into it because I wanted to present myself on another level. As a drummer, you’re always in the back of the stage, as a side woman, usually. Composing is a different way of bringing my identity to the front. When I compose, I don’t use drums at all, for I don’t want to compose something for my musician’s satisfaction, because I want to practice odd meters or something like that. I like the players who are out there and do difficult stuff, but my approach is rather the opposite. When I compose, I don’t need a drum rhythm, I may even forget about it completely. You might think that it was not a drummer who composed the tune. And it may not even be that interesting, rhythmically. My main thought is to make it interesting for all the people who play together. Sometimes as a drummer I am stuck when we start playing my compositions. I am behind the drum set and I say to myself ‘How am I going to do this, this is interesting.’ It’s almost like stepping into another project. I have to figure out how to colour my composition.”

MvS: You mentioned that you have written music for your Quintet and singer Song-Yi Jeon, who can be heard on your new album too. And you are preparing for future collaboration with ballet dancers. How do you write for a project like that?

SMH: I am still learning day by day. Having a routine of erasing and writing and listening to a lot of different albums and styles, makes me think about what I do. Most importantly, I try to see a bigger picture in music for people who must understand it from a different perspective, like dancers. Writing this music will be more about understanding what they are and then blend their approach and mine. It’s a new challenge for me. I hope I can meet them and rehearse soon.”

The album A Self-Strewn Portrait by Sun-Mi Hong Quintet is out now on Zennez Records.