Holdup, the new EP From Ola Onabule and The Hazelrigg Brothers

Now and then a collaboration comes along that grabs your attention and earlier this week this is exactly what happened when the new EP from vocalist Ola Onabule and The Hazelrigg Brothers hit our mailbox. Ola Onabule is, of course, no stranger to Jazz In Europe readers however The Hazelrigg Brothers maybe a little less known and we expect that this release will somewhat change that perspective.

For those readers not familiar with Ola Onabule, a simple Google search will deliver enough material to keep your eyes and ears busy for quite some time.  However, I think it appropriate to metaphorically delve a little deeper into the Hazelriggs. The Hazelrigg Brothers consist of George and Geoff Hazelrigg, both Pennsylvania based musicians, and together with drummer John O’Reilly have formed a piano trio for several years. I first became aware of the group through pianist and producer Jason Miles who tipped me on their last album “Songs We Like”. I can honestly say after the first listen I was sold and felt compelled to reach out to them to find out more. The interview with the brothers can be read here.

So back to the issue at hand, recently Ola Onabule released his latest album “Pointless” and I was thrilled to see Geoff Hazelrigg guesting on the album playing Hammond on the track “And Yet”. This meeting of minds sparked the idea of returning the favour with Ola collaborating with the Hazelrigg Trio. Late last year during Ola’s last American tour he took a few days off from performing and travelled to Doylestown, the home town of the Hazelriggs, to spend a day in their basement studio with this three-track EP as the result of the session.

Geoff went on to say that the project with Ola came out of the sessions for his Pointless album. “Ola used our pre-amps for the recording and I played on one of the tracks. We’ve always thought that if we can get it scheduled it would be great to do something together”.

The Hazelrigg brothers are not only accomplished musicians in their own right but also manufacture their own brand of high-end studio pre-amps that are used in many leading studios worldwide. In their continuing search for total audio transparency, the brothers have adopted a recording method aimed at capturing the true unprocessed essence of the room sound. George stated “We spent years recording rehearsals and analyzing what we were playing and how it translated while listening back. That led us down the road of improving our instruments, recording gear and techniques, and altering the room acoustics. In the process of all that, we dialled in our approach to playing the material so that it could be captured in the way that we heard ourselves play: without headphones for monitoring or any amplification of any kind. We had gravitated towards a minimal microphone scheme and finally struck upon the right setup with two AEA R88 ribbon mics, powered by our own mic pre-amps. In effect, we became the stewards and manufacturers of the D.W. Fearn line of vacuum tube recording gear”. 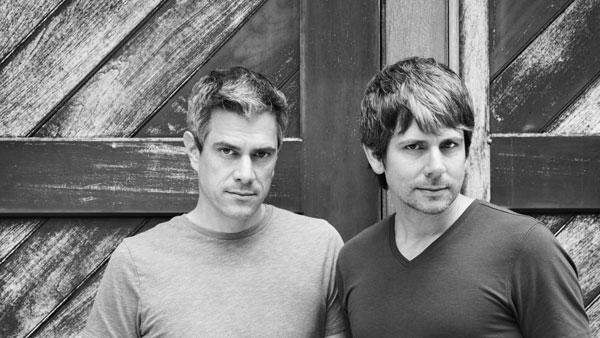 The EP includes three tracks not normally associated with the jazz repertoire, Steve Winwood’s “Can’t Find My Way Home“, Jimmy Hendrix’s “Wait Until Tomorrow” and Steely Dan’s classic “Book of Liars” all given the Hazelrigg treatment.

For Ola, this was a new experience and when asked to speak about it he wrote: “It took place in the basement of a pleasant, unassuming home and assembled where a cast of exceptional musicians: The Hazelrigg Brothers, George and Geoff and their drummer John O’Reilly, a legendary audio engineer/audio equipment designer, Doug Fearn and yours truly of course”.

“The equipment assembled is spartan but of the finest premium I’ve yet recorded with: A rack with a tasty assortment of DW Fearn Mic Pre-amps with the man himself, Doug Fearn running the session behind a closed door and an ‘acoustic duvet’ re-purposed as additional sound baffling”.

“Downstairs in the basement recording studio, a trio of imposing AEA ribbon microphones populated the room, each hovering with strategic purpose over the instruments. The largest one loomed with authority over George’s Steinway piano. Another one covered Geoff’s double bass while the 3rd was positioned to capture my voice, protected from spillage by a SE Reflexion filter they’d owned a while but had not the opportunity to press into service until this session. The drums were not mic’d but all the other microphones are positioned such that the drums sound pristine, present and musical in the final recordings. After a little time spent routining the songs over coffee & tea, we begin the recording process. All the songs went down 100% live, complete takes of full renditions of the material”.

“Much to my initial consternation, we recorded without headphones! The Hazelrigg Brothers had perfected this modus operandi for the exemplary recordings of their 2018 album ’Songs We Like’ so I knew what to expect. However, this approach was an absolute first for me in an environment such as this. As it turned out though, the traditional concerns and arguments in favour of monitoring via earphones, worries about tuning and intonation as well as being able to hear all the instruments with separation and distinction quickly melted away”.

“It became patently clear that the space in which we were recording was intimate enough to hear myself and everyone else with ease and clarity. In these richly experienced chaps played with incredible sensitivity to the music and the acoustic space in which we were making it. John, the drummer finessed his dynamics impeccably. This approach to the recording process was the big ’take away’ for me. It was the most natural, pure, almost ‘primal’ session I’d ever experienced. That helped me deliver what felt like the most spontaneous vocal ever“.

Having heard the recordings I can only hope that the project will be continued and lead to a full album in the near future.