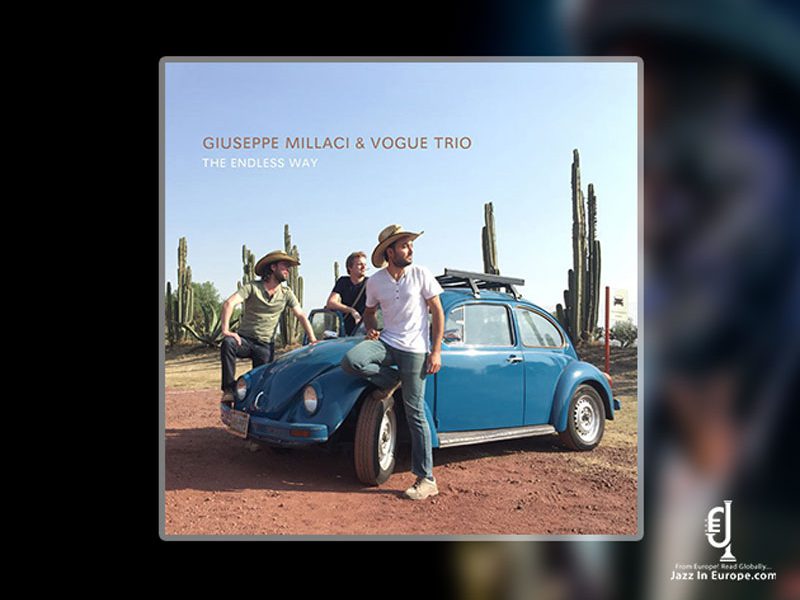 Giuseppe Millaci and his Vogue Trio release their long awaited  follow-up to their 2017 Debut release “Songbook” today on Hypnote Records. Titled “The Endless Way” the album the new album marks a new stage in the development of the the trio highlighting the interplay between the three musicians. Since the release of Songbook the trio has maintained a rigorous touring schedule and many of the influences and impressions gained on the road have inspired the music on “The Endless Way”.

Bassist Giuseppe Millaci was born in Sicily and relocated to Belgium as a teenager where he developed his passion for jazz and the double bass. After graduating from the Royal Conservatory in Brussels, where he studied under the guidance of maestro Jean-Louis Rassinfosse, Millaci formed his trio together with French pianist Amaury Faye and Lionel Beuvens on drums.

Since it’s inception the trio has been very active on the European jazz scene performing throughout Europe as well as internationally and their first release garnered the Octave de la Musique – Pointculture award in 2018. The new album “The Endless Way” features the same line-up and can be seen as a further continuation of the the direction set by Songbook. As mentioned above, the music included on “The endless Way” reflects the bands travel experiences as the trio sheds light on a series of concerts in Central America that has proved to be a key moment in the evolution of their music.

The Endless Way is a condensed version of emotions that subtly blend together in a masterfully performed set with finely crafted architecture and refined arrangements: a teeming universe in which the three musicians alternating as soloists and accompanists embark on a journey of improvisation that rival each other in intelligence, virtuosity and elegance.

Editors Note: Please keep an eye out on this platform for a full feature interview with Giuseppe Millaci to be published in the coming weeks.