Blues rocker guitarist Steve Miller continues his blues project with Jazz at Lincoln Center on Dec. 13-14 in Rose Theater as he explores the legacy of Cannonball Adderley. Joined by the powerful Patrick Bartley Sextet and stunning vocalist Brianna Thomas, this performance will fill your soul with rhythm and blues.

Miller is curating a blues pedagogy with JALC performing every year in December, this time concentrating on Cannonball Adderley and the blues. “This is crazy, in 1970 or ’71, Cannonball toured with me!” exclaims Miller. “Back in the day when the Fillmore Auditorium was getting started in the late 60s, you’d see shows like Cannonball, Charles Lloyd, Rahsaan Roland Kirk and all different types of jazz groups would come in. The first time, Cannonball called me to come and play with him. He invited me to come and jam. I was young and brash and didn’t know how to play jazz. I’m not that kind of musician. But I got up there and he put me in the band and we just got right to work! It was that easy. I always loved Cannonball. He was such a great guy! He was an amazingly generous and elegant and eloquent musician. We toured together and recorded a bunch of stuff we never released. He is a perfect example of blues and jazz. If you listen to all of Cannonball’s recordings, it’s stunning how broad his reach is. He always seems to come back to blues. So this show will be a presentation of that; what great jazz players are great blues players. 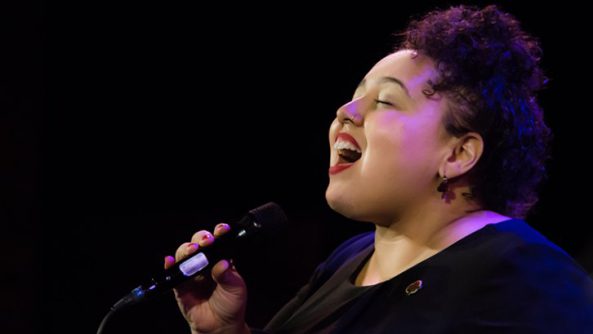 Cannonball’s hits like ‘Mercy, Mercy, Mercy’ made it very easy for the world of listeners to fall into jazz. It was really easy to listen to. Of course, he ends up playing with Miles and Coltrane on the greatest jazz record of all time which is a blues record (‘Kind of Blue’).”

Steve Miller was born in Milwaukee, Wisconsin in 1943 and learned his first guitar chords from his father’s friend, the great Les Paul. Miller came from a family of musicians and moved to Texas in 1950, where he met T-Bone Walker at age nine. He was influenced by Muddy Waters, Howlin’ Wolf, Buddy Guy and Paul Butterfield. Miller went on to cognify the electric blues and reach a rock following that continues to this day. He tours constantly and was inducted into the Rock and Roll Hall of Fame in 2016, but his love for the blues is deep in his soul.

Miller offers the short version of the blues trail. “With the slave trade, Africans were brought to the Delta and they would bring the banjo and the griot traditions of the call-and-answer forms of African music. Eventually, the slaves are emancipated and then you have all these indentured people from the British Isles who were shipped to Pennsylvania. After they worked off their debts, they all started migrating South. President Andrew Jackson hires Daniel Boone to open up the Cumberland Gap, where many of these people settled. What happens is the Black culture and the British Isle culture meet up when they are building the railroad tracks and the mines and cutting down the trees, working together. That’s the beginning of the Black culture and the White culture mixing in America. It all happened first with music and musicians.”

Now you got the African banjo and the European violin and the guitars, these people working together and after work playing music together. So this is country music and it starts moving down the Mississippi and ends up in New Orleans where there’s a whole bunch of French people playing classical music with horns. It all mixes together – jazz and blues. The Delta people end up in Texas and T-Bone Walker starts playing the electric guitar, as does Charlie Christian. Eventually, the music makes its way up to Chicago, so now you’ve got Muddy Waters playing Robert Johnson tunes. Junior Wells and Buddy Guy are playing electric instruments and while that’s happening rock and roll starts to take form with rockabilly. Elvis Presley was totally influenced by rockabilly and gospel. Everybody influenced each other so much.”

Music is the universal language. “You could go to China and somebody plays some Freddie King licks and everybody goes ‘Yeah!!’ (laugh). The musicians who can improvise are the interpreters and the ambassadors. I can go anywhere in the world and find people that like blues and play blues! That’s been my experience my whole life.”

Completing the Rose Theater performance on December 13-14 is the addition of a great backing horn section with the Patrick Bartley Quintet. “Patrick has been on all of our JALC shows where we had horn sections,” Miller says. “I’ve gotten to know him really well and he’s an amazing musician. Patrick grew up in the same town that Cannonball did in Florida (Cannonball was born in Tampa and eventually moved to Ft. Lauderdale), went to the same high school that Cannonball went to and where Cannonball started a jazz program. So Patrick is steeped in this music. I heard them playing Cannonball’s music one night at Dizzy’s Club and I was just stunned!”

Miller continues his praise of Bartley, “Patrick is like a combination of Bird, Phil Woods and Cannonball. He plays with the fluidity and intensity and I love everything about what he is doing. We’re going to feature Patricks’s group throughout the whole show. We’ve done a lot of these shows with Brianna Thomas and she’s such a sweetheart and such a great singer and so soulful.”

Steve Miller has been a contributing, cohesive addition to the Jazz at Lincoln Center family. He is also assisting Wynton Marsalis at the Juilliard School of Music with his blues pedagogy. Wynton has been the director of Jazz Studies at Juilliard since 2014.

“I’ve been doing this blues project at JALC for about five years now,” says Miller. “When I got here I didn’t know anybody and now I’ve got all these new friends that are such great musicians and I’m able to put these shows together. It’s just a wonderful thing!

The whole process of working at Jazz at Lincoln Center has taught me a lot, I’ve learned a lot, I’ve worked on a lot of things that I probably wouldn’t have done. I’m really grateful to do these shows,” Miller concludes with a smile.