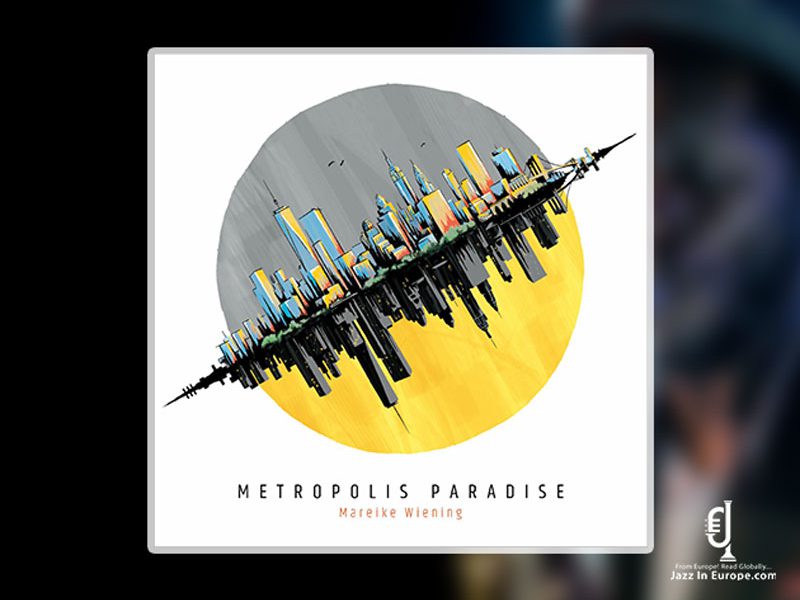 An in-demand sidewoman on the fertile jazz scenes of both New York City and her native Nuremberg, Germany, drummer Mareike Wiening asserts her extraordinary talents as composer, player and bandleader on Metropolis Paradise, her first full-length CD and debut on the Greenleaf Music label.

While Mareike’s highly interactive drumming fuels this spirited session, it’s the breadth and depth of her eight challenging compositions, along with her gift for melody and lyricism, that truly predominate throughout Metropolis Paradise. Her stellar sidemen rise to the occasion with impeccable execution and inspired soloing from track to track.

Wiening began studying piano at age five and participated in classical competitions in Germany until she was 16. She also studied flute for six years and sang in a choir for ten years before starting on drums at age 16, later playing in the German Jazz Youth Orchestra. She received her bachelor of music degree from the University of Performing Arts Mannheim and the Rhythmic Conservatory of Music Copenhagen and, thanks to a two-year scholarship from Germany, in 2012 moved to New York to work on her masters degree at New York University, where she studied with veteran drummer Tony Moreno. During her second year at NYU she began studying with Stefon Harris, a pivotal period in her musical development. “I took private lessons in composition as well as his harmony class,” she recalled. “His approach to improvising/composing/harmony and ear training/communicating within the band had a huge impact on my playing and my relationship to music. It opened up a whole other world to me.” She also cites Argentine composer Guillermo Klein as an important influence. “I love his music and I started taking private lessons with him in 2016 on a regular basis, which I still do. He had a huge impact, for instance, on the title track to Metropolis Paradise.”

“I would describe my music as very intuitive and emotional,” said the composer, “but because I’m classically trained on the piano, it’s also technically very demanding, especially for the pianist. Melodies are extremely important for me as well as interesting rhythms. I look for surprises when I compose, and for an emotional engagement.”