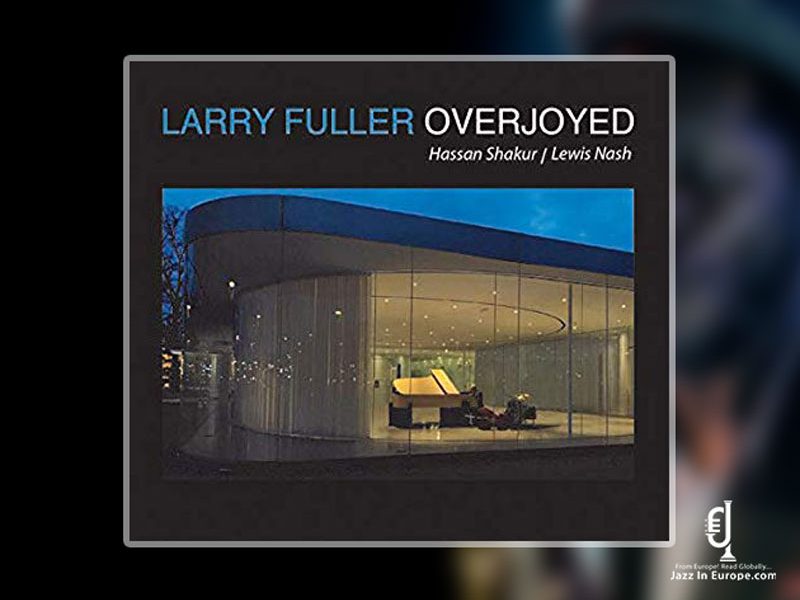 On his new release, Overjoyed (available May 17, 2019, via Capri Records), Fuller translates that invaluable experience into a deeply personal statement of jubilation directly communicated through rhythmically charged, yet sensitively inflected, improvisation. Melding in harmony with the bassist Hassan Shakur and drummer Lewis Nash, Fuller and his gifted compatriots inject soul and cheer into the Great American Songbook, Jazz, Blues, and Pop standards as well as companionable originals.

Fuller brings his own take to a sweeping variety of compositions including Stevie Wonder’s classic “Overjoyed”; Oscar Peterson’s “Bossa Beguine,” Wes Montgomery’s “Fried Pies,” Ray Bryant’s “Cubano Chant,” Ray Brown’s “Lined with a Groove,” and Richard Evans’ “Bossa Nova Do Marilla”; the standards “How Long Has This Been Going On?,” “Never Let Me Go” and “Mona Lisa”; the blues workhorse “Got My Mojo Workin'”; and his own finely constructed originals, “Jane’s Theme” and “The Mooch”. Exhibiting an outsized command of his instrument balanced by tasteful displays of inward beauty, Fuller has the worlds of swing, bebop and the blues at his command and isn’t shy about sharing his gifts to engage the full emotional response of the listener. Whether meshing flawlessly with his rhythm mates or exhibiting his finely honed sensitivity and imagination throughout lyrical solo performances (“Never Let Me Go” and “How Long Has This Been Going On?”), Fuller speaks with his own pianistic voice.

Famed for the exuberance he brings to the bandstand and the seamless connection that he makes with his audience, Fuller’s artistic message is as forthright as his music itself: “To uplift people with the joyous spirit of the music. To play with joy, to swing and play the blues. These are the hallmarks of jazz that inspired me as a child. They are traditions that I continue to aspire to.”