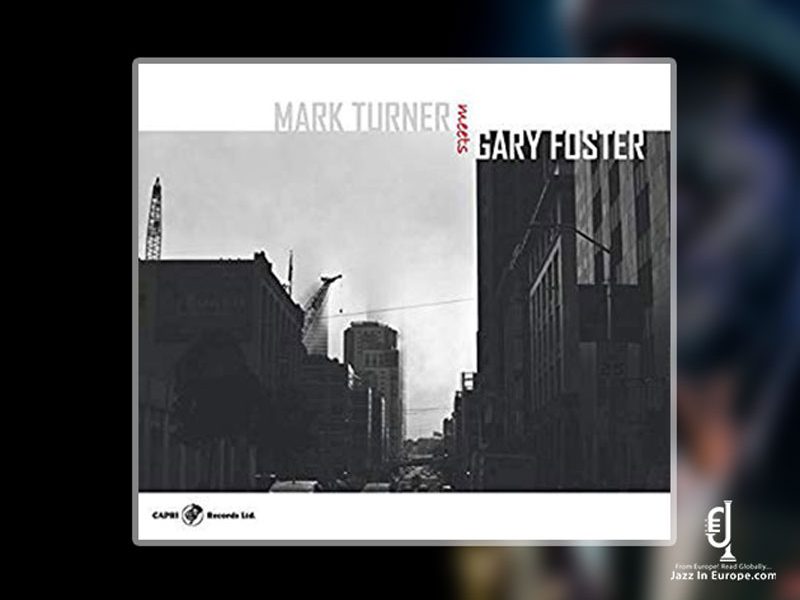 Although nearly thirty years separate the ages of the veteran alto saxophonist Gary Foster and the influential tenor saxophonist Mark Turner, both of these celebrated stylists hold the music of Lee Konitz, Warne Marsh and Lennie Tristano in high reverence.

With the live double-CD set Mark Turner Meets Gary Foster, these two players have a chance to find common ground over their shared musical influences. Supported by the rhythm of Putter Smith on bass and Joe LaBarbera on drums, Turner and Foster delve into core pieces from the repertoire of their heroes, including Marsh’s “Background Music,” Konitz’s “Subconcious-Lee” and Tristano’s “Lennie’s Pennies,” and “317 East 32nd Street” (which the legendary pianist composed with guitarist Billy Bauer.) In addition, the two saxophonists lace the standards “Come Rain or Come Shine” and “What’s New,” along with “‘Teef” by the hard bop altoist Sonny Red, into the mix.

If this in-performance recording reminds jazz aficionados of such well-regarded albums as Warne Marsh’s Ne Plus Ultra, the resemblance is intentional. Foster and Marsh were longtime collaborators, while Turner has gone on the record with his affection for the tenor genius, a regard that can be readily detected in Turner’s own prominent playing. Throughout Mark Turner Meets Gary Foster the two saxophonists bob and weave around each other much as Marsh and Lee Konitz did on their recordings with Tristano and on their own recorded encounters. (As Foster himself has done with both Marsh and Konitz, and Turner with Konitz.) Employing neither piano nor guitar, Turner and Foster are free to construct complex yet affecting melodic lines unhampered by undue harmonic restrictions.