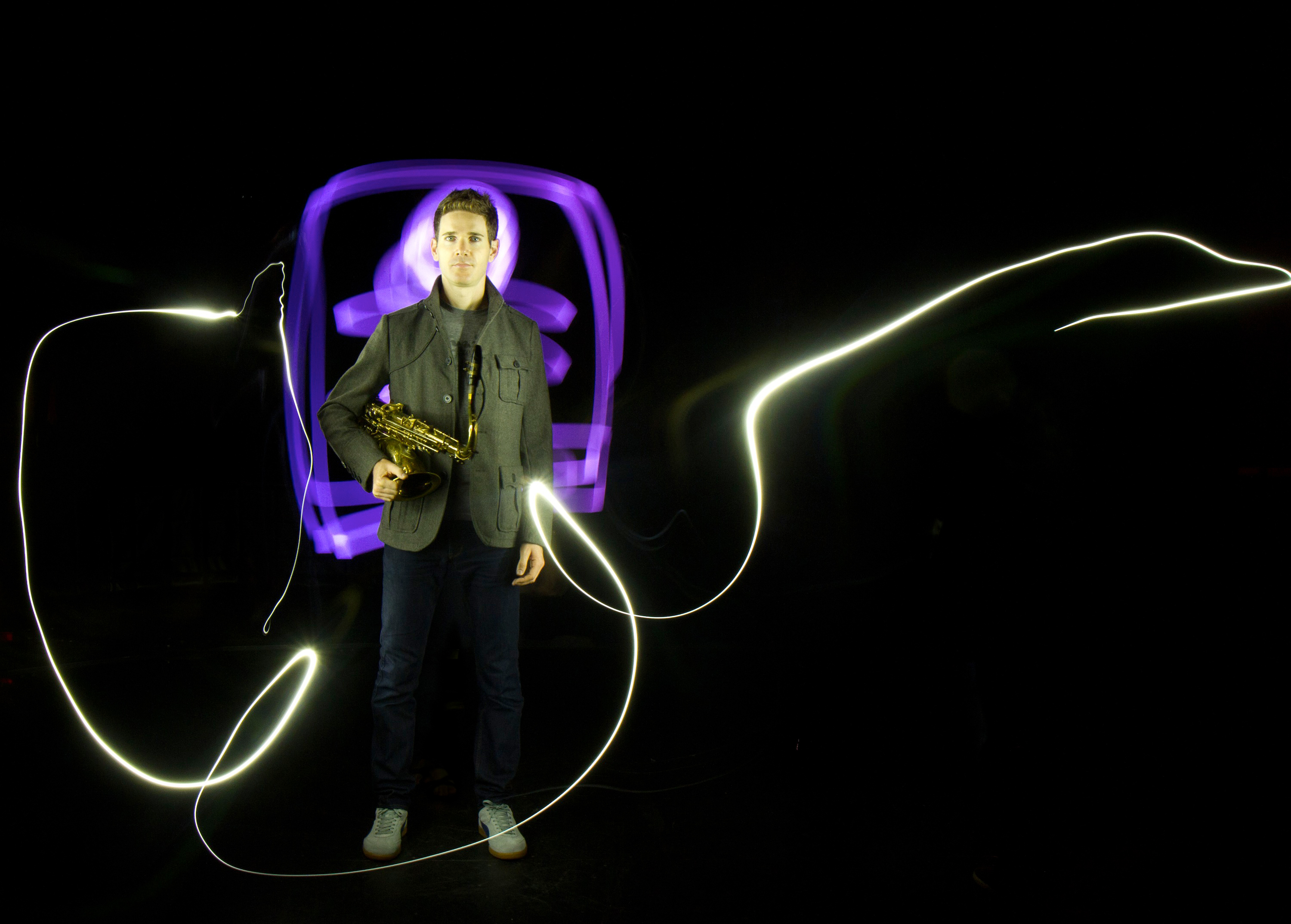 First, there was the worldwide acclaim for Kamasi Washington’s 2015 release “The Epic” to help to bring more attention to the West Coast, and especially Los Angeles long established and unfairly neglected jazz scene. Now La-la Land is filling the film houses with a Los Angeles jazz of another ilk.

Meanwhile, another saxophonist and composer, born on the West Coast of Canada and raised in Santa Monica, along the Pacific coast in Los Angeles, while now based in Brooklyn, New York, is also on the brink of garnering far wider attention than he has of late!

Grammy nominated saxophonist Ben Wendel (born in 1976, in Vancouver) studied music at Eastman School of Music in Rochester, New York, which is where he met most of the future members of Kneebody, a new generation jazz-fusion quintet that he co-founded in 2001, with members living in both Brooklyn and Los Angeles.

“Kneebody is a true collective–although it’s five musicians, we are always playing like one voice. Our focus is often about the whole sound and not individual solos or members, (although everyone gets to shine in their own way,)” says Wendel.

Just for example, the song “Still Play” from Kneebody’s album “The Line” (2013) starts with a too short weaving whirl of the saxophone by Wendel, and then it becomes a unified march down a curious, wobbly groove. Solos are short, submerged into another musician’s solo, just as it begins.

However, as a leader of his own group, Wendel is shining in a new or deeper light. While Kamashi Washington is a storm-trooper sounding-off from the front lines of progenitors like later Coltrane, or inspired by Horace Tapscott’s experimental/avant garde sound (from LA).  Mendel more recalls the West Coast’s cooler graze of saxophonists like Bill Perkins or Harold Land, for a return to modern jazz of supreme elegance. Unwinding into a uncontainable and majestic groove. With his own group, Wendel is simply able to open up, stretch out and more melodiously roar like never before.

“With the quartet, there is more freedom to highlight the individual players and show a different type of group conversation. Because I’m the leader and composer, I also get to shape the direction of the music in a more direct way,” he says.

On his 2016 release, “What We Bring” (Montemo Records), he plays with Gerald Clayton, piano, Joe Sanders, bass, and Henry Cole, drums, while for his upcoming European tour, his group includes players from across the States: Taylor Eigsti, on piano, Harish Raghavan, on bass, and Kendrick Scott, on drums. Eigsti is from the San Francisco area, Raghavan is from Chicago, and Scott is from Texas.

“I’ve been living in New York City for over seven years, but I still have a strong bond with LA and the music scene out there,” says Wendel.

“I have met and played with many musicians on the West Coast that have influenced me and continue to do so. Friends such as Terrace Martin (the producer of hip-hop artists Kendrik Lamar and Snoop Dogg) and mentors like Billy Higgins. Both cities have something special to offer an artist – just different approaches. LA gives you a lot of space to create with no pressure. New York is maybe the opposite, but in a good way – it creates pressure through proximity and high level, high intensity artists. It forces you to find your voice quickly. So both cities have valid and important effects on musicians,” he says.

The Ben Wendel Group will be on tour in Europe for a week of engagements until the end of February.