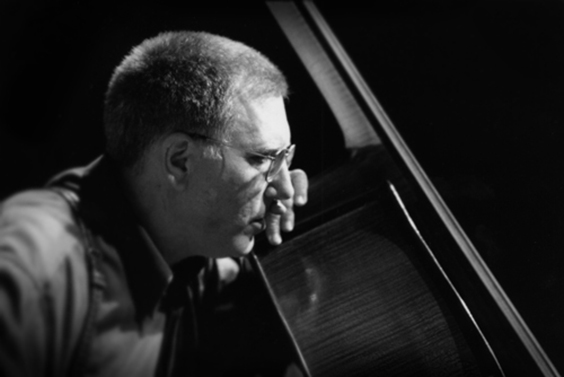 Bassist Chuck Israels celebrates his 80th birthday today. With this in mind, I believe it’s a good moment to take a look at back at the extraordinary career of one of Jazz histories true living legends.

Chuck Israels was born on the 10th of August 1936 in New York City and at the age 10 moved with his parents to Cleveland. Chuck was born into a musical family, where music was a normal daily activity, however, the focus was more toward classical music than Jazz. In a recent interview with the Jazz Society of Oregon, Chuck stated, “The particular pull toward jazz had to do with finding an identity. I had no reason to rebel in any significant way, but my parents didn’t quite get jazz in the way I did. That probably was a part of its attraction to me.”

Chuck attended the High School of Performing Arts in New York and later transferred to Brandeis University where he received a B.A. in Music. According to Chuck, it was here at Brandeis where he first met Bill Evans.

“There was a concert going on there (possibly Gunther Schuller’s preparation for his “Modern Jazz Concert”) that involved a bunch of musicians who later became my friends and mentors. Here were these New York jazz musicians at this isolated university, not expecting anything. Then they walked into the place where they had to go to get food, and found pianist Steve Kuhn, drummer Arnie Wise and me playing jazz. They were in shock! At that time, there was no jazz in college, you didn’t find kids doing this in college. Those guys were George Russell, Art Farmer, Bill Evans, Hal Mc Kusick, Barry Galbraith, Joe Benjamin and Jimmy Knepper.”

During his time at college, Chuck was active as a bassist and had the opportunity to perform with Billy Holiday, Bud Powel and John Coltrane. After returning from a trip to Europe Chuck moved back to New York City where he joined George Russell’s sextet. This engagement was followed by a short stint in 1960 with the Benny Goodman Orchestra. After this Chuck returned to Europe, touring with Jerome Robbins Ballet USA, it was during this trip that Chuck received the news of Scott LaFaro’s tragic death. After receiving this news Chuck had a feeling that he may get the call, “I knew when I got home, there would be a message from Bill Evans — and there was.”

“In the fall of 1974 I was playing trumpet with the Duke Ellington Orchestra, which was led by his son Mercer at that time. Chuck Israels received some funding to start a big band and was looking for an arranger and someone to help him organize the National Jazz Ensemble, which he envisioned as the jazz equivalent of the NY Philharmonic. We would play some of our own compositions, but the focus would be on performing classic jazz compositions. I asked him, “Why don’t we just play our music?” His answer was: 1. Listeners would love to hear the music that was only available on records. 2. Wouldn’t it be fun to play all that music that we grew up listening to and still revere? I agreed on both issues, whereupon he gave me an article by Martin Williams that called for the creation of Repertoire Jazz Orchestras.”

After his retirement from Western Washington University Chuck moved to Portland Oregon where he formed the “Chuck Israels Jazz Orchestra” with some of the city’s best musicians. With this ensemble Chuck has released three critically acclaimed recordings “Second Wind: A Tribute to the Music of Bill Evans” (2013), Joyful Noise: The music of Horace Silver. (2015) and his latest release featuring his own compositions “Garden of Delights” (Dot Time Records DT9051).

At age eighty, Chuck is not ready to put his feet up and is still highly active. February 2017 will see the follow-up release to “Garden of Delights” and we can expect to see more recordings from the “National Jazz Ensemble” being available. From a performing perspective Chuck has plans to tour were possible with “Chuck Israels Jazz Orchestra” and is in high demand as a conductor and arranger.

Happy birthday Chuck and we at Jazz In Europe wish you many more returns.