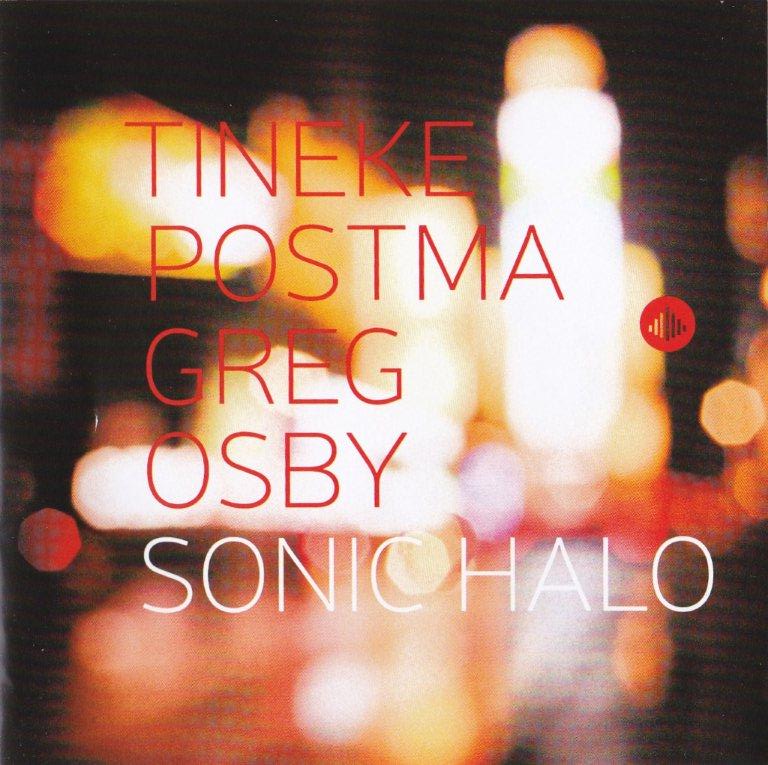 It took some effort however the album Sonic Halo by saxophonists Tineke Postma and Greg Osby has eventually been released. Record label Challenge Records has been able to bring this CD to the market thanks to a sucessful crowdfunding campaign on Kickstarter.

It was an emphatic wish of Tineke Postma to make the album with Greg Osby. The CD features nine songs, five written by the Dutch saxophonist, three by the American reed player. In addition there is an almost unrecognizable version of the standard Body and Soul. Altogether over an hour of catchy, modern improvised music.

There are not many records in which the two soloists play both alto and soprano sax. That makes this CD already special. Add to that the talents of the rhythm section and it is not surprising that the results are impressive. Sometimes it sounds like free jazz, like in the song Source Code (Postma), but it is still mainly modern, rhythmic music.

Greg Osby is seen for years as a master saxophone player. Tineke Postma is one of the most influential women in the jazz scene. Her work in Terry Lyne Carrington’s Mosaic Project is praised. The drummer is quoted as saying about Postma: ,,She animates your mind, touches your soul and pleases your ears.”

Both musicians confirm their reputation on Sonic Halo. It’s a CD with what you might call modern jazz chamber music, stylishly executed. And with interesting compositions of both saxophonists. In particular, the energetic Melo (Postma) and the thoughtful Where I’m from (Osby) appeal to the imagination.