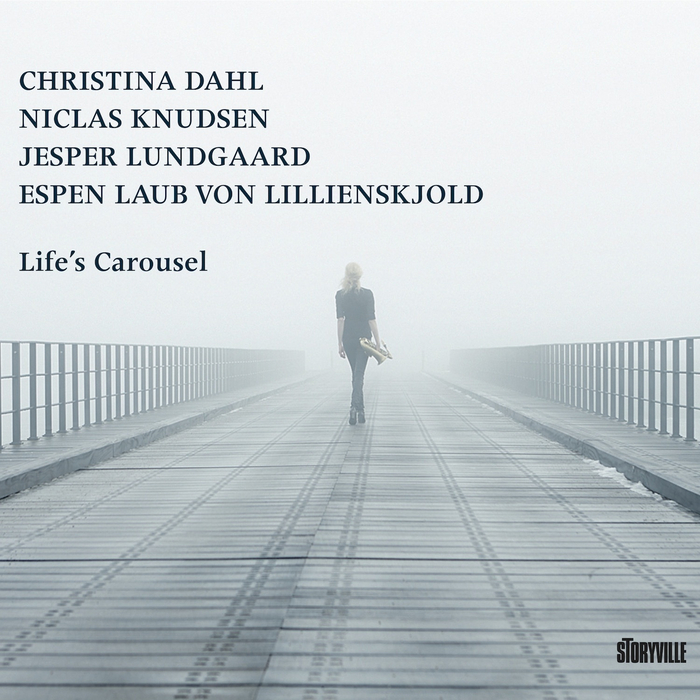 By CHRIS MOSEY  | courtesy of ALL ABOUT JAZZ

She is a very forceful player, guilty perhaps, on occasion, of over- compensating for her femininity. Still, the saxophone has always tended to encourage extremes of expression, from the raucous, macho honking of rhythm ‘n’ blues men such as Earl Bostic and Jackie Brenston, through those Jazz At The Philharmonic “battles” between the giants of yesteryear, all the way to the extended soul searching of John Coltrane and demented declaiming of Albert Ayler.

It wasn’t always thus. Once upon a time folks in their thousands thrilled to the lush, rhapsodic tones of Johnny Hodges, who had nothing to prove, except that he wanted a pay rise.

Dahl wants to express herself. She composes her own material, trying— she says—to “reflect on life, creating musical snapshots of its extremes, contrasts and vulnerability.” She says, “Composing music to me is telling stories.” When performing, she explains the particular story to her audience then plays it.

She produces some quite lovely melodies on occasion but then, seemingly feeling that she has relaxed her guard too far, starts coming on like Godzilla on speed, squawking and blipping as she rips the city and its inhabitants to shreds.

Not always. The session starts out with “Intuitive Spring,” an edgy ballad, which actually contains echoes of Hodges (albeit on tenor). Niclas Knudsen contributes an understated solo on guitar before handing the mike over to bassist Jesper Lundgaard. Then Dahl returns, kept on the straight and narrow by Lundgaard.

“Thundering Heart” has its moments—notably in the statement of the theme—but degenerates into nerve-wracking free form before close of play. Dahl then goes in “Quest For The True Nightingale,” which is nicely lyrical on occasion, with an appropriately folksy feel. Here she plays in more “breathy” mode and Lundgaard puts in some sterling work. Things fall apart before a return to the theme and a deeper exploration of its melody, with some rocking guitar from Knudsen. There follows an inventive “outro” by the leader.

In “Lifetile” Dahl ventures cautiously into Coltrane territory but is back in “breathy” mode for the title song, perhaps recalling Ben Webster, who is buried in Copenhagen. Webster had nothing to prove so long as you bought him a drink in the interval.