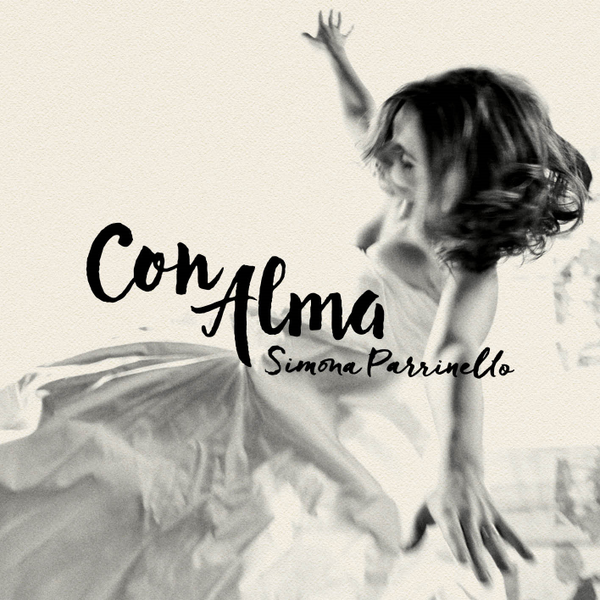 This life is full of surprises, some good, some not so good. Simona Parrinello’s début release “Con Alma (Dot Time Records DT9049) falls into the first category. Parrinello states the “Con Alma was inspired by some of the leading figures in the history of jazz music, the first and foremost being Duke Ellington and Billy Strayhorn.” With this in mind it’s important to note that this album is not the run of the mill standards album. Con Alma is an album full of originality and shows Parrinello as a force to be reckoned with.

The album opens Beatrice, a haunting version of the Sam Rivers tune, and set’s the tone for the rest of the album. Parrinello’s voice weaves seamlessly with the piano accompaniment from Gianluca Di Lenno and creates a beautiful sound-scape that leaves you itching for more. The albums title track Con Alma follows showing just what can be created using just a few syllables. This Gillespie classic meanders in a caravanesque manner over a sublime latin feel leaving very little of the original in tact.

Highlights of the album are hard to find as almost all tracks are fit for nomination. In my opinion the stand out tracks are “Everbodys Song But My Own” and Parrinello’s setting of the Maya Angelou poem Caged Bird, titled on the album as “Caged Bird Sings of Freedom”

“Everybody’s Song But My Own” is perhaps the most accessible track on the album, this well crafted waltz stays with you well after the CD is back on the shelf. With the introduction to “Caged Bird Sings of Freedom” Parrinello brings this amazing text to life evoking all the passion of Mingus’s “Goodbye Pork Pie Hat” before showing her European colours once the band enters.

This album is a pure gem and should take pride of place in any music lovers collection. Highly recommended.