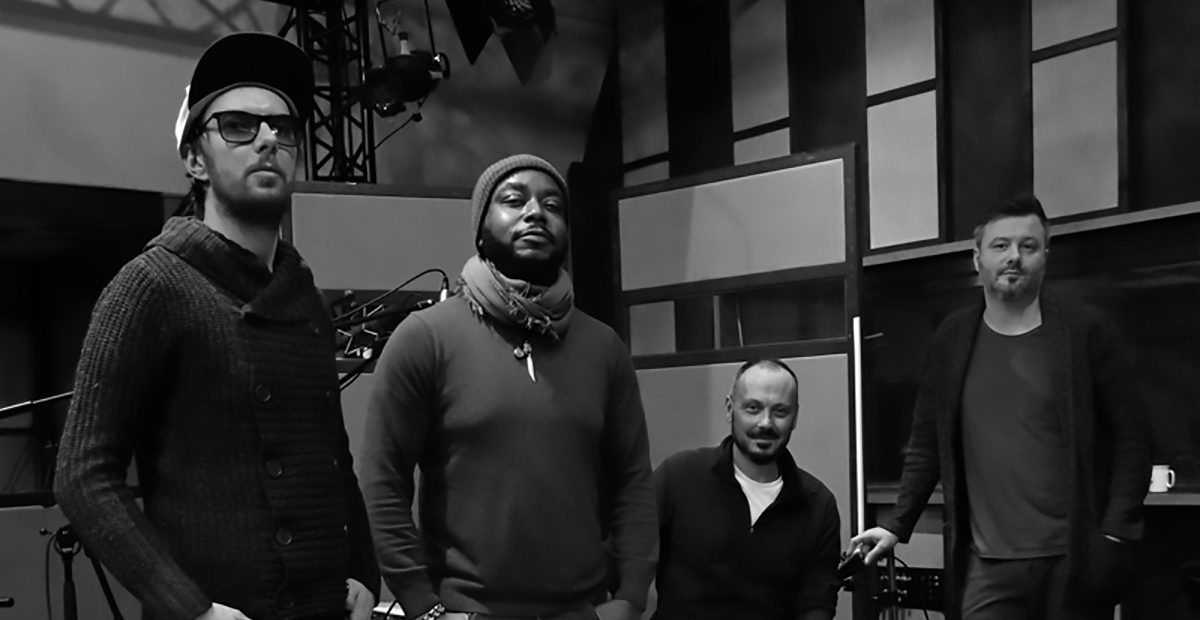 German based drummen Guido May recently released his latest CD titled ‘Flow”. For those unfamiliar with Guido, he is one of Germany’s top Jazz and Funk drummers with a list of credits that include both prominent German and international jazz artists. May is perhaps best known for his long term collaboration with funk icon Pee Wee Ellis and May stated that he views this album as both a tribute to Pee Wee as well as their 25 year long musical journey. 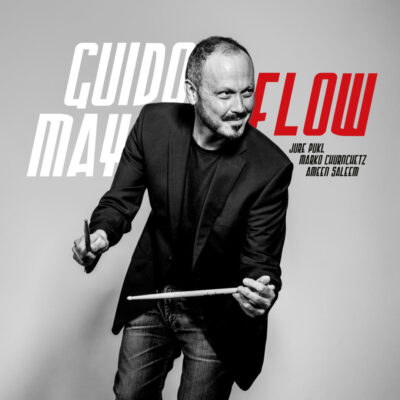 The album contains a number of re-imagined standards including two compositions from Pee Wee Ellis as well as two original compositions written by May. In the press release that accompanied the album, Guido explained some of the background behind the recording and his choice of player’s. “After playing improvised music for more than 30 years, I wanted to record an album that combines all of my influences on one recording, from Morden Jazz, Brazilian, Cuban, big band, funk etc….” Speaking about his choice of players Guido went on to say “I first met Jure Pukl (Tenor saxophone) and Marko Chunchetz (piano) at an audition for a professorship. They completely understood my ideas and perfectly executed them musically. It was while we were playing that I decided to do a recording: one sound, just quartet, all styles combined. On bass I chose to use Ameen Saleem, I first met him during two European tours with great Italian piano player Antonio Faraò and was totally blown away.”

On my initial listen to the album the first thing that jumped out was the amazing sound of the recording and in particular the sound of the drum kit that’s not overly compressed and retains the full resonance of the kit. Unfortunately, details regarding the recording credits were missing from the information I received however credit must go to the recording and mix engineer. According to May, the album was recorded in no less than 8 hours, with most of the tracks being first takes, and mixed in 2 hours. Considering this, the sound quality of the recording is all the more exceptional.

The performances on the album are exceptional throught the album, May is a powerhouse in the rhythm section and the combination with bassist Ameen Saleem creates a solid base for both Jure Pukl and Marko Chunchetz to stretch out and believe my, this they do. Jure Pukl has long been on my list of top European saxophonists and his contribution to this album certainly doesn’t disappoint. Marko Chunchetz on the other hand is new to me and wow, what a find. There are a number of piano solo’s on this album that truly blew me away.

That said, let’s move on to the music. Opening with the Cole Porter classic “Love For Sale” May and crew take this old stalwart and give it odd meter funk feel and good dose of re-harmonization. I particularly liked the way that Jure Pukl (Tenor saxophone) and Marko Chunchetz (piano) took the solo section and largely just traded 8’s before coming back to the bridge to take it out. As mentioned above, May has been the long term drummer in Pee Wee Ellis’ touring band, so it definitely doesn’t seem out of place for him to tackle one of Ellis’ best know tunes, “The Chicken”. Kicking off with a great second line groove, the band take this well known piece and play havoc with it by pulling a number of subtle rhythmic and harmonic elements out of the hat giving the piece a far more modern flavor and move it away from just another jam.

Charles Fambrough’s “Dolores Carla Maria” follows and is a fairly straight bossa with no real twists and turns but a spectacular tenor solo from Jure Pukl. This track is played very well, but as the far as the arrangement goes perhaps a little to pedestrian for my taste. Ellington’s “Caravan” is one of those tunes that has been arranged and re-arranged by almost every jazz musician at some stage in their career and May’s take on the track couches it as a funk piece with the bridge appearing with an Afro-Cuban montuno in the piano. I loved the feel that he band laid down for this track, both May and and bassist Ameen Saleem are as solid as a rock leaving plenty of room for both Jure Pukl and pianist Marko Chunchetz to dispatch their solo contributions. 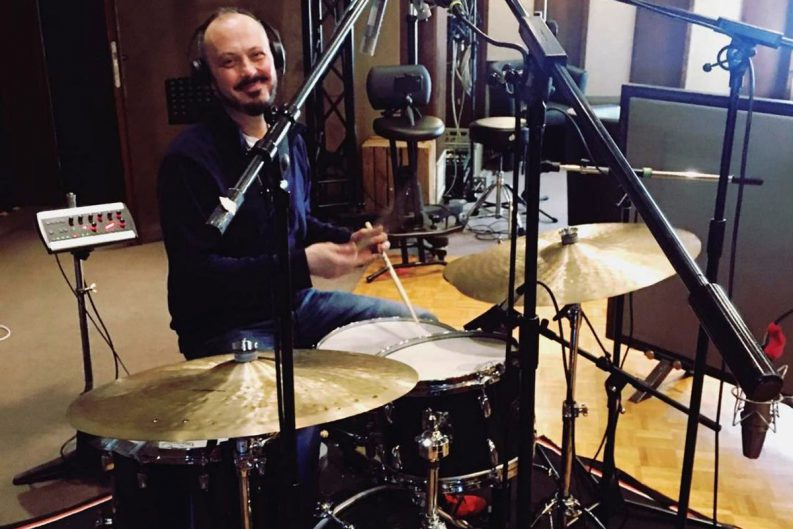 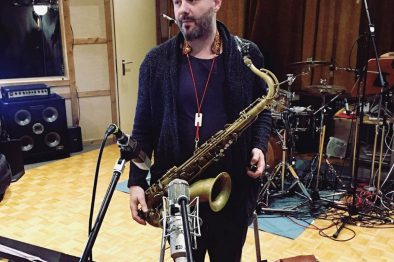 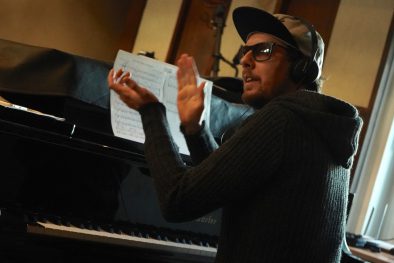 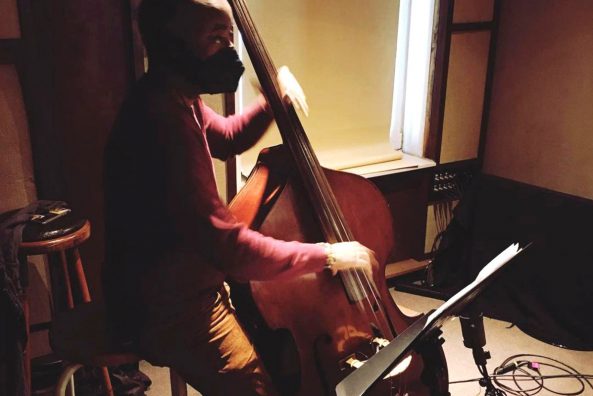 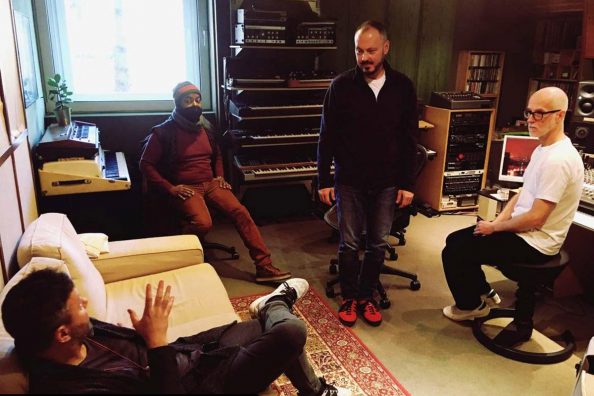 The following track is Monk’s Evidence. Speaking of this track May explained “Being a big fan of the structured playing and composing of Thelonious Monk, I choose to do an arrangement switching the time from 3/4 to 4/4 and back.” Played as a medium-up swing peice, one may think that constantly switching from 3 to 4 could through things off balance however, this is not at all the case here, this track swings like hell. Next cab off the rank is “Theme For Malcolm” written by American jazz pianist and producer, Donald Brown of the Jazz Messengers fame. Being familiar with this song from Donald Byrd’s 1998 “Landmarks” album, May and the band stay true to the original. Often albums led by drummers are either full of drum solos’, overly complex polyrhythms or both, however this is not the case with this album, while May is fully in control and omnipresent, this is a band album and the drum breaks are very subtle. On this track May takes a little more room to stretch out with an impressive solo over the songs prominent back beat in the piano.

Ballad for Jure is an interesting track that was fully improvised in the studio based on a melodic idea from May. There’s no doubt that this is one of the most interesting tracks in this set. Lasting only 2:11, there is a great deal of complexity going on here that belies the quite and calming atmosphere of the piece, just beautiful. “Din Don Dan”, with equal composition credits going to Pee Wee Ellis, Guido May and Sheik Lo, first appeared on the Pee Wee Ellis’ project “Still Black, Still Proud – An African tribute to James Brown”. The track features a 12/8 Afro groove switching to swing for the “B” section of the form. Often tunes that switch from straight to swing remind me a little of “On Green Dolphin Street” at a jam session but in this case it works really well. Great solos here from pianist Marko Chunchetz and May on drums. Closing out the album is a track called “Let Go”. Written by May, this track is is an up-tempo swinger that proves to be a perfect vehicle for extended solo’s from both Pukl and Chunchetz, a great way to close out this highly impressive set.

With “Flow” Guido May has delivered a great album that will appeal to a wide audience. The performances are spot on as is the sound quality. I enjoyed the choice of material and the subtle arrangement cues that just add that extra interest however, above all, this album is about the groove and May delivers this in spades. Highly Recommended.